The Case of Sepsis And The Swarming Staph

Researchers have found how Staphylococcus aureus may spread in the body 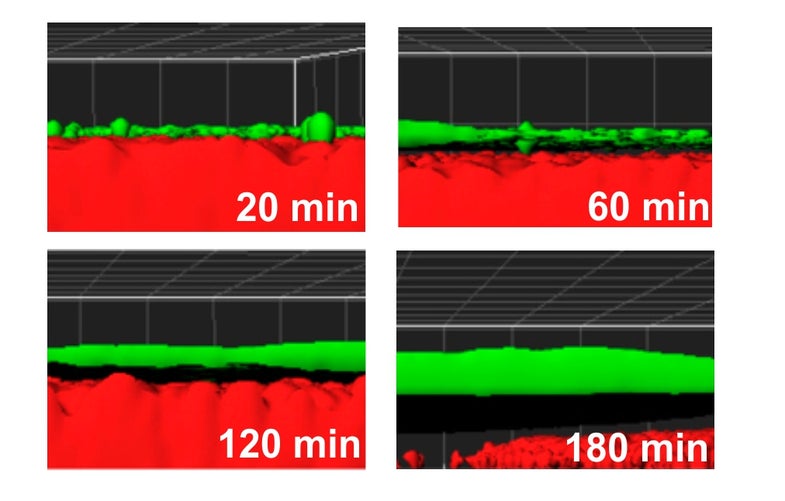 Staphylococcus aureus, better known as Staph, is a well-known opportunistic pathogen. On the skin, it’s harmless. But once it gets under the protective barrier, it can cause a host of medical problems.

The most basic skin-related troubles are impetigo and boils. But when this bacterium finds its way into the lower regions of the skin, such as a wound or catheter it can migrate to the blood to cause a life-threatening condition known as sepsis. 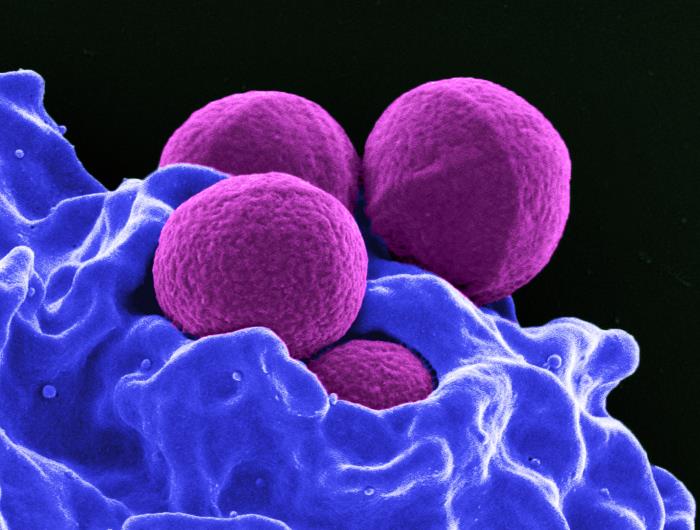 While the outcomes of infection are known, how the bacterium spreads inside the body has been unclear. Unlike many bacterial species, S. aureus has no ability to migrate. It simply grows on the spot forming colonies. Yet, in times of sepsis, there’s movement.

The most basic explanation behind this locomotive ability is a passive migration using the flow of liquid. Bacteria living on the surface of the colony are picked up and spread until they come to rest in another area. Yet, this doesn’t account for spread in areas where there is no fluidic motion.

Now there may be an answer thanks to a Taiwanese group of researchers. Last week, they revealed a potential mechanism to explain how the bacterium may be able to spread within the body. The trick, they claim, involves a combination of water extraction and the use of a biological detergent.

The team examined one particular group of molecules involved in bacterial growth. It’s known as a phenol-soluble modulins, or PSMs. These proteinaceous complexes are known to be involved in cell to cell communication known as quorum sensing. The process allows bacteria to signal one another such that they understand the nature of the environment. Quorum-sensing molecules can affect microbial growth patterns although in the context of infection, this phenomenon can modulate the immune response to prevent our defenses from coordinating a proper attack.

At the chemical level, PSMs are biosurfactants, meaning they act like detergents. When they mix with water, they can break up clumps allowing for bacteria to rise from the mass and drift away. According to the authors, S. aureus use these molecules to break up their own colonies and allow several members to float away in search of other places to infect.

The team performed the experiments in the lab using the most common form of microbial culture, agar petri plates. Normally, agar maintains a solid environment with little to no water flow. As a result, S. aureus forms large, round colonies and doesn’t move. This was the perfect control.

The bacteria used in the experiments were from a strain known to have the ability to travel in semi-solid environments. Two different forms were used; one with the capability to make PSMs and one that had been mutated to lose this trait. For the researchers, this strain could help them identify whether PSMs were involved in movement.

Unfortunately, when the bacteria were put on normal agar plates, the colonies, regardless of PSM expression were round. If PSMs were involved, there had to be another factor involved. The team found this ingredient to be water.

When the agar concentration was dropped such that water was available yet not flowing, the situation changed dramatically. When PSMs were present, instead of seeing circles, the group observed tendrils coming from the colony. In the absence of modulins, the colonies were still round.

Although the group had achieved their primary goal of showing involvement of PSMs in movement, they had another more troubling question arise. Even with a lower agar concentration, there was no readily available water to make the currents. Somehow, the bacteria with PSMs had found a way to distribute the accumulated water.

Using microscopy, the team found the answer. All bacterial colonies were flushed with water, suggesting they had extracted the liquid from the surface below. But, the bacteria with PSMs also formed microscopic puddles. In contrast, the cells lacking modulins had relatively little water outside of the colony. When the puddles were inspected, they contained films of floating bacteria, ready to find another place to call home.

For the researchers, this observation sealed the deal. Bacteria extract water to allow for increased growth. Yet, when the PSMs are present, they act as surfactants to break up the surface tension of the water, causing pools to form. In the process, a number of bacteria become caught up in the flow and move to the next location.

In the context of infection, the researchers suggested this preliminary finding could offer significant information for those concerned about bacterial spread. When the bacteria find a place rich in water, such as underneath the skin, they will grow. Then, with the help of PSMs, they will break up clumps of water allowing spread. Based on the information from the culture plates, the spread is rapid and may potentially lead to life-threatening issues in a matter of hours to days.