Facebook now gives you a grace period on your bad messages—and other apps do too. 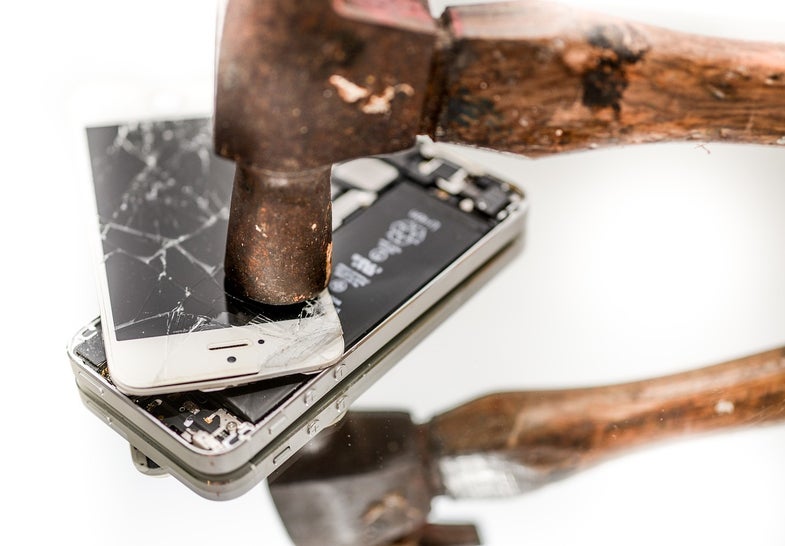 There are lots of reasons someone might want to un-send a message on one of the many messaging apps that currently populate your smartphone and computer. Maybe there’s a typo in the message you just sent to a potential employer or you wanted to complain about a co-worker putting fish in the office microwave— and sent it to the wrong person. Just this week, Facebook recently introduced an upcoming feature that allows users a short window of time in which they can recall messages sent through Messenger. It’s not the magical tool that lets you go in and nuke old messages from past conversations like Mark Zuckerberg reportedly enjoys, but it’s a start.

Here’s a quick guide to recalling messages on some of the most popular communication apps. Some are easier than others, and some are downright impossible.

With the 191.0 release of Facebook Messenger in the Apple App Store, users will have a 10 minute window to recall what they sent. The feature comes just a few months after some controversy about whether Facebook was deleting messages from CEO Mark Zuckerberg from other people’s inboxes. Until the update, you can delete a message you send on your own device, but the recipient’s version of your conversation remains untouched.

If you unsend a message with the new feature, however, it will disappear from the recipient’s feed, as long as you do it within that 10 minute window just after sending.

Facebook’s other messaging service, Whatsapp was its first to allow unsending, but until recently, you had to blow-up your message within seven minutes of sending. The current rules, however, give users “about an hour” to delete their messages from everyone’s feeds. The feature is called Delete for everyone and, while it will get rid of the original message that you want gone, it leaves a placeholder to indicate that a message was deleted. So, it’s not a perfectly clean way of scraping away your ill-advised or accidental communications.

Pulling back an Instagram message might be the easiest out of the bunch. Select the conversation and go to the message, then tap and hold until a menu pops up and you can push “unsend.” It disappears from both users’ histories.

Google’s ubiquitous email service offers you a chance to grab that flawed message you just sent with a feature called Undo Send. Your send confirmation comes with a “message sent” confirmation as well as an option to “undo,” which will attempt to recall the mail. You only get roughly 10 seconds to regret and recall your bad decision, so move quickly

Earlier this year, Google made this recall feature available through the Android version of the Gmail app as well. It will show up in a black bar at the bottom of the screen just after you push send.

Unlike the other services we’ve discussed so far, Hangouts is a stickler for getting your messages right on the first try because it doesn’t have a real unsend feature. You can turn off your own history so Hangouts won’t keep track of the conversation on your end, but it won’t hide it from the other person. Also, deleting a message or even an entire conversation from a group won’t scrape your contributions out.

The fleeting nature of Snapchat is a large part of its appeal—the app started the trend of self-expiring “stories” that currently dominates the social media landscape on Instagram and Facebook. Some content on Snapchat does last forever, however. Earlier this year, Snap gave users the chance to use a features called Clear Chat, which lets you delete stickers, audio, text, or pictures and videos that you sent from Memories. It won’t, however, let you unsend pictures or videos you send to groups or individuals. It basically only allows you to delete messages sent using archived content.

Pulling back a Twitter direct message is a fairly straightforward process. On the web, there’s a little garbage can next to the message that makes it easy to trash. On the app, you have to select and hold the message you want gone, but it’s still relatively simple. It automatically removes it from the other person’s inbox as well. However, people often check Twitter notifications immediately so there’s a chance they might see it before you can tug your message back out of their box.

Apple’s default texting service doesn’t have a recall function, and deleting a message in your feed will only remove it on your end. Now that 10-minutesages live in the cloud, however, thi10-minuteally an upgrade over how it was before where deleting a message on your own phone didn’t necessarily mean it would get deleted on your laptop or iPad. So at least there’s that.

Related: How to send self-destructing messages

There’s no official way to unsend a text from Android, but there are some workarounds. An app called “On Second Thought” gives you a sixty second window to call back a message sent in error. You can also always try the old last-second trick of quickly turning your phone onto airplane mode to try and cut off the connection before it can send. Fast connections and quick phones have made that one hard to pull off, however.