The Parajet Skycar: From London to Timbuktu on Biofuel

A 3,700-mile intercontinental journey in a high-tech swamp boat? Bring it on 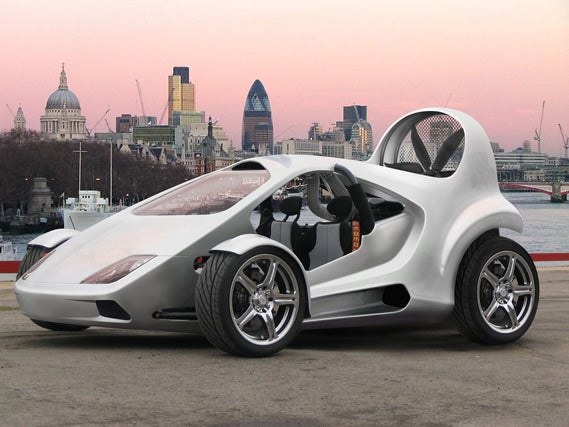 If you were wondering, Timbuktu isn’t some mythical city with a skyline of emerald buildings housing a race of unicorn-men. It’s a real place, situated in the west African country of Mali, a city historians cite as an intellectual and spiritual center of the 15th and 16th centuries. It’s also some 3,700 miles from London. Keep that in mind when you consider a scheme to cover those miles in a car that looks like an Everglades airboat designed by Luigi Colani.

The plan’s proponents call themselves the Skycar Expedition Team, a name that could have figured in a Gerry Anderson TV show. But they’re serious about the trip. Skycar designers include aviation engineer Gilo Cardozo, who says the Skycar will be able to toggle between “road mode” and “fly mode” in three minutes. Cardozo is best known for flying to Mount Everest in his Wankel rotary-powered Parajet, a personal aircraft he designed.

What makes the Skycar different from other flying cars is its unorthodox method of staying aloft. Still in the prototype stages, the vehicle uses a similar method of flight as Cardozo’s Parajet — a parawing that’s force-fed with air by a large fan. In the case of the Skycar, that fan is driven by a 140-horsepower Yamaha sportbike engine set up to burn ethanol. The team says an air speed of 100 mph is possible at an altitude of 2,000 to 3,000 feet.

Skycar is also expected to generate sports-car performance on terra firma, with a zero-to-60 time of around 4.5 seconds and similar off-road capability as a motorcycle or dune buggy. That kind of thing should come in handy in the Sahara.

The Skycar Expedition Team says it expects to get underway sometime in January 2009.