Can a classic thought experiment explain how we elected Trump?

Democrats who chose Trump through inaction were facing a trolley problem 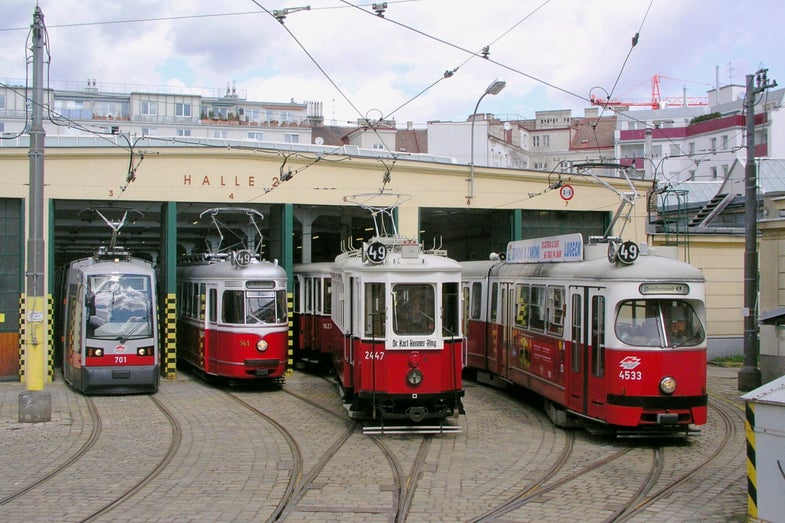 The psychology behind this classic thought experiment could explain why Trump won the election despite a historically low favorability rating. Martin Ortner / Wikimedia Commons
SHARE

In 2008, Barack Obama won the presidential election with 69.5 million votes, and in 2012, he pulled in a less impressive (but nonetheless sufficient) 65.9 million. In this year’s election, far fewer voters cast their ballots for either major party: Donald Trump won the electoral college and the presidency with a mere 59.3 million votes, losing the popular vote to Hillary Clinton’s 59.5 million. [Note: These numbers are as of noon on Wednesday, with 98 percent of reported votes in.] The low numbers are surprising given that the number of registered voters reached a record 200 million in 2016, with most of the new voters registered as Democrats. The fact that they didn’t turn out in high numbers contributed to Trump’s win.

With high stakes in this election—most Americans had a historically low opinion of Trump and even considered him unfit to be president—pundits expected that the average American would want to defeat the Republican nominee. And the only way to do so, realistically, was to vote for Clinton. But millions of voters chose not to, instead staying home or selecting write-in or third-party candidates. Why?

The trolley problem might explain this voter behavior. In the classic thought experiment, a trolley is barreling down its track, about to hit a group of five people. You have access to a lever that can redirect the trolley to another track, saving the group of five but dooming a single person on the second track. The problem forces you to choose between taking action and killing one person or remaining inactive and letting five die—it pits your personal morality (“I don’t kill people”) against a cold, Spock-ian assessment of the greater good (“I should save as many people as possible”).

Faced with a standard trolley problem, about 90 percent of people will choose the greater good, pulling the switch and saving the larger number of people. This changes, however, when feelings get involved. When they were given scenarios with strong imagery or emotions—they saw the victims clearly or one of them was a relative—participants were more likely to fall back on their personal morality and let the larger group perish.

Which brings us back to 2016’s incredibly emotional election. Third-party voters often phrase their decision as a moral choice: They don’t want one candidate to win, but they “can’t bring themselves” to vote for the other. (Clinton also had a low favorability rating going into this election, although it wasn’t as low as Trump’s.) That mindset turned this year’s election into a type of trolley problem: Voters knew that a Trump win would harm women, minorities, immigrants, members of the LGBTQ community, and others. However, to “save” these marginalized groups, they would have had to take action, transgressing their personal ethics to vote for a candidate they disliked or even distrusted.

The fact that millions of Americans instead chose to protect their moral self-image and do nothing suggests that their emotions won out over logic. For these voters, the ballot was a personal ethical decision rather than a means to an end.