A look into the world of internet breast milk commerce 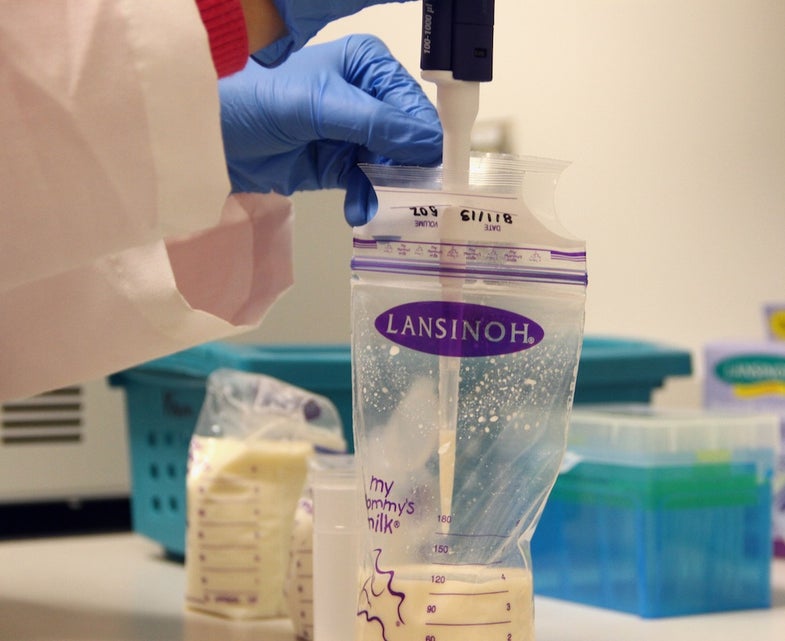 In a recent study, researchers examined 101 samples of breast milk that they purchased on an open exchange website. Nationwide Children's Hospital
SHARE

When organizations such as the American Academy of Pediatrics and the World Health Organization tell moms to breastfeed their infants, they may not be considering the role of internet milk. Yet, driven by their conviction that “breast is best,” a number of parents have begun buying and selling breast milk online. Experts have long worried buyers may be getting milk that’s spoiled or contaminated with pathogens. Now, a new study is offering the first scientific evidence that breast milk sold or donated in open online exchanges may indeed be dangerous.

The journal Pediatrics has published the first study of the safety of breast milk purchased online, comparing milk from milk banks, which screen and dispense milk, to milk from an exchange website anybody can join. The study scientists, from several Ohio research institutes, didn’t name the website from which they bought their milk, but popular ones include Only the Breast and Eats on Feets.

Team members purchased 101 breast milk samples from the exchange site and tested the samples for illness-causing microbes. They found 74 percent of the samples were contaminated with bacteria such as E. coli. “You just shouldn’t feed that raw to a baby,” the study’s leader, Sarah Keim of the Nationwide Children’s Hospital in Columbus, told Reuters. At least the researchers found none of the samples had HIV.

Breast milk from dedicated banks is safer, but limited in supply and up to three times as expensive.

Reuters explains the study’s implications well. The study didn’t directly examine whether contaminated purchased milk made babies sick. However, the study researchers say such milk is likely dangerous for infants, especially premature babies or babies with other medical problems.

Breast milk banks screen their donators for illnesses and pasteurize the milk they sell, so they’re safer, the researchers found. There’s only enough bank milk for the neediest infants in hospitals, however, and bank milk costs as much as $6 an ounce, The New York Times reports. That’s much more than the freely exchanged stuff, which ranges from $1 to $2 an ounce. The average one-month-old consumes 25 ounces of breast milk a day.

Check out Reuters and the Times for more about the study. But if you’re curious about who exactly buys and sells breast milk, of all things, check out Wired‘s 2011 feature on the practice. You’ll hear from both a buyer and a seller.