You are not a bastion of self-control. Everyone has a set amount of the stuff, and when life saps it,... 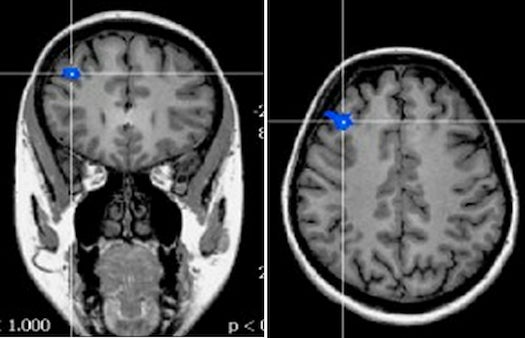 You are not a bastion of self-control. Everyone has a set amount of the stuff, and when life saps it, people can break. Now fMRIs from a University of Iowa study show exactly what it looks like when that happens.

The anterior cingulate cortex usually sends up the red flag when a situation requires self-control. It goes at a steady rate as long as it needs to. But the dorsolateral prefrontal cortex, which actually manages self-control, fires less and less the more it does its job. In other words, people know when they’re giving in, they just have a hard time doing anything about it after a while. 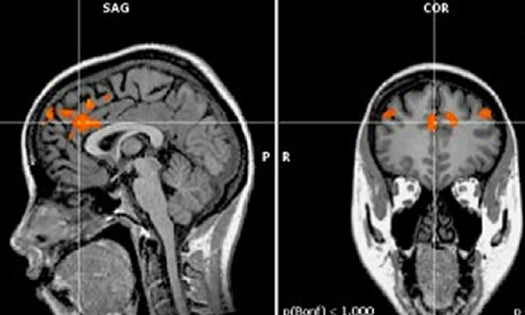 A brain doing its best not to lose it

To get the images here, neuroscientist William Hedgcock had test subjects perform two self-control tasks while going through an MRI. The first was to ignore words on a screen. In the second, subjects selected preferences based on presented options. By the second task their self-control reservoirs had been depleted and the MRIs showed the dorsolateral prefrontal cortex firing less.

At least part of this seems pretty intuitive. The more a person is under circumstances where they might lose self-control, the more likely they are to crack under the pressure. But mapping it is a step toward knowing what’s going to cause that crack and, maybe better, when.

The University of Iowa