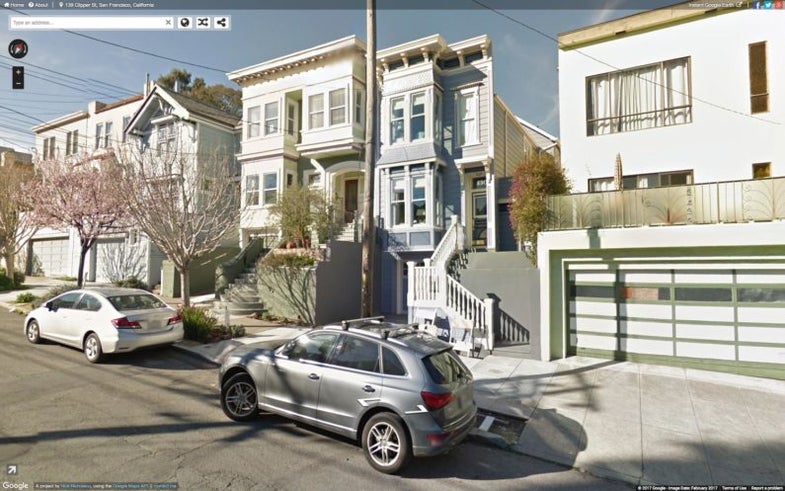 Google Street View images are filled with cars. That is a simple and pedestrian truth, and one which artificial intelligence researchers have taken advantage of to do something surprising. By analyzing car type, they were able to make predictions about the demographic information of the people in the cities they studied.

For example, the team, largely from Stanford University, analyzed whether they saw more pickups trucks or sedans in a given city. With a greater number of pickup trucks, the urban area had an 82 percent chance of voting Republican, and with more sedans, there was an 88 percent chance it voted Democrat.

Artificial intelligence systems shine when crunching staggeringly large amounts of data and then making predictions about what they see in it. In this case, that data came in the form of over 50 million images in 200 cities from Google Street View. From there, the researchers used an object recognition technique to pick out cars from other objects in the images. They then had to classify those vehicles—a whopping 22 million of them, representing 8 percent of all U.S. autos—by make, model, and year. To do that, they trained an AI tool called a neural network to identify them. (Specifically, they used a convolutional neural network, which is known for being good at handling images.)

The neural network went through the 50 million images in just two weeks. That would have taken an unlucky human around 15 years, according to a new study on the research published in the journal PNAS.

The study’s authors also had to figure out how car type was associated with factors like the political leanings of the area, and other demographic information. For that, they used regression analysis, a mathematical and statistical tool, to see how the vehicle type correlates with information they got from voting data and the census.

Ultimately, what they learned was “surprisingly accurate,” says Timnit Gebru, the study’s first author and previously a researcher at the Stanford Artificial Intelligence Laboratory. For example, their system predicted that Casper, Wyoming, is Republican. That’s backed up by the 2008 presidential election results, which the team used as a real-world indicator.

However, she cautions that their system wasn’t so accurate that it could replace actually conducting a census—although it could complement one. Or, in resource-poor countries, a method like this could be be helpful in gathering demographic information without the cost of a full census.

But the big picture is greater than just images of cars and predictions about voting histories. Gebru says that the strategy represents a new kind of tool that social scientists can leverage by turning AI techniques loose on vast amount of data, like those Google Street View images. And it doesn’t need to focus on cars and politics, of course; instead, researchers could look at trees, for example, and public health, Gebru says. Nor does it have to be just street images: it could sift through satellite photographs.

And at the end of the day, having an AI system do that is going to be orders of magnitude more efficient than doing it with only human eyeballs.