Why Do Doctors Abuse Drugs?

A study tracks the confessions of doctors in treatment for substance abuse. 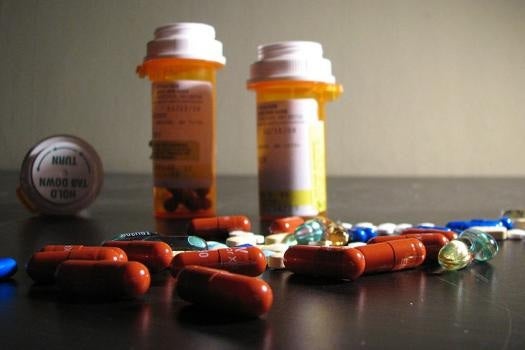 Why do doctors abuse drugs? For many of the same reasons their patients do, a new study finds. A team of researchers followed 55 drug-addicted physicians through their treatment programs and found the doctors reported using drugs to self-medicate for pain and stress, to avoid withdrawal, and for the high.

Researchers have long known doctors sometimes abuse drugs, including alcohol. And they do it at about the same overall rate as the general population does: About 10 to 15 percent of doctors will have a substance addiction problem sometime in their lives. Doctors are more likely than average to abuse prescription drugs, perhaps because they’re able to get them more easily. In this new study, a team of researchers from Florida and Thailand tried to take a closer look at drug-abusing docs’ motivations.

‘The switchover from using it just for pain… was subtle but really entrapping,’ one doctor said.

The researchers led group discussions with the doctors, recording the doctors’ responses anonymously and with their permission. The researchers then marked down different themes they saw in their transcripts, in much the same way biologists record field observations of animal behavior.

The study is not large, nor does it have many hard quantitative measures. The most interesting parts of it are quotes from the doctors, which offer a slice of life including everyone from stressed working moms to hard partiers. “As I got into motherhood and tried to work part-time at the same time, I also got sick with sinusitis and got started with narcotics I was prescribed,” one doctor said. “The switchover from using it just for pain to pain and stress relief was subtle but really entrapping.”

“Drugs treated a rather overwhelming anxiety and not being comfortable in my own skin, being shy, being uncomfortable around other people, being worried all the time about things,” another doctor said.

A few of the doctors described combining different drugs to get just the effect they wanted. “[I’d mix cocaine] with alcohol, with benzodiazepines… Once you’d go out there and start drinking… it sets up the craving for the coke. And, bang! You’re off to the races… [and then I took the benzos] to come down,” one fellow or lady said.

This closer look at drug abusers’ motivations may help treatment programs better help doctors, the researchers wrote in a paper they published in the Journal of Addiction Medicine.