Seriously, What’s Up With Anthony Weiner?

The science of being a horndog 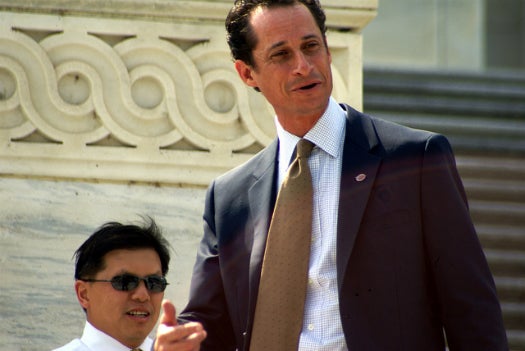 Anthony Weiner has been at it again. Or he’s been at it all along? Regardless, the former disgraced Congressman turned NYC mayoral candidate has admitted to sexting up a storm last year, even as he proclaimed to anyone who would listen that his illicit messaging days were over.

Though Weiner seems to be particularly persistent with his scandalous behavior, he’s hardly the only politician to get himself involved in an illicit affair and then lie about it. Are politicians just a bunch of lying egomaniacs who think that everyone wants to see their junk?

Sadly, the science isn’t really there to prove that. Plus, Anthony Weiner hasn’t been diagnosed with anything–he doesn’t call himself a sex addict, though some of his behavior sure seems to resemble compulsion. So it’s impossible to say what’s motivating him to potentially derail his career for a few nudie pics. We’ll leave that to his psychologist.

But the strange case of Carlos Danger–Weiner’s alias from this latest round of illicit exchanges with a 23-year-old calling herself Sydney Leathers–seemed too weird not to search for some underlying logic.

According to one study from The Journal of Personality And Social Psychology, some politicians do tend to share personality traits with psychopaths. By analyzing personality data collected from 121 living experts on U.S. presidents, the research, published last year, found that some traits we associate with psychopathy might actually be helpful in higher level politics.

Still others have speculated that some psychopathic traits, such as interpersonal dominance, persuasiveness, and venturesomeness, may be conducive to acquiring positions of political power and to successful leadership. Indeed, Lykken speculated that British Prime Minister Winston Churchill and U.S. president Lyndon Baines Johnson possessed certain personality features of psychopathy: They started off life as ‘daring, adventurous, and unconventional youngsters who began playing by their own rules’ but later managed to parlay these traits into political success.

“There was a class of traits that we called ‘fearless dominance’ that seemed to tap into more of the adaptive traits [of psychopathy],” lead author Scott Lilienfeld, a psychology professor at Emory University, tells PopularScience.com in an interview. “Fearless dominance is very similar to boldness–they tend to be socially and physically fearless, tend to be very resilient in the face of stress.”

Presidents like Andrew Jackson and Lyndon B. Johnson scored high on all markers of psychopathological traits, with both positive and negative connotations, “being both fearless and dominant but also being quite impulsive and self-centered,” as Lilienfeld puts it.

In a forthcoming study accepted by Psychological Science, Lilienfeld and his colleagues used the same data on presidential personalities to tackle another trait that can be associated with both political success and psychological disorder: narcissism.

As might be expected, presidents exhibit higher levels of grandiose narcissism–the flamboyant ego trip variety of narcissism, as compared to the Woody Allen, insecure self-obsession variety–than the general population, and grandiose narcissism is on the rise in presidential personalities (though that might be because it’s easier to identify these traits in more recent presidents). Like fearless dominance, grandiose narcissism can be helpful in some respects in politics–the study found it was positively correlated with winning the popular vote and initiating new legislation. Narcissistic presidents were perceived as more persuasive and better communicators.

“You have to have a big ego to want to be president,” Lilienfeld says. “You need to have a thick skin. A little bit of those traits not an entirely a bad thing.” 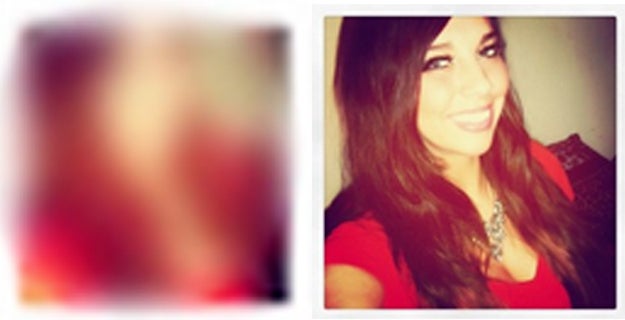 Texting pictures of your junk while you’re still in the public eye is an unwise risk by most standards. And, as another researcher pointed out, power could also come into play. Dean Keith Simonton, a professor at the University of California Davis who has also studied the psychology of presidents, notes that politicians do tend be slightly different from the average citizen, in a way that might influence their sexual behavior, a la Carlos Danger. “One especially striking trait is their strong need for power, that is, the motive to exert an impact on others, to leave an impression, to persuade and control, and to attain high prestige,” Simonton explained via email. “In essence, the “Alpha male” (or female) syndrome. This power often takes the form of aggressive sexual behavior – the ‘conquest.’ Indeed, the Don Juan theme in literature is strongly associated with power motivation.

Do Voters Even Care?

Voters tend to look down on a politician’s sexual indiscretions. But does it actually impact how they vote? According to a 2003 paper from The Social Science Journal, a few studies have argued that charges of immorality are more damaging than other kinds of accusations. Others have found that extramarital affairs aren’t as damaging to a politician’s reputation as something criminal, like tax evasion.

“People don’t necessary see a straight sex scandal as representative of an individual’s ability to govern effectively,” political scientist David Doherty says. “A sex scandal can be compartmentalized as, this is part of your personal life. Tax evasion suggests an unwillingness to adhere to the laws that you’re making.”

Regardless, when members of Congress get implicated in scandals, their re-election margins falter. Vincent Moscardelli, a political science professor, says Weiner’s case is a little difference, both because he’s not an incumbent in the mayoral race, and because it’s hard to tell whether voters will see this latest round of scandal as an extension of the scandal that caused him to resign from Congress in 2010.

Moscardelli and his colleagues at the University of Connecticut found in a study published last month that it takes four to six years for a member of Congress to recover from a scandal, votes-wise. Scandal-implicated candidates don’t get fewer votes, but their opponents tend to get more. Voters turn out especially to “kick the bum out,” according to the study.

By this math, even as Weiner started this latest campaign, he was still technically recovering from his past scandal.

“The more people that see his name associated with this particular scandal, the tougher it’s going to be for him to overcome it. There’s no way to spin this most recent piece of information in a positive way for his campaign,” Moscardelli says. Well, except that Weiner’s got great taste in psuedonyms.