Strategies for a Changing Planet: Water

The amount of water on Earth is fixed, but everything else is changing fast 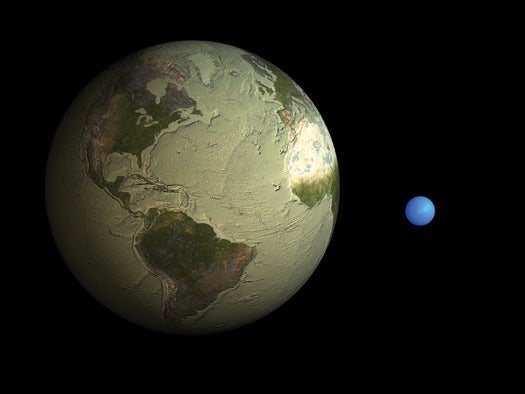 If you combined all of the water in the planet’s ice caps, glaciers, rivers, lakes, aquifers and oceans, it would fill a sphere 860 miles in diameter. That volume, some 366 million trillion gallons, hasn’t changed in millennia, nor will it change in the foreseeable future. What will change, as the planet becomes hotter and more crowded, is where this water appears and in what stage of the hydrologic cycle. And those changes will present us with many oddly conflicting challenges.

Even as rising sea levels threaten coastal cities, for instance, reduced ice cover on Lake Erie—as winter weather starts later and ends earlier—will allow more water to evaporate, lowering the surface level of the lake by as much as six feet in the next 70 years and making shipping difficult. Already Lake Mead is dropping so quickly, as a result of increased evaporation and reduced inflow, that the Hoover Dam could quit generating electricity by 2024—a potential disaster for the 1.3 million people who rely on its power.

Climate change will make dry places drier, wet places wetter, and storms more intense. Heavy rainfall in mountainous areas will cause landslides, debris flows and flash flooding. Seasonal monsoons may start sooner and last longer, and those monster storms will increasingly reduce crop yields and sluice contaminants into waterways and soil. They’ll also wreak havoc in urbanized areas, shifting soil, cracking pipes and overwhelming wastewater-treatment plants, backing up disease-causing sewage into homes, streets and waterways that provide drinking water. The Army Corps of Engineers reports that flooding around the world claims the lives of about 25,000 people and causes economic losses of as much as $60 billion annually.

How will we adapt? For thousands of years we have built levees, dams and ditches. This is the “hard” approach, and it will continue to play an important role. Today engineers are moving or elevating roadways and other crucial infrastructure away from coastlines and flood-prone rivers. They’re enlarging storm drains and floodwalls, and armoring wastewater-treatment plants against rising water. In Chicago, they are excavating two of the largest catch basins the world has ever seen, which together will prevent 15 billion gallons of polluted runoff from entering waterways.

But more recently, a softer approach, one that relies more on policy and behavioral shifts than concrete and dynamite, has come to the fore. Cities are upgrading building codes to require greater structural resiliency, developing better warning systems so people can evacuate sooner, or simply buying out property owners and restricting development in bottomlands. In both the developed and the developing world, planners are adopting “ecosystem-based” responses to flooding that include restoring wetlands, planting native vegetation to buffer the worst impacts of floods, reconnecting rivers with their flood plains, and paying landowners to preserve forests as a way to protect water quantity and quality.

Climate change will make dry places drier, wet places wetter, and
storms more intense.Communities challenged with too little water, meanwhile, are finding “new” supplies through conservation and efficiency schemes that feature better metering and smarter pricing of water, restrictions on outdoor water use, retrofitting with water-miserly appliances and fixtures, and reusing “gray water” (from showers and washing machines) to irrigate gardens. Orange County, California, is capturing sewage flow, microfiltering and purifying the watery part, and injecting it back underground to mingle with freshwater before it’s drawn into taps. Los Angeles and other cities are considering similar systems.

Instead of overpumping their groundwater—a practice that has in many places significantly lowered water tables, dried up wetlands and pulled saltwater into aquifers used for drinking—scores of municipalities are augmenting their freshwater supplies by capturing rain on roofs and in swales, and private developers are replacing asphalt with permeable pavement, which funnels rainwater to underground cisterns for use in landscaping and toilets. Instead of whisking seasonal floods down concrete rivers to the sea, utilities are diverting this bounty into earthen basins, recharging aquifers they can later tap.

As the consequences of climate change become more severe, the hard approach will become increasingly tempting. China is forging ahead with a $62-billion project to pump nearly a tenth of the nation’s water from its wet south to its dry north. Elsewhere, entrepreneurs are eager to tow icebergs from the Arctic to warmer climes, to build pipelines that connect the Pacific Northwest to Los Angeles, or to haul millions of gallons of freshwater from the same region to arid cities across the ocean in 230-foot-long fabric tubes connected by the world’s strongest zipper.

The Army Corps of Engineers, in the 1950s, proposed what remains perhaps the most audacious transfer scheme of all. By diverting the flow of Alaskan rivers through Canada and down to the lower 48 states, the North American Water and Power Alliance would double the amount of freshwater available to farmers and growing cities in the west. The scheme fell out of political favor but was later adopted and tweaked by Lyndon LaRouche, the once-perennial presidential candidate. Legal, political, economic, social and environmental considerations aside, the plan is highly complex and, if history is any guide, would precipitate more problems than it solved. (An overview on LaRouche’s website says it “signifies a change in the organization of the planet as a whole.”)

LaRouche’s plan is loopy, but humans have, in fact, already reorganized the planet’s hydrological regimes by mainlining carbon dioxide into the atmosphere. We can try to cope by moving water around, changing it from salty to fresh, or conjuring it from thin air using chemical reactions. These manipulations will become more difficult as we hit economic and physical limits. But with smart management, cooperation and planning, we can find a way to live within these limits and to share the planet’s water equitably with people and with nature.

Elizabeth Royte is the author of Bottlemania: How Water Went on Sale and Why We Bought It.