Green cement could change the construction game—but will builders actually use it?

From food waste to carbon storage, new cement options are popping up all over the world. 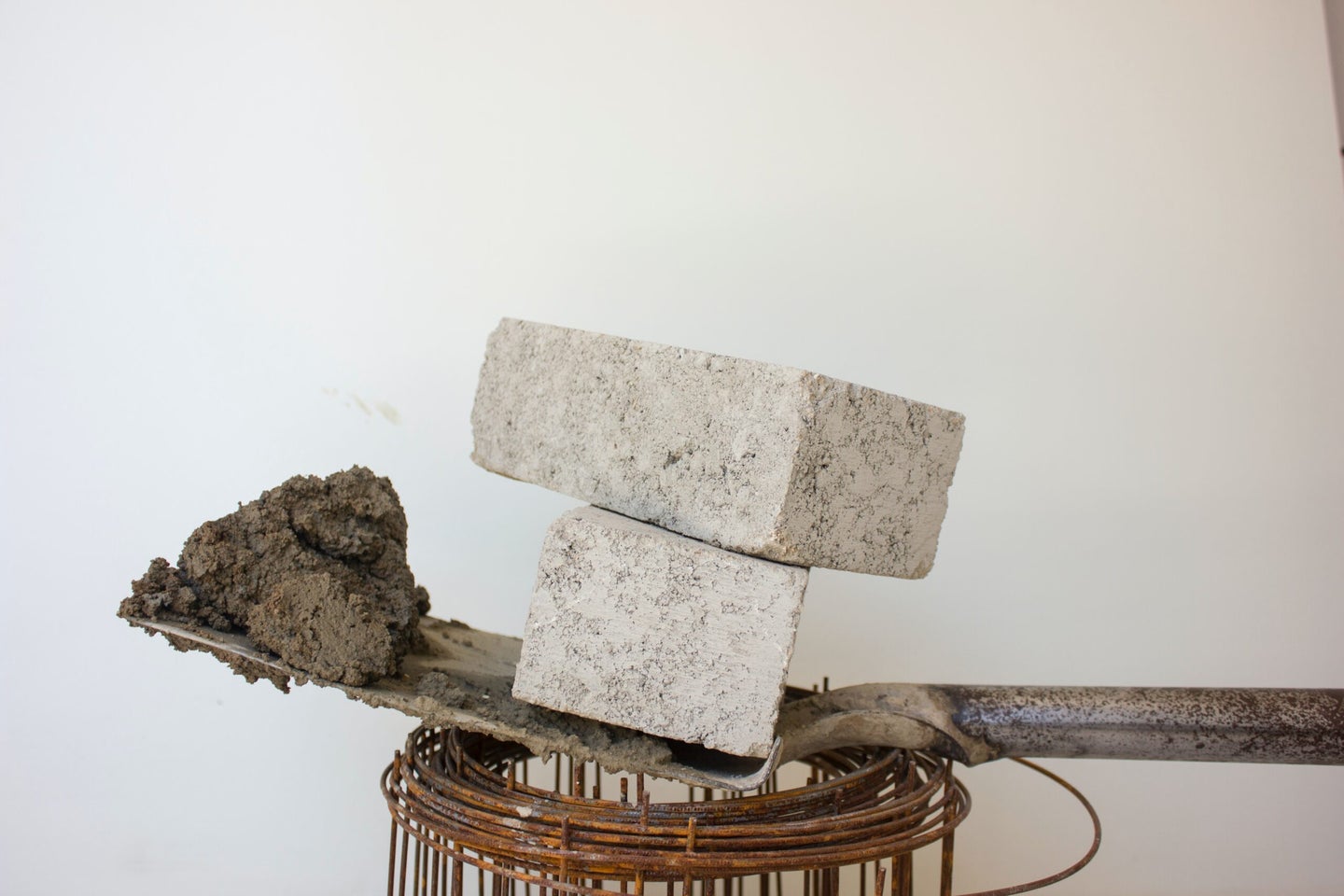 Sustainability in building is one of many steps that must be taken to lower carbon emissions. Anaya Katlego on Unsplash
SHARE

Concrete is the second-most used material in the world. We need it to support bridges, buildings, patios, staircases, countertops, and more—and its use has been growing and tripling in the past forty years.

The essential building material comprises water, coarse aggregates, like sand and gravel, and a binding agent—which is where cement, an especially carbon emissions heavy product, comes in.

According to the International Energy Agency, the cement sector is the third-largest industrial energy consumer in the world, consuming seven percent of industrial energy use. It is also the second-largest industrial emitter of carbon dioxide, responsible for seven percent of global emissions. Most emissions occur when raw materials, typically clay and limestone, are heated to more than 2500 degrees Fahrenheit to become the super-strong binding material. Roughly 600 kilograms of carbon dioxide are released per ton of cement produced.

But, sustainable, “green” cement is becoming increasingly popular, especially considering the environmental footprint of traditional cement. A recent example came out of the University of Tokyo last year, when researchers Kota Machida and Yuya Sakai made cement out of food waste. Food waste has been used as a filler in cement alternatives before, but Machida and Sakai developed the world’s first process for cement made entirely from food waste.

The duo spent months mixing food waste with plastic to get the materials to stick together. Finally, they found the right combination of temperature and pressure to make cement from just the food waste without additives. Using a “heat pressing” strategy typically used to make construction material from wood powder, they mixed the food waste powder with water and pressed it in a mold heated to 350 degrees Fahrenheit. The researchers say the tensile or bending strength of the cement is more than three times the strength of ordinary concrete.

[Related: Tech to capture and reuse carbon is on the rise. But can it help the world reach its climate goals?]

“The most challenging part was that each type of food waste requires different temperatures and pressure levels,” Sakai said in a press release. They have used tea leaves, orange and onion peels, coffee grounds, Chinese cabbage, and even leftovers from lunch boxes.

“Our ultimate hope is that this cement replaces plastic and cement products, which have worse environmental impacts,” said Machida in an interview with the AP earlier this month.

Engineers and researchers have been developing innovations to reduce cement and concrete’s carbon footprint for years. In 2021, scientists from the University of Tokyo created a process for making concrete that reuses old concrete products (which can often go to waste), heats materials at lower temperatures, and captures carbon dioxide out of the atmosphere.

In 2019, researchers from the National Taipei University of Technology in Taiwan and the Water Resources Department in India discovered that natural wastes from agricultural and aquaculture farming could partially replace coarse materials and binding materials in green concrete. Plenty more alternatives exist, and though these innovations are early in their development, they bring building materials closer to meeting reduced carbon emissions goals.

But when it comes to scaling food waste cement up to use for buildings, Sohan Mone, a structural design engineer with multi-national infrastructure company Ferrovial, says it could be challenging to convince companies to make the swap.

“To change how we use cement entirely would require a lot of fundamental changes in our industry,” Mone says. “All of the infrastructure is geared towards how cement currently works, from how we install it to how we transport it, everything.”

That isn’t to say that it couldn’t be done or isn’t worth it, Mone adds. But one type of technology won’t fix all the issues in the building industry.

One of Mone’s concerns is that cement manufacturers and construction companies must ensure that everything meets performance and safety standards. Most big infrastructure projects use concrete, which uses rebar—steel—to reinforce cement. Cement on its own, without additional structural support, acts like porcelain. Ceramic objects like sinks and toilets can handle compressive loads, but ceramic isn’t as strong as concrete.

“The second you apply a shearing force, like any tension or bending, [cement used on its own] shatters,” Mone says. “It’s not good at taking tension.”

So, using food cement or cement alternatives in concrete for more complicated and building-intensive purposes would require significant safety and durability testing, Mone says. And the organizations that regulate the industry and contractors themselves would have to be convinced of its viability.

“We’re heavily regulated, rightly so, and we’re not very free in terms of what materials we can use,” Mone said. “The life cycle of these structures can be hundreds of years, and it’s an open question about how some of these things perform when exposed to the environment over time. There’s always that fear of not knowing how something new will react. And concrete itself needs a lot of maintenance.”

Green materials can also be expensive, which Mone says adds to the difficulty of convincing companies to use them. In big construction projects, it’s more common to see developers choose the most economical plan. But switching to green cement might be worth the cost, especially when concrete use increases as developing countries accelerate construction projects and other countries update aging infrastructure.

Global cement production could increase by as much as 23 percent by 2050, the Mission Possible Partnership reported in their Concrete Action for Climate plan. Just as cement and concrete are shaping our built environment, their impacts also shape our climate future.

The cement industry will need to decrease its annual emissions by at least 16 percent by 2030 to meet the Paris Agreement on climate change standards. And because cement and concrete will be crucial for future development, researchers argue that making the material inputs to cement will be one of the fastest ways to reduce emissions and environmental impact.

“Given the urgency of the challenge and the time taken historically for technology systems to evolve, a considerable push will be needed to get the next generation of low-carbon cements out of the lab and into the market. Not all will succeed, but those that do could have significant decarbonization potential,” Chatham House, a policy institute, wrote in their 2018 Making Concrete Change: Innovation in Low-carbon Cement and Concrete report.

Growing cities and repairing infrastructure certainly won’t slow down anytime soon. But, with new developments in greener building materials, the carbon impact of revitalizing the built environment doesn’t have to be as hefty.