Listen to the latest episode of your favorite technology game show. 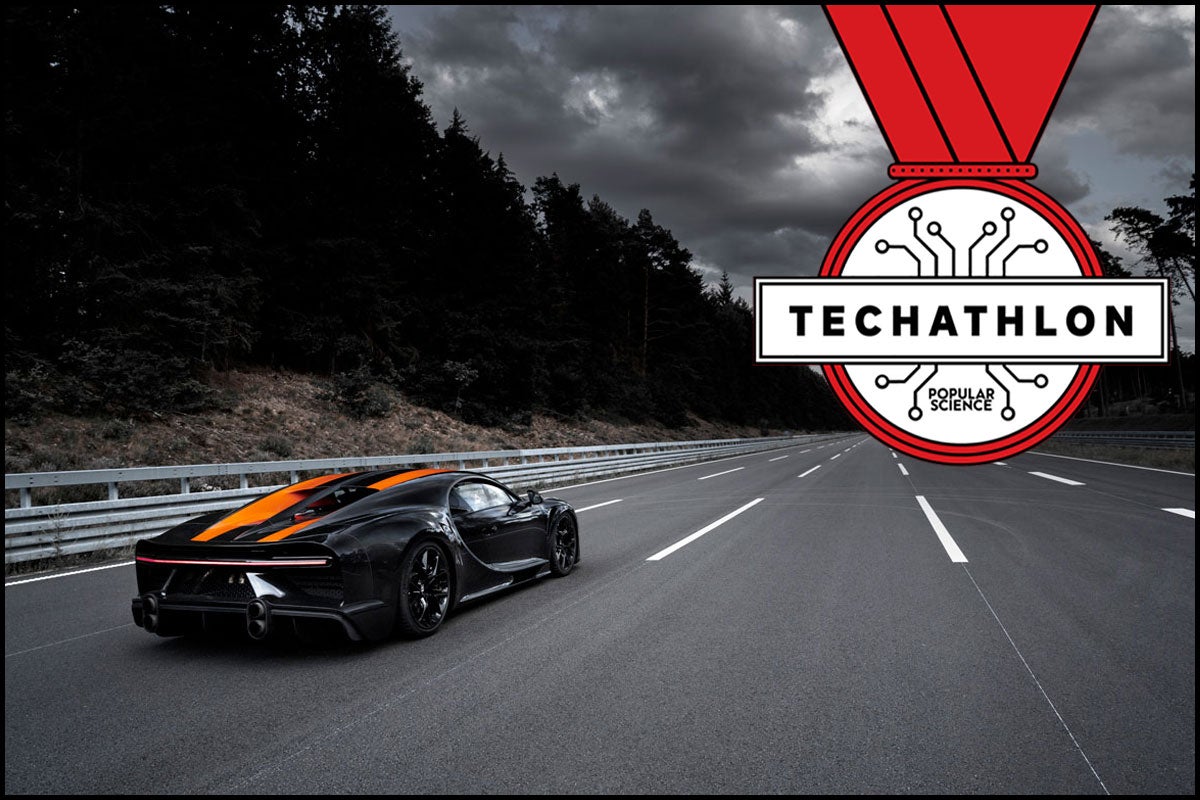 In case you haven’t heard, there’s a big Apple iPhone announcement event happening this week. So, whether you’re reading this on Monday and you need something to pass the time before the event kicks off or it’s Thursday and you can’t possibly read one more word painstakingly dissecting the new iPhone models, this week’s episode of the Techathlon podcast is a perfect break from the hype.

Of course, we’ll talk about all the new Apple stuff during next week’s episode after we’ve had some time to digest all of the new products, features, and stylized announcement videos set to unbearably hip soundtracks.

You can listen to this week’s episode in the player embedded above, subscribe via iTunes, add us on Stitcher, follow along on Anchor, and even find us on Spotify.

Once you’re all subscribed, head over to our Twitter page and give us a follow there, as well. It’s a great opportunity to share suggestions, talk smack about our scores, or fill us in on your Apple conspiracy theories. Did you hear the one about how the new iPhone—when held in exactly the right light from the waning summer sun—will point out the exact location of the sarcophagus containing Apple’s dead wireless charging technology, AirPower?

Here’s what to expect from this week’s show.

Once again, our producer Jason has cooked up a pile of trivia questions to get you all caught up on the week’s biggest tech news in the most fun way possible. This week’s topics include YouTube’s big fines from the FTC, a new feature in your Gmail app, and remembering Vine in the age of Tik Tok.

Last week, we found out that Bugatti pushed its Chiron supercar over the 300 mph speed barrier. It’s an impressive record that took a ton of engineering and the kind of planning that would make a project manager unclench their angry fists for a few seconds (that’s how project managers express joy). But not every speed record is that impressive. This game takes a tour of some lesser-known yet equally important benchmarks, like how fast you can paddle a pumpkin down a river.

The latest version of Android started rolling out last week and, unlike the versions that came before, it doesn’t have a dessert-themed name. In this game, Rob tests our memory of Google’s sweet Android nicknames. As it turns out, there was no Android version named after those gross, orange marshmallow peanut candies our grandmas used to keep in a fancy glass dish but no one ever ate.