The construction of four solar farms in the US violated the Clean Water Act, showcasing the challenges of building a clean power grid. 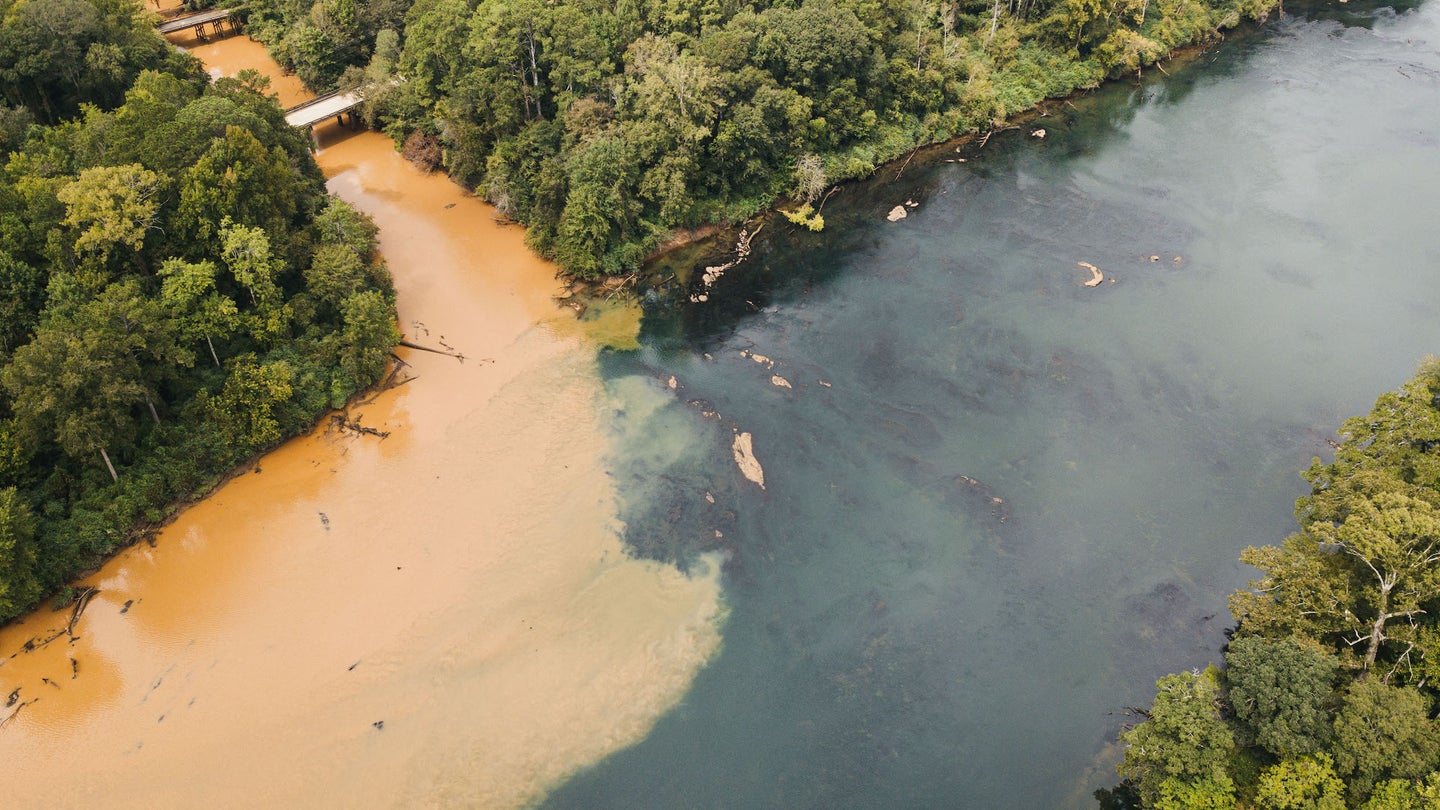 Last month, the US Environmental Protection Agency and Department of Justice announced more than a million dollars in penalties against companies for polluting local waterways. The culprits? Four solar farms in Illinois, Alabama, and Idaho.

“The development of solar energy is a key component of [the Biden] administration’s efforts to combat climate change,” said Larry Starfield, an administrator at the Environmental Protection Agency (EPA), in a press release on November 14. “These settlements send an important message to the site owners of solar farm projects that these facilities must be planned and built-in compliance with all environmental laws.”

Each of the large-scale solar projects, which shared a common contractor, violated construction permits and mismanaged storm water controls, causing harmful buildup of sediment in waterways. As private companies race to build renewable capability, the EPA’s case with the four solar farms illustrates a central challenge: While gleaning energy from the sun might be a panacea to overconsumption of fossil fuels, building a clean power grid that can harness solar energy is often more complicated.

Experts say a path to net zero emissions will almost certainly require solar energy—and that calls for a hard look at the challenges these sweeping facilities face with clean construction and more ethical production of panels.

Most solar panels used in the US today start out as sand. Scientists purify the grains into almost pure crystalline silicon, but the process requires a large amount of electricity. Almost 80 percent of a solar panel’s carbon footprint can come from this purification process alone, according to Annick Anctil, an assistant professor of civil and environmental engineering at Michigan State University.

“Where that electricity is coming from is really important,” Anctil says. “If you’re making solar panels in a place where electricity uses coal or natural gas, that makes your solar panels not as green as if you’re able to produce it from solar energy.”

Solar panels are built to last about 30 years. At the end of their lifecycle, installers can either throw them into a landfill or recycle them, but there isn’t much infrastructure for reusing the materials in the panels since the industry is new.

Government agencies, organizations, research groups, and companies worldwide have begun developing technologies and creating recycling programs to break down solar panels and materials. The US-based Solar Energy Industries Association, for instance, has been creating a network to help consumers identify where they can recycle their solar panels and installers find a place to purchase recycled modules, Anctil explains. The association reports it’s processed over 4 million pounds of solar panels and related equipment since its recycling program launched in 2016. Luckily, if panels wind up in landfills, the glass and silicon materials are not toxic, Anctil says. (She does note that the metal frame needs to be broken down, too.)

There isn’t comprehensive data about how many solar panels are recycled versus thrown away in the US. Large-scale production of solar panels only began about 10 years ago, so it’s likely that most haven’t reached the end of their life cycle yet.

Solar panels are easier and cheaper to install on leveled ground, which often requires companies to mow down trees and local vegetation. Leveling, or grading, the land can lead to soil erosion and eventually sediment runoff, where storms force eroded soil to travel downhill, sometimes into waterways. Too much soil in bodies of water can disrupt local ecosystems, hurt the plants and animals that live in them, and damage drinking water treatment systems.

In the recent settlement, the EPA and Department of Justice charged the four solar farms with violating the Clean Water Act by failing to prepare for the sediment runoff created during construction. The agencies alleged that two of the farms in Idaho and Alabama even discharged sediment illegally into nearby waterways.

Dustin Mulvaney, an environmental studies professor at San José State University in California whose research focuses on solar energy commodity chains, says these violations appeared to be “really manageable problems” that the companies should have had under control. “Where [solar farms often] go wrong is they assume they understand the landscape,” Mulvaney says. But when building starts, “they run into endangered species conflicts, stormwater issues, and air pollution issues.”

Grading the land for solar farms “is like any other road construction project,” Anctil says. “It’s just unfortunate that some companies in the construction [process] just didn’t care or weren’t careful.” The runoff from building these recent solar farms could have been avoided by, say, planting vegetation to catch some of the soil and water.

Anctil and Mulvaney say that regulations can help prevent these kinds of water and pollution issues from construction projects. While the bidding process for projects varies from state to state, stronger government assessments could ensure that solar companies preserve the environments they’re otherwise capitalizing on.

Since farmland is already flat and offers room to scale up, it’s been a prime candidate for solar projects—with energy companies incentivizing farmers with financial returns. But converting this land into solar farms also presents cultural and wildlife issues. Farmers may be reluctant to see their land converted from rows of crops to rows of synthetic panels.

While the construction process has the potential to cause significant land disturbance, solar farms do offer some immediate benefits to farmers and the environment, David Murray, director of solar policy for American Clean Power, wrote in a statement to Popular Science. In some setups, growers can plant crops between or alongside the panels. “Ecosystem services are an understated benefit of large-scale solar sites and once operational, solar facilities yield less nutrient runoff and require far less pesticide and herbicides compared to row crop agriculture,” Murray writes.

Accountability from start to finish

The four solar farms that violated the Clean Water Act are all subsidiaries of international finance and investment companies. But Mulvaney argues that what’s even worse are inexperienced solar developers that build a single arm and then soon disband. He’s seen “quite a few projects” handed to these temporary companies.

“When you have these entities that do one-offs and then vaporize, there’s absolutely no accountability at all,” he says. “That’s a structural problem.”

[Related: Dams show promise for sustainable food systems, but we should tread lightly]

While public and private groups might feel the urgency in building renewable energy systems, it’s important to be cautious about how the systems themselves are built and sourced, Anctil says.

“The problem is people tend to just look at how much electricity is going to be produced,” she explains. “We need to plan and choose panels considering not just the electricity production but the full lifecycle.”

A more environmentally conscious process is needed from start to finish. Sand should be legally and ethically mined, Anctil says. Developers also need to consider how to build sustainable  solar arrays that minimize the impacts on the local habitat. Better recycling plans should be in place for the solar panels once they reach the end of their lives. And like with any other major construction project, renewable energy companies should take heed of state and federal environmental regulations.

“I’m not trying to kill solar,” Anctil says. “It’s making sure that in 5 or 10 years from now, we don’t find out there’s a new environmental disaster.”