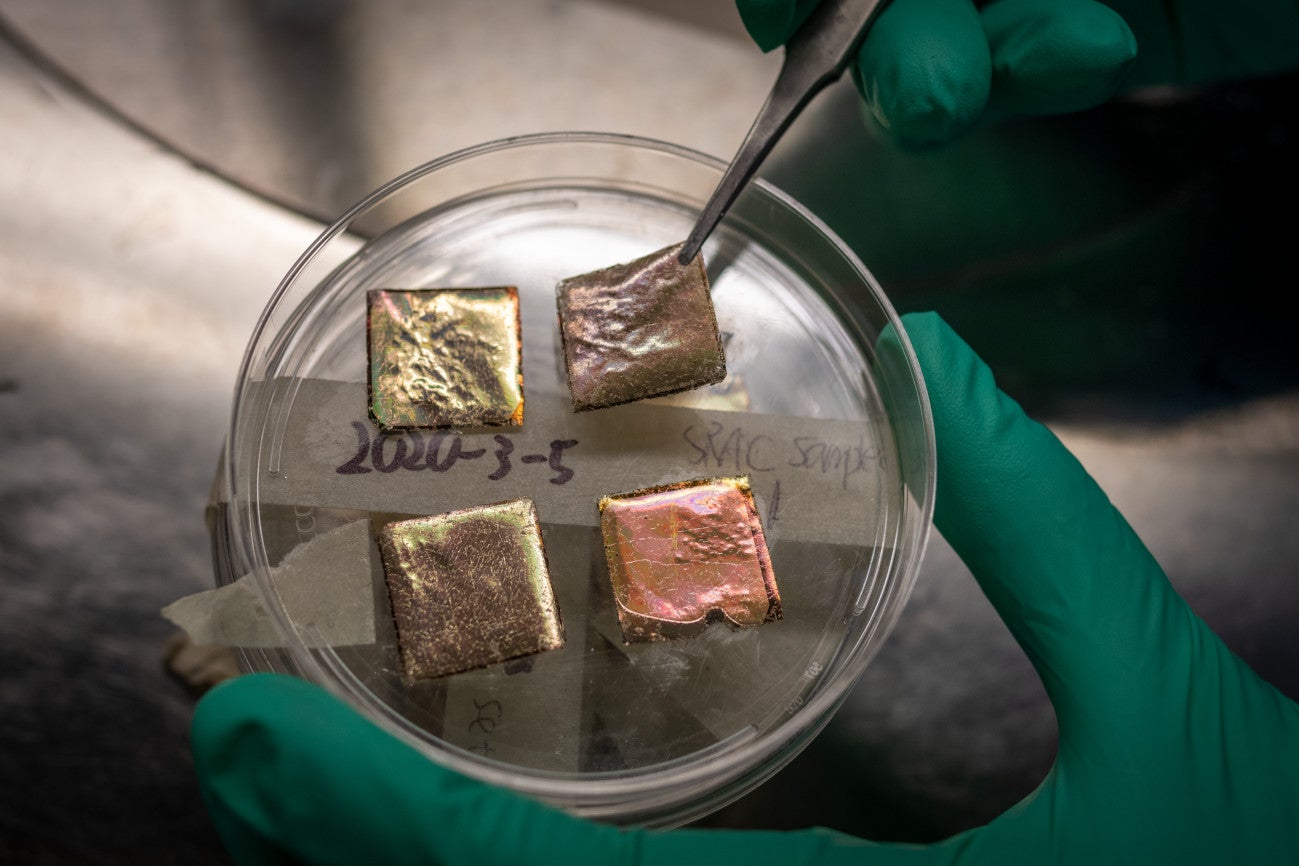 Say you’re trying to cool a house in the summer or in a hot climate, where the sun is beating down overhead. You might cover your roof with a material that reflects or absorbs sunlight, keeping it from getting inside. But if you are in a place where summer turns to winter, those roof coatings that keep heat out have trouble also keeping heat in—driving up heating costs and contributing to the fact that building operations, in one way or another, are responsible for an estimated 28 percent of the world’s carbon emissions.

A solution, then, might be found in an adaptive smart material that does both: a substance that keeps heat out in the summer and keeps heat from getting out in the winter. Thanks to a material that can switch between two phases—a material that was tested atop a professor’s house—researchers in California have developed such a roof coating. They published their work in the journal Science on December 17.

“The whole point of our work is that our roof works not only in hot weather, but also in cold weather,” says Junqiao Wu, a materials scientist at the University of California, Berkeley, and Lawrence Berkeley National Laboratory, and one of the researchers behind the project.

The key material in the roofing is vanadium oxide, a compound that’s previously been tested as a window coating. Unlike most metals, vanadium oxide is a poor conductor of heat, which makes it ideal as an insulator.

The sun’s Earth-warming infrared rays can pass through vanadium oxide, when the material is at room temperature. But when the compound heats up to 153°F (67°C), its properties alter—it changes phase. It starts to block those infrared rays, effectively shadowing what lies underneath. In other words, it lets in the sun when it’s cool, and keeps the sun out when it’s warm.

Unless you’re building condos on Mercury, 153°F is a high temperature for a roof. But Wu and his colleagues had previously found that by adding a dash of tungsten—in materials science terms, “doping” the vanadium oxide with tungsten—they could drop the compound’s phase-switch point down to a much more salubrious 77°F (25°C).

Their lab’s roof was inaccessible—and, by then, the COVID-19 pandemic had shuttered much of the lab anyway. They couldn’t leave the roof coating sample in an open area like a playground or a parking lot; they needed somewhere where they could run a laptop, unsupervised, for days on end.

There was another option: Wu’s house.

The more they thought about it, the more they liked the idea. The house, on a hill in the San Francisco Bay Area, wasn’t blocked by trees, allowing uninterrupted sunlight to touch it. It had optimal weather for testing, too; the surrounding temperature swings drastically between day and night.

“I have power, I have WiFi,” says Wu. “I have me living in the house. I can maintain the equipment for multiple days. So that’s how we did the experiment.”

The researchers mounted blocks of vanadium oxide atop a transparent layer of barium fluoride, a compound often used to study infrared rays, and a bottom layer of reflective silver, fashioning them into an adhesive-tape-like material.

Wu and a then-postdoc, Kechao Tang, installed that tape on the rooftop of Wu’s house and set up a wireless measurement system on Wu’s balcony to monitor how it responded to changes in sunlight and air temperature. Comparing it to two different existing roof coating methods—one colored white and the other black—they found that, while the white coating performed better in direct sun, their material fared better in most other conditions.

But the Bay Area hardly represents every climate in the world—its weather can drastically change by wandering just a few miles in one direction—and the researchers only tested the material on one summer day.

So, with the help of Finnegan Reichertz, a local high school student who was remotely interning in Wu’s lab, the researchers used the data from the roof experiment to conduct computer simulations of how the coating would fare, year-round, in 15 different climates across North America—-ranging from the desert of New Mexico to the harsh winters of Chicago to the rains of the Pacific Northwest.

The coating works especially well for climates where temperatures swing between hot summers and cold winters, according to the simulations. “For Florida, it’s going to not work very well,” says Wu. “For Hawaii, no. For Alaska, it’s too cold—also, no. But for all the middle, temperate climate zones, it’s going to work well.” The material saved more energy than existing roof coatings in 12 of the 15 climes they simulated.

Now, says Wu, they’re planning to patent the material in 2022 and find ways to make lots of it efficiently—or a similar material with the same properties. “We are looking into improving the performance, while making it scalable,” he says.

These smart coatings, if Wu is right, are good for more than just roofs. Wu imagines they could be used in space exploration to keep the insides of vehicles at a comfortable temperature, even in extreme environments outside Earth’s atmosphere. Closer to ground, the coating might be used in consumer electronics or in textiles. You might, for instance, one day wear a jacket or camp under a tent coated with phase-shifting vanadium oxide–kept cool one minute, then warm the next.