Libratone Q Adapt On-ear Headphone Review: this is what a ‘made for Google’ sticker gets you

Solid, tweakable noise cancelling performance in headphones that are "made for Google." 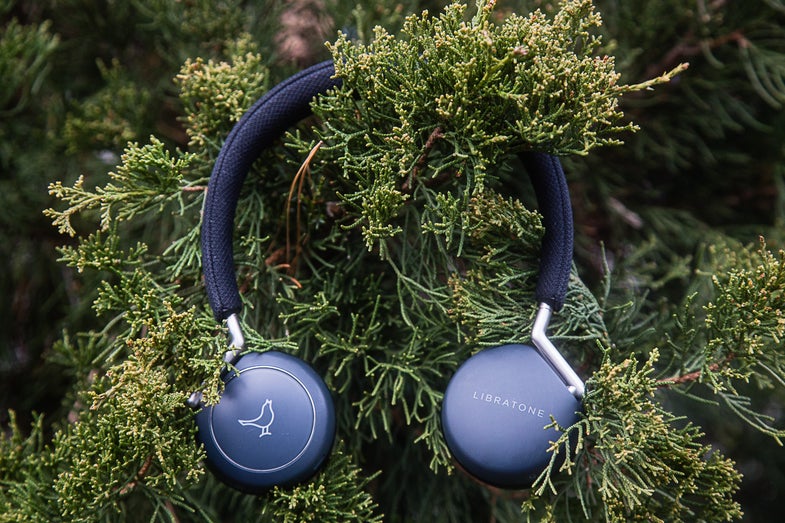 This story was originally published Dec 9, 2017

Google’s first attempt at wireless headphones, the Pixel Buds, showed a lot of promise, but a quirky user experience has so far hindered them from becoming an essential Android accessory. But, Google also started rolling out a “made for Google” logo to products that meet specific standards. The Libratone Q Adapt headphones are in the first wave of Google headphones and it’s a good start.

What are the Libratone Q Adapt headphones?

Google got rid of the headphone jack on the Pixel 2 smartphone and made up for it by approving a group of wireless headphones that are officially supported. The Libratone Q Adapt are noise canceling headphones and an on-the-ear form factor to create a solid all-around Bluetooth headphone.

What’s good? A service called Google Fast Pair is still great. The Pixel 2 scans for Bluetooth Low Energy (BLE) devices broadcasting in the area and makes pairing simple. Seriously, it’s a matter of seconds from turning them on to listening to music. You’re then prompted to download the Libratone app to finish the rest of the customized setup.

I like how much customization you get in terms of noise cancellation. There are four levels you can cycle through by pressing the button on the bottom of the right can. The noise-canceling is strong, and the maximum power setting was actually a little uncomfortable if no sound was coming through the wireless on-ear headphones. Once music entered the equation, it was OK, but the pressure is really noticeable when there’s no sound to overshadow it.

I like the sound profile. I know some other reviewers have called it a bit anemic, but to me it sounds balanced. The bass doesn’t bang as much as some, especially if you’re comparing them to something like a pair of Beats, but I found the sound clean and plenty loud for both music and watching movies on my laptop.

The battery life of the Libratone Q Adapt headphones claims more than 20 hours, and while I didn’t push them for that long consecutively, I had no problem with them lasting through some very long travel days.

What’s not as good?

While the ear cups are soft on your ears, I personally wouldn’t mind if they extended out a little more to make the whole package a bit bigger. They fit my big head, but only when they were fully extended.

The Libratone Q Adapt headphones weigh 7 ounces, which makes them heavier than most other headphones in the class, like the also excellent Bose On Ear headphones, which weigh just 5.7 ounces (but also have considerably less battery life).

The puffy padding makes the ear cups rounder than I’m used to, so sometimes they’d actually flip sideways when I adjusted them. The fit felt great most of the time, but this did happen a couple times.

The gesture control for making calls, changing volume and other typical functions works fine, but I still find myself preferring actual buttons. Apparently, I’m a person who touches his headphones a lot. I didn’t have nearly as many false activations as I did with the Pixel Buds, though.

Should you buy the Libratone Q Adapt headphones? At the full retail price of $249, these can be a tough sell. There are a lot of solid options out there at that $200 and below range, and while the noise cancelling and Google integration is great, you have to weigh them against the price difference. Right now, however, the price is just $179, which makes them much more competitive.

Overall, the Libratone Q Adapt is a very solid pair of headphones that become even better you’re using a Pixel 2 or any other Android device running the latest version of the software.