How Apollo 13 Launched With a Bomb on Board

Apollo 13 was famously crippled by an explosion on its way to the Moon, but how did it launch with a faulty oxygen tank in the first place? 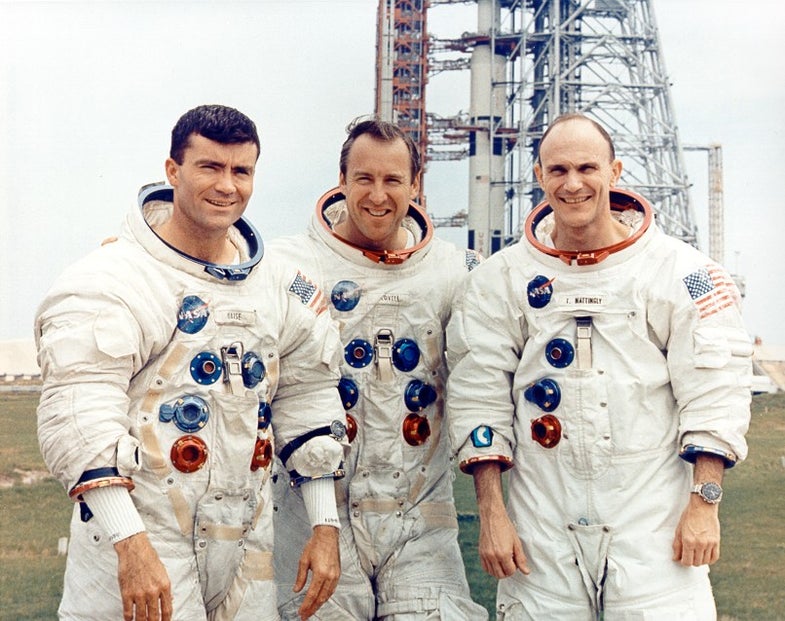 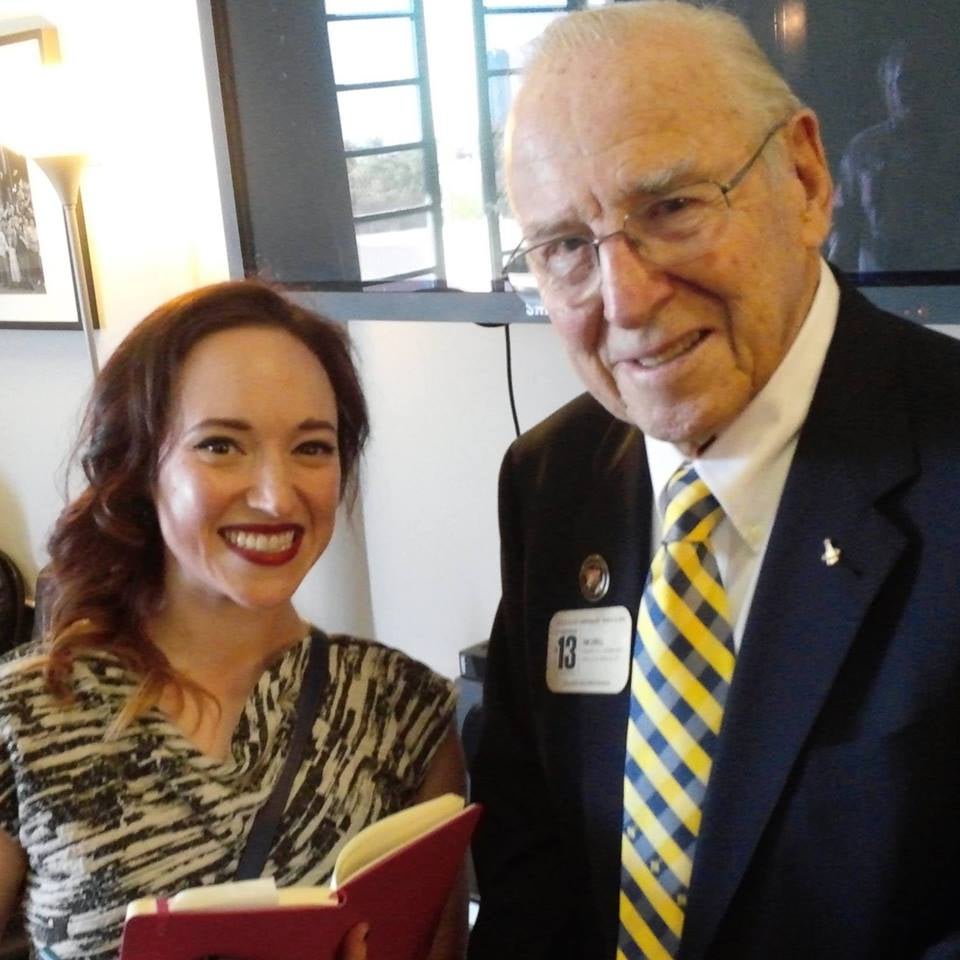 Me with Apollo 13 commander Jim Lovell

On April 13, 1970, Apollo 13’s oxygen tank 2 famously ruptured, taking a piece of the cylindrical service module with it and damaging oxygen tank 1 in the process. The precious gas vented out into space and the crew was left in a crippled spacecraft with only the command module’s reentry batteries for power. Luckily, they were on their outbound journey to the Moon and were able to stretch the lunar module’s consumables and use this small spacecraft as a lifeboat. The explosion was a rare combination of human error and flawed design. From the moment it was installed in Apollo 13’s service module, oxygen tank 2 was a ticking time bomb.

Oxygen tanks were installed in the Apollo service module in pairs as a shelf. The shelf that flew on Apollo 13 had originally been installed in service module 106, the spacecraft that eventually went to the Moon with Apollo 10, but was removed in October of 1968 for upgrades. The process wasn’t smooth. Technicians failed to notice one of the bolts keeping the shelf in place hadn’t been removed, and when they tried to lift the shelf out of the spacecraft it caught on the bolt and fell back into place. It bounced, possibly hitting the fuel cell installed about the oxygen shelf in the process, before settling back into its installed position.

No one gave the issue much thought, and the oxygen tank shelf was upgraded and installed in service module 109, the spacecraft assigned to Apollo 13.

During pre-flight testing, technicians ran into constant problems with oxygen tank 2. It pressurized well but didn’t depressurize smoothly. But again, no one gave the issue much thought. If the tank could hold oxygen as it was designed to do, it would provide a crew with the vital gas in flight.

But there was a subtler problem wrapped up in the depressurization issue. The Apollo oxygen tanks were heavily insulated and spherical with a fill line and heater running vertically through the slushy, super cold liquid oxygen. Two fans were also installed in the tanks, electrically operated from the command module to stir the cryogenic gas and prevent stratification. Part of the tanks’ qualification tests was to depressurize them with the internal heaters turned on. When tank 2 wouldn’t depressurize properly, technicians used its heater to simply boil off the oxygen. 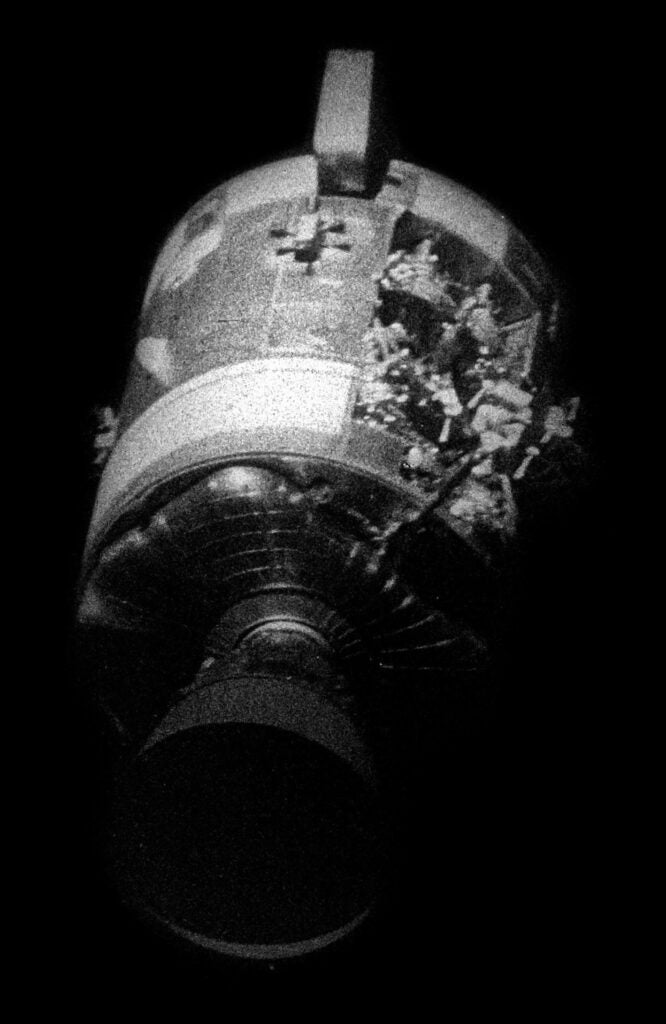 During these ground tests, no one stopped to consider that the Earthly power source was far more powerful than the one onboard the spacecraft. Ground tests used a 65 volt power supply whereas the spacecraft used only a 28 volt power supply. The higher voltage caused a failure of the thermostatic switch that was in place to keep the tank from overheating. Without this failsafe, oxygen tank 2 reached temperatures as high as 1,000 degrees Fahrenheit during the unorthodox depressurization method, 920 degrees higher than it was designed to withstand.

The intense heat damaged the insulation on the wires inside the tank, leaving them vulnerable to a short circuit. When command module pilot Jack Swigert initiated the command to stir the oxygen tanks, the electrical current running down the damaged wires to activate the fans short circuited and arced. In a tank of pressurized liquid oxygen, the arc turned from combustion to explosion in seconds. The rest, as they say, is history.

I’ve written a far more detailed account of the oxygen tank’s history, inner workings, and what exactly happened in a previous blog post; check it out for the full story. I also went to an Apollo 13 anniversary event in San Diego a few weeks ago, and wrote about the thrill of meeting the mission’s commander Jim Lovell in this previous blog post.

And like I do on big anniversaries, I will be “live” tweeting Apollo 13’s mission (with a 45 year time delay) beginning tomorrow! We launch at 2:13pm EDT, so be sure to follow me — @astVintageSpace — for some great insights into the mission from entertaining daily banter and the unfolding disaster. Fair warning: there will be a lot of tweets, but it’s going to be exciting!