Scientists sometimes come up with creative and oddball ways to answer their own research questions. This was especially the case... Scientists sometimes come up with creative and oddball ways to answer their own research questions. This was especially the case in the 1950s when spaceflight was on the cusp of transitioning from science fiction to science fact. Among the biggest unknowns was whether a pilot would become disoriented in a microgravity environment. For Hubertus Strughold, one way to find an answer was to shoot his buttocks full of novocaine and jump into an airplane. 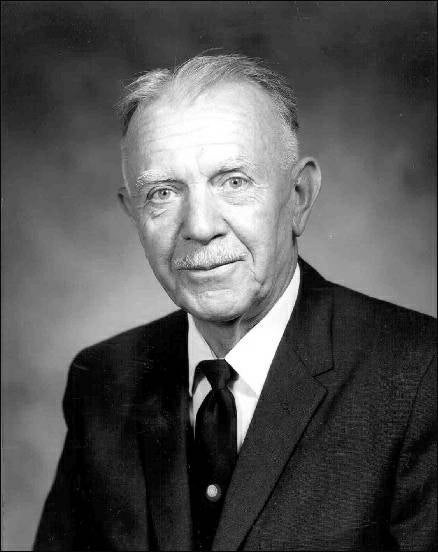 The Seat of your Pants

The saying “fly by the seat of your pants” has become pretty common. It means that you’re going to make something up as you go along, relying primarily on instinct and emotion. But for pilots, flying by the seat of your pants has a much more literal meaning: it means interpreting the sedation of feeling pressed into a seat for cues on acceleration and orientation in the air.

This is possible because humans have systems that allow us to perceive changes to our environment like changes of velocity or orientation. Mechanoreceptors respond to physical things like pressure against the skin, though the most recognizable mechanoreceptor might be the spiral shaped inner ear canal that responds to changes in air pressure called the cochlea. Humans also have gravireceptors that allow us to feel changes in physical orientation as a tilting sensation. These cues come from the same sensations of pressure, both on the skin and within the organs of the trunk.

For a seasoned pilot, mechanoreceptors and gravireceptors can almost work in lieu of cockpit instruments, helping him regain his orientation in flight.

But what if a pilot didn’t have these physical cues from pressure, say, while flying in space? Would he become disoriented or sick? That’s the question Hubertus Strughold wanted an answer to.

Hubertus Strughold and his Numb Bum

Like so many German scientists who contributed to the early space age, Hubertus Strughold got his start in the field in Nazi Germany. After earning his medical degree and a PhD from the University of Muenster and the University of Wuerzburgin respectively in 1927, he served as Director of the Berlin Aeromedical Research Institute of the German Air Ministry during the Second World War. It was ostensibly a civil service position, but he was really working under the watchful eye of the Luftwaffe working out the medical aspects of high-speed and high-altitude flight.

It was this wartime work that caught the attention of American scientists and earned Strughold an invitation to the United States under Project Paperclip, the American government program that imported hundreds of Germans scientists including Wernher von Braun and his team of rocket engineers. Once stateside, Strughold joined the US Air Force School of Aviation Medicine. Two years later he became the first Professor of Space Medicine in the school’s brand new Space Medicine Department.

It was here that Strughold began questioning how pilots would react to weightlessness and saw sensory deprivation as a simple way to simulate at least some aspect of a spaceflight environment. And he used himself as a research subject. He willingly shot his buttocks with enough novocaine to completely lose all sensation, then he climbed into the rear seat of an airplane. He instructed the pilot to fly a series of acrobatic manoeuvers — rolls, loops, figure eights, and dives.

The pilot did as his passenger asked, and Strughold almost instantly became disoriented and ill. He considered the overall experience of flying with a desensitized derrière to be rather unpleasant and disagreeable, but successful from a research perspective. Strughold maintained that his unusual ride proved that the seat of one’s pants, and specifically the mechanoreceptors and gravireceptiors therein, is an extremely valuable flight instrument whose loss in spaceflight could disorient an astronaut.

Sources: “History of Research in Space Biology and Biodynamics” Historical Division, Holloman Air Force Base; NASA; The Daily Record; “What Were They Thinking? Really Bad Ideas Throughout History” by Bruce Felton; “Humans in Spaceflight, Book 2” edited by Carolyn L. Huntoon.