Of all the scientists who brought rocketry to maturity during the Second World War, Eugen Sänger is not a figure... 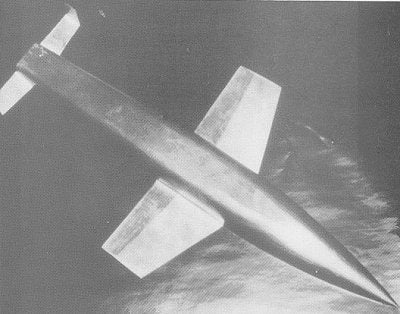 Of all the scientists who brought rocketry to maturity during the Second World War, Eugen Sänger is not a figure who stands out. But he is an interesting and important historical figure. Like his more familiar contemporary Wernher von Braun, Sänger worked on developing liquid propulsion for vehicles that could eventually send men into space, and though he never immigrated to the United States or became a key player in the early space age, his spacecraft did. Sänger is the father of the skip-glide vehicle, a concept both the United States and the Soviet Union hoped to turn into a manned precision bomber in the early days of the Cold War.

Eugen Sänger was born in Pressnitz, Austria-Hungary, in 1905. Growing up he was inspired by the rocketry writings of Herman Oberth, the grandfather of spaceflight who saw manned space exploration as a feasible reality pending technological maturity. He pursued aeronautics, graduating from the Technical University in Vienna in 1931 after writing a second dissertation; his first on rocket propulsion was rejected on the grounds that it was too fantastic to be plausible. 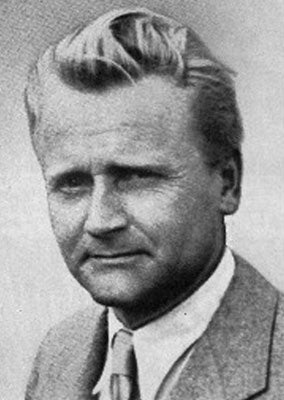 By the mid-1930s, Sänger was a professor at his alma mater. He also had a spacecraft design under development, one he anticipated could fly through the lower stratosphere and reach a any point on Earth within an hour. For Sänger, the goal was to develop an advanced commercial transportation system for passengers and cargo. The key to his design’s success was its shape. Small wings, a pointed front, thin leading edges, and a flat bottom made for a vehicle that could skip off the lower layers of the atmosphere like a stone skipping across a still pond. The flight would only be partially powered; rocket propulsion would launch it on an arcing trajectory, and thanks to its flat bottom, it would skip and glide unpowered to its destination with a pilot at the helm. This flight pattern, in Sänger’s opinion, was the first step on the path to spaceflight and the best way to harness the technology of the day. The one missing piece was the propulsion system, specifically the constant pressure combustion chambers and tanks.

Like von Braun, Sänger figured out fairly quickly that he would need military funding to get his skip-glide vehicle off the ground. After a brief stint with the Austrian Nazi party and the Austrian branch of the SS, Sänger pitched the idea of a weaponized skip-glide vehicle to the Austrian Army. By weaponizing his vehicle, it could deliver a bomb to a preselected precise point anywhere on Earth. The proposal was rejected in early 1934; the Austrian National Defense Ministry said it couldn’t seriously consider the skip-glide bomber because it relied on liquid oxygen and hydrocarbon combustion, a chemical reaction that was poorly understood at the time. No one thought it would ever become a practical means of propulsion, and the risk of explosions was too high.

Undaunted, Sänger pressed on developing his system while paid work in rocketry remained elusive. Midway through the decade, he was working as an engineer for a Viennese construction company. Then in 1936 the German Luftwaffe came calling.

Sänger was recruited to join the Herman Göring Institute, the research arm of the Luftwaffe that operated under the umbrella of the German Research Establishment for Aviation, three years before the Second World War began. The Luftwaffe was interested in building up its own rocket research program, one that was completely separate from but likely in reaction to the German Army’s rocket program. Under Colonel Karl Becker, the German Army’s rocket team was led by Walter Dornberger and Wernher von Braun. Right around the time the Luftwaffe set up Sänger in a laboratory in Trauen on Lüneburg Heath, close to the German military airport at Fassberg, the Army’s team moved from their original research site at Kummersdorf West to the custom-built facility at Peenemünde. And both teams were well funded. Likely to pace Becker, Göring sunk as much as eight million Reichmarks into Sänger’s winged bomber project. 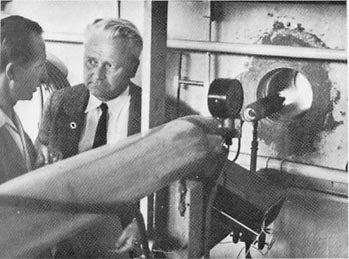 Sanger at a test stand

Sänger’s and von Braun’s vehicles were scientifically very different from one another, the former a manned gliding type and the latter an unmanned ballistic type. But both shared certain similar features, namely liquid propulsion and hypersonic flight paths. With such overlap it was inevitable that the two scientists would cross paths. In 1940, von Braun took a tour of Sänger’s lab at Trauen. Von Braun returned the kindness by inviting Sänger to tour his own laboratory. The two rocket scientists both attended the same hypersonics conference at Peenemünde that October.

But von Braun’s feelings towards Sänger were less than warm. Between Sänger not being a German-born and his work not being any more advanced than von Braun’s, the Army’s interest in the skip-glide vehicle was lukewarm at best. Von Braun quashed any interest, recommending that the Air ministry not hire Sänger at all. Some historians suspect von Braun saw Sänger as a rival.

The lab at Trauen was closed in March of 1942, officially because of a nation-wide fuel shortage and Sänger’s constant disagreements with his supervisor. More likely, however, Göring pulled funding from the rocket project after seeing the poor results from the Peenemünde group.

Sänger pressed on, writing a complete report outlining his skip-glide bomber system in 1944 called “A Rocket Drive for Long Range Bombers.” He distributed this report as widely as possible, hoping to drum up some interest but it was too late. Germany was in ruins and had no money to devote to a large-scale research program that didn’t promise an immediately useful weapons system.

But two copies of Sänger’s report did reach two very important people: Walter Dornberger and Joseph Stalin. Both saw the value of the skip-glide bombing system and acted very different with the report in hand. 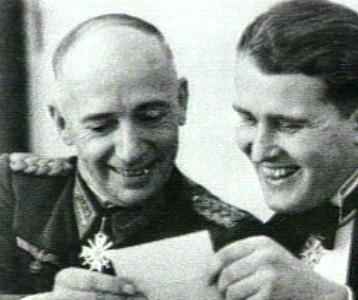 Dornberger and Von Braun during WWII.

In the wake of the Second World War’s end, cooperation between the Soviet Union and the United States was starting to crack and give way to a new rivalry. Stalin, seized by the idea of a precision bombing system that could decimate the American city of his choice, mounted a significant effort to kidnap Sänger but never found the rocket scientist. Sänger and his collaborator-turned-wife Irene Bredt fled to France, then moved to Egypt, and eventually back to Germany, all the while evading the Soviets’ grasp.

Dornberger acted less impulsively. He immigrated to the United States and eventually took a position with Bell Aerospace. Still with Sänger’s system in mind, he began lobbying the US Air Force to invest in a skip-glide system in 1952. The project was eventually greenlit in 1957, becoming the short-lived and a somewhat disastrous Dyna-Soar/X-20.

Sänger never saw how far his vehicle developed from concept to hardware. Dornberger invited Sänger and Bredt to the United States in the 1950s, offering them the chance to work on the Dyna-Soar project at Bell, but the couple declined. Sänger died of a heart attack in Germany in 1964, two years after the Dyna-Soar program was cancelled.