This Pill Can Stop HIV

So why is no one taking it? 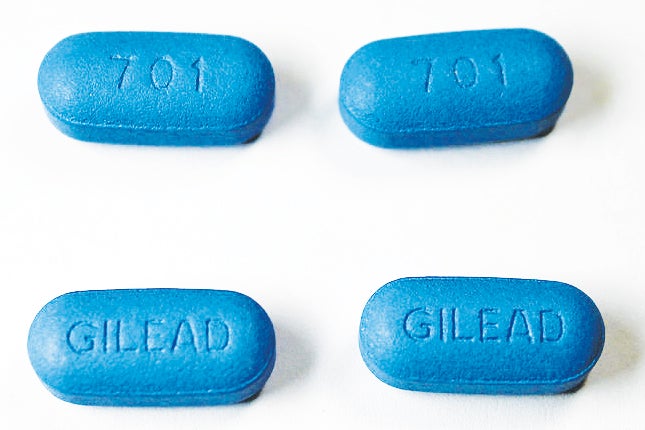 The drug that could end the HIV pandemic is already here. Branded Truvada, this pre-exposure prophylaxis (PrEP) prevents HIV infection by blocking the virus’s ability to replicate. “It’s a big deal,” says Robert Grant, a leading HIV/AIDS investigator at the University of California, San Francisco. “It’s an opportunity for uninfected people to proactively protect themselves.”

Approximately 50,000 Americans will develop HIV this year. But since Truvada was approved as a PrEP in 2012, only 10,000 patients—or two percent of the 500,000 Americans identified as “high risk” by the Centers for Disease Control and Prevention (CDC)—have gotten a prescription for it.

Critics have vocalized concerns about side effects. “People have memories of what it was like to be treated with very high doses of drugs in the 1980s,” Grant says. “That lingers on even though HIV medication is much safer than it used to be.” In fact, Truvada has been used to help treat HIV for a decade. But, as with birth control in the 1960s, the concept of a pill regimen for safer sex was stigmatized, triggering a backlash against so-called “Truvada whores.”

So in May, the CDC laid out clear clinical guidelines: High-risk patients should take a daily pill and get an HIV test every three months. Truvada should supplement, not replace, condoms. Results from a 2012 trial showed that when participants took the pill every day, their risk of developing HIV was cut by 92 percent.

Some still balk at paying for preventative medication, though Truvada is covered by insurance. “Price is always an issue,” says Anthony S. Fauci, an immunologist at the National Institutes of Health. “But if you look at the cost of treatment when someone gets infected, it dwarfs the cost of prevention.”

The next step is coming up with streamlined delivery methods, says Dawn Smith, an epidemiologist at the CDC. A weekly pill or monthly injection could minimize the hassle. And perhaps the stigma, too.

The History Of Safer Sex (The Short Version)

1981: The New York Times runs a story on “rare cancer” in homosexuals.

1993: Hollywood explores the homophobia surrounding HIV and AIDS in Philadelphia.

2004: Truvada gets FDA approval for treatment of HIV and AIDS.

2013: The Bill & Melinda Gates Foundation launches a competition for a better condom.