For robots, walking on two legs is hard. Helium helps. 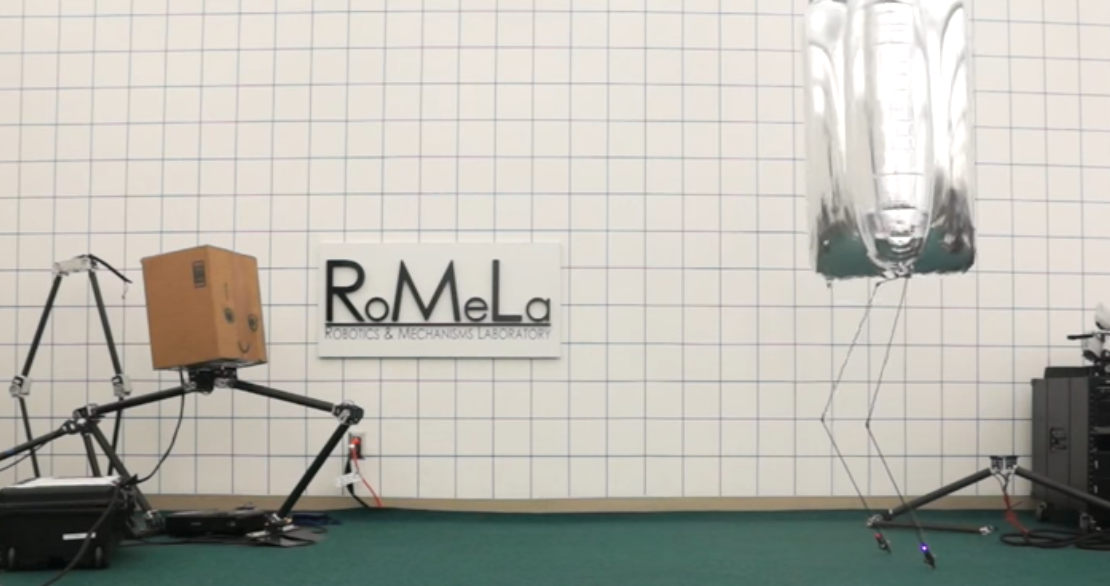 Walking on two legs is one of the hardest ways to travel. Few creatures do it in nature, and when humans have made walking robots, the two-legged ones tend to fall down a lot. What if, instead of carefully calibrated bodies, a walking robot was simply built around a torso that defied gravity?

Enter BALLU, the “Buoyancy Assisted Lightweight Legged Unit.” It’s a balloon with legs. That balloon is filled with helium, so it’s not defying gravity, exactly, but it is using the buoyancy of the body to keep missteps from turning into embarrassing falls. It can walk down halls:

And bounce down stairs.

BALLU was made by Dennis Hong at UCLA’s Robotics & Mechanisms Laboratory. The robot is at the early stages of development, and is as much a proof-of-concept of a balloon based machine as anything else. IEEE Spectrum even describes it as “more like a hybrid airship than a blimp: It’s not lighter than air, so it doesn’t float by itself, and requires some assistance (legs, in this case) for support and to control its motion.” It’s a fascinating approach to bipedal robots, and it comes with a whole new set of constraints. Because of how light it is, BALLU is unlikely to carry much more than a simple, extremely light electronics. Don’t expect it to start shelving boxes or sweeping up a warehouse any time soon.

Watch the video, with its odd horror-movie inspired editing and soundtrack, below: