Imagine flying robots that never had to land, ever 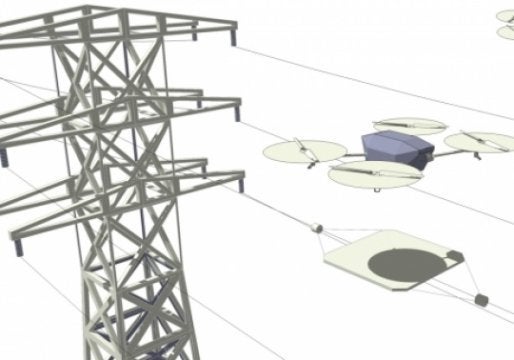 Everything that flies must eventually land. Unless, say, it’s an all-electric drone that can recharge while in flight. Researchers at Imperial College London have demonstrated a way to transfer electricity wireless to a flying drone. Even better: they did so building on a concept pioneered by Nikola Tesla.

Removing the battery from an off-the-shelf drone, the researchers attached a copper ring to the drone’s electronics. Then, a transmitter on the ground connected to a power supply made a magnetic field. When the drone flew into the field, hovering at a distance of no more than 4 inches above it, it was able to draw power from that field, and convert it into direct current to power the small flying machine.

The technology is still constrained by the narrow gap between drone and charger; 4 inches away from the charger is better than being plugged into it, but it’s not a ton of space. Still, the team at Imperial College London seems confident in the results, floating concepts for drones that charge over power lines, drones that charge other drones, and even inductive charging stations that can land on Mars to recharge tired robotic rovers. There’s also concept art for a military vehicle that can charge ground robots under a hatch in the back and keep drones powered through a charger on the roof.

It’s an electrifying vision of the future, where robots stay in the sky for as long as there’s a close enough power station nearby to keep them charged.