The statement is "I am comfortable with robots crawling on me." 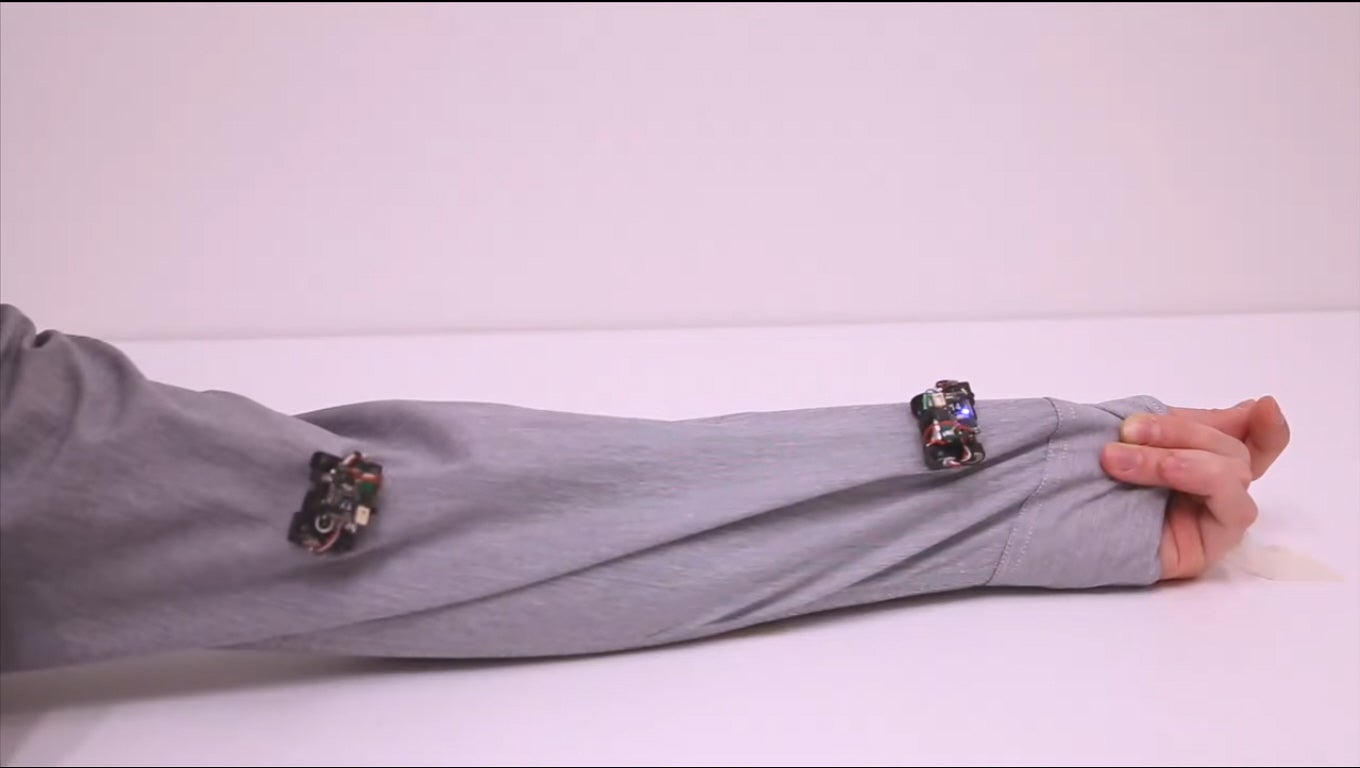 If there’s one thing missing from modern fashion, it’s a flashy accessory that feels like a giant bug is crawling on the wearer at all times. Thanks (?) to the work done by researchers at MIT and Stanford, small robots can now climb all over clothing.

With magnet gripping wheels inside and outside the garment, the rovers cling to the shirts they’re on and can move about semi-autonomously. Why? Recode reports:

There might not be a large market in people who want a robot that moves up their sleeve to remind them about email, but the technology has applications beyond just clothing. Lockheed Martin has a large, fabric-crawling robot that it uses to inspect airships for leaks, and smaller versions of the technology could inspect all sorts of cloth structures. That’s not fashion, exactly, but airship leaks are never in style.