Don't send a humanoid to do a Roomba's job 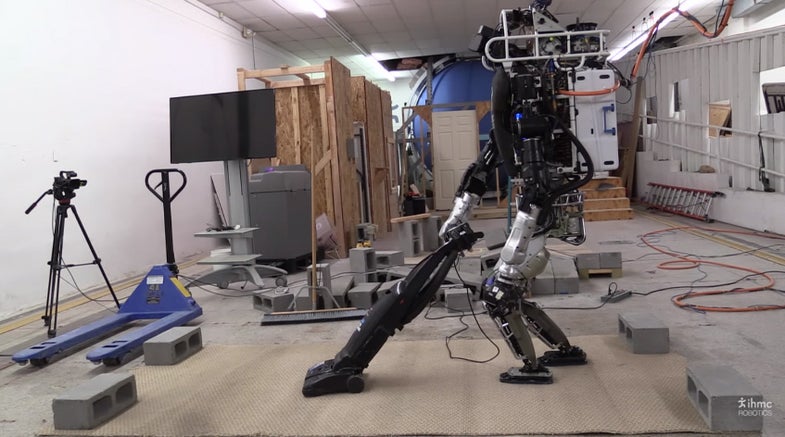 With an electronic tether descending from the ceiling above, the ATLAS robot at the the Institute for Human & Machine Cognition (IHMC) in Florida looks like a cybernautic riff on an old deep sea diver. Initially developed by the Defense Advanced Research Projects Agency (DARPA) is one of the most advanced humanoid robots in the world, recently placing second in the DARPA Robotics Challenge. And yet, it still can’t figure out how to hold a broom quite right.

In a video released by the IHMC this week, ATLAS demonstrates a variety of “whole-body coordinated motions.” Specifically, a bunch of household cleaning tasks, like vacuuming the square of carpet, sweeping up the Nerf darts, and putting trash into a trashcan and then putting that trashcan on a table. The video shows them at 20 times their normal speed, which highlights just how awkward and inefficient the movements are.

With every task It looks like a human in a giant clumsy suit struggling to complete basic tasks. The Jetson‘s robotic maid Rosie this certainly isn’t. ATLAS isn’t built to be a robot housekeeper, which is a job the disk-shaped Roomba robot family does much better anyway. But performing the tasks is still a way to test to see if ATLAS’s code is working.

So not the future of chores, but a pretty cool demonstration anyway. Watch the full video below: