What to know about the new Samsung Galaxy Note10 and Note10+

There are two Note models now. 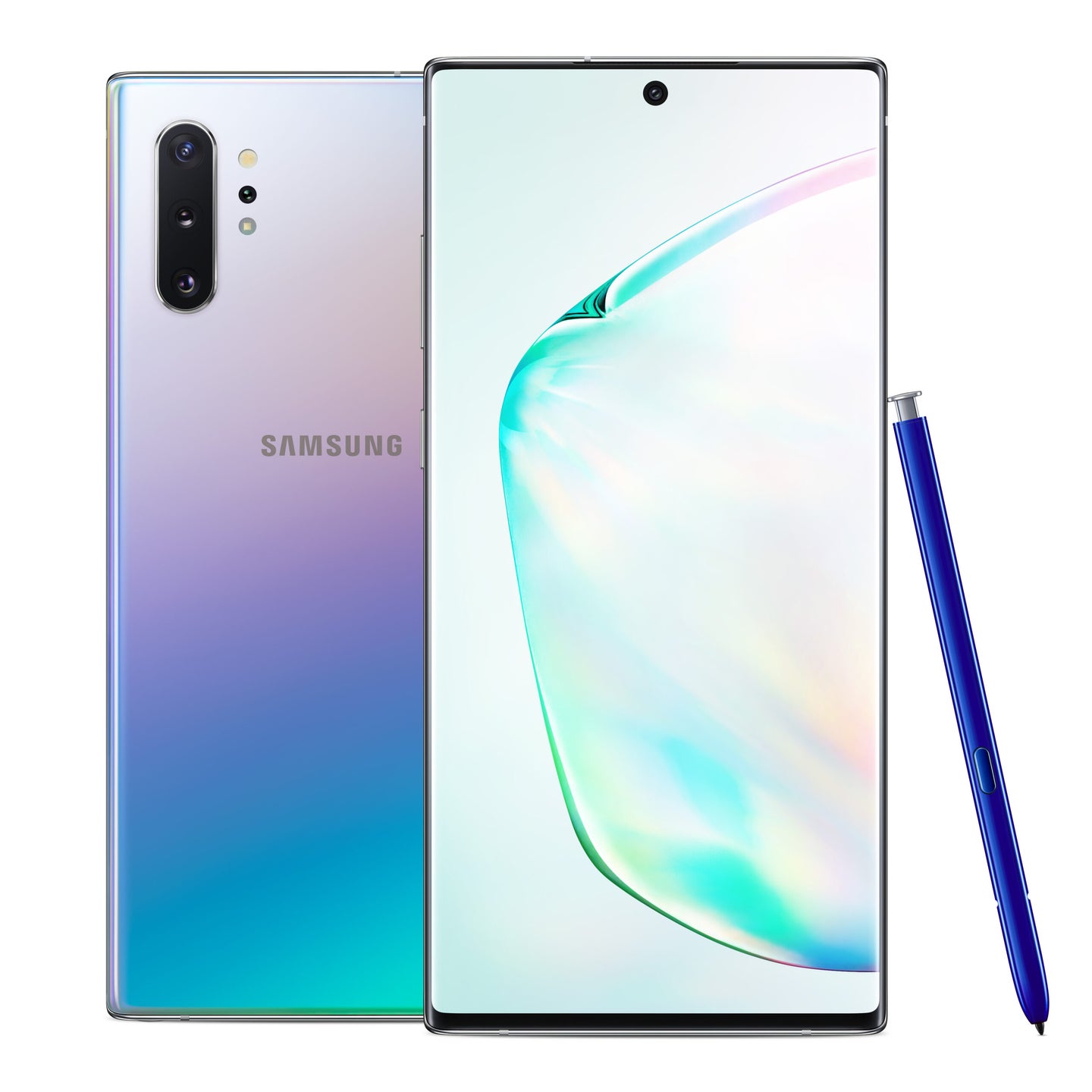 Earlier this year when Samsung released the latest version of its flagship Galaxy S phone, the S10, it actually unveiled four different models of the device. They ranged from the smaller S10e to the bigger S10 5G handset.

The company is continuing that multiple-phone-size theme for the first time in the Note line, by announcing two new Galaxy Note devices today. You’ll remember that the Note handsets are the phones Samsung recalled back in 2016 and then brought back in 2017 with the Note8. Now we’re onto the Note10. For the uninitiated, the most noticeable design difference between a Samsung Note phone and the Galaxy S phones is that the Notes have a stylus, called the S Pen, that’s housed within the device like a train parked in a tunnel.

Here are the top line features on the new Note10.

There are two models

Samsung is releasing two different models, the Note10 and Note10+. As you might imagine, the 10+ is the bigger of the two siblings. The Note10’s display is 6.3 inches across, and the 10+’s is 6.8 inches, which makes it the biggest Samsung phone and larger than any of the iPhone options. If you’re a Note user who likes wielding the S pen to make notes or doodles with, then the 10+ model will give you a bigger canvas to jot down your thoughts.

The Note10 has about the same size display as the screen on Note9, but the size of the Note10’s body has actually gotten a little smaller and thinner than the 9’s frame.

Both models start at 256 GB of storage, but with the larger one, you can also grab one with about half a terabyte—512 GB. The 10+ will also come in a 5G-enabled version. Both run off the same processor, a Snapdragon 855, but the battery on the bigger one is, not surprisingly, larger. Samsung says the Note10’s silicon, such as the CPU, will run faster than the previous-gen device.

Last year’s Note packed in a new feature: using artificial intelligence onboard the smartphone to recognize what kind of scene you’re shooting (like food at brunch) and then customize the camera settings to ideally do justice to the French toast in front of you. This year, they’re using AI to do something different: recognize your handwriting and convert it to text.

Samsung has offered this before, but the company says that it works better now. Company representatives said that they’re using a new algorithm that they trained on over a hundred thousand handwriting samples to learn that a written “7” scratched in your handwriting becomes a “7” in text. (Training machine learning algorithms on raw data to get good at a task, like handwriting or image recognition, is a very common AI strategy.)

After you make a note with the stylus, it takes a couple steps to convert it to a text document, including Microsoft Word. When I tried it, it rendered “This is the Samsung Note 10+” as “This is the samsung Nite 10+,” but then again, my handwriting is pretty bad. Note10 users trying this feature out will likely quickly learn how carefully they need to write for the company’s algorithm to pick up their chicken scratch correctly.

Last year’s Note had two cameras on the back. The Note10 has three—an ultra-wide, a wide-angle, and a telephoto. That’s a similar set-up to what’s on the Galaxy S10. The front “selfie” camera is now 10 megapixels and positioned in the center of the top of the device.

The company also says they’ve made improvements to the way the device shoots video. One new tweak will allow the camera to use its microphones to zoom in on a specific scene you’re recording. For example, if you’re trying to capture a street musician, the device should be able to gather the sound of their music instead of the sidewalk chatter next to you. You can also add blur to video footage like you can with portrait-mode photos. And the S Pen now offers more in the way of camera controls via gesture, so you can hold the stylus in your hand and wirelessly perform functions like zooming and starting a recording.

Samsung has also made changes in how you can use your phone in conjunction with a PC. If you’re running a PC with Windows 10, you can log into your Microsoft account on both the computer and Note10. Data like text messages and photos will sync. For gamers, a system called “Play Galaxy Link” will let people run games from their computer on their Note10. And since the Note line has a reputation for being a good gadget for gamers, Samsung says it has created what it calls the “world’s slimmest vapor chamber.” That chamber helps cool the phone to try to keep it from heating up when you play games like Fortnite. The device will also us AI to try to boost the device’s gaming performance as it learns from you, Samsung says.

Oh, and it lacks one feature that another smartphone-maker famously removed in 2016: a traditional 3.5mm headphone jack. Instead, you’ll need to plug headphones into the USB-C portal in the Note10. The device will include headphones with that USB-C format in the box.