The next battle for smartphone screen supremacy is about speed, not resolution

The OnePlus 7 Pro screen has a 90 Hz refresh rate and it makes a huge difference. 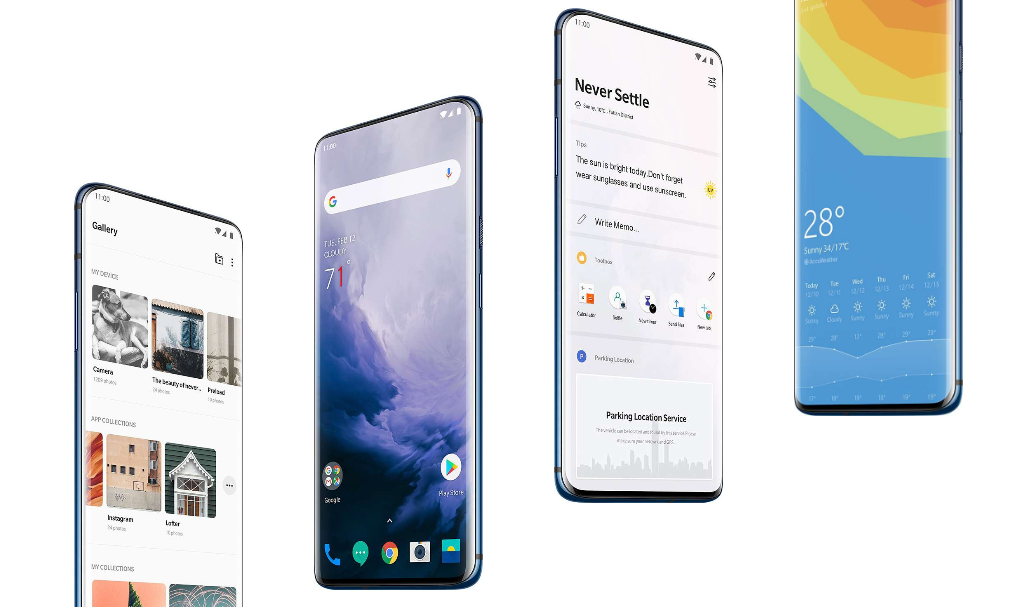 If you’re using one of the most common smartphones at the moment—even one of the very pricey ones—the image on your screen likely refreshes 60 times every second. There are faster screens out there, but most of them reside on specialty phones like the Razer gaming phone, which debuted back in 2017. Today, however, OnePlus announced its 7 Pro smartphone with a screen that refreshes at 90 frames per second. While it may not be the killer feature that prompts you to ditch your precious Galaxy, iPhone, or Pixel, the quest for smoother motion on smartphone screens is finally starting to pick up steam.

What does refresh rate even mean? If you have used Apple’s refreshed iPad Pros, you may have noticed how smoothly everything appears to move across the screen. It’s particularly noticeable when you’re scrolling through something and the image on the screen doesn’t jitter or lag. That iPad screen uses a 120 Hz refresh rate, which means it can redraw the image on the display 120 times every second. Typical mobile devices, however, are typically locked in at 60 Hz, which means they redraw the image half as many times every second.

So, the new OnePlus phone splits the difference between the smoother iPad and the typical iPhone display.

To put it simply: the faster the refresh rate, the better and smoother the graphics look assuming the device’s computing guts can keep up.

Outside of the smartphone world, higher refresh rates are fairly common. Many TVs refresh at 120 Hz, and computer gaming monitors can run at 144 Hz to make things even smoother.

Below, you can watch the portion of the OnePlus presentation in which the company explains the 90 Hz tech in the 7 Pro.

Displays for virtual reality have also improved recently. The Oculus Quest bumps its refresh rate up to 72 Hz from 60 in the Oculus Go. The more powerful Rift (which requires a PC to use) goes all the way up to 90 Hz. Motion blur is sometimes associated with nausea in virtual reality situations, so a high refresh rate is good

It’s not quite as simple as just slapping a really fast screen into any device. All those cycles require battery juice and processing power to actually tell the device what should be on the screen. The Razer phone, for instance, shifted its refresh rate on the fly, all the way down to 20 Hz when you were doing something relatively static like enjoying a great PopSci article in a browser or reading a book in the Kindle app.

If you play PC games at all, you know that turning up the refresh rate in your settings taxes your hardware much harder and sometimes leads to stuttering or even freezing. The screen can only redraw the image as quickly as the hardware and software inside can tell it what to display.

The other downsides of fast refreshing comes from issues like the “soap opera effect” that some modern TVs have in the form of motion smoothing. Movies and videos that were shot at 24 frames per second look very odd when played back at 120 Hz—you can watch Tom Cruise’s explanation of it below.

I’m taking a quick break from filming to tell you the best way to watch Mission: Impossible Fallout (or any movie you love) at home. pic.twitter.com/oW2eTm1IUA

The iPhone displays content at 60 Hz, just like almost every other flagship or mainstream phone at the moment. However, the most recent iPhones do have a 120 Hz touch sample rate, which is something entirely different. That means the touchscreen is tracking the location of your finger 120 times per second. So, while the screen’s image still refreshes at the same rate, the device is quicker when it comes to actually tracking your touches, which contributes to a snappier overall experience.

Are we going to see more of this?

The big manufacturers are typically quiet about upcoming devices, but the screen has largely become the battlefield on which the smartphone war for consumer attention is fought. Cramming more pixels into the same space has diminishing returns after a point and most high-end phones are already moving to OLED from typical LCDs as a matter of course, so companies are looking for something to stand out, and a faster refresh rate is immediately noticeable.

Should I get the OnePlus 7 Pro because of it?

On paper, the new OnePlus flagship looks very impressive. The curved 6.7-inch screen (only 6.5 inches of which is flat and totally usable) is attractive, especially because the front-facing camera extends from and retracts into the top of the phone rather than cutting a notch into the display. It has a fingerprint scanner beneath the screen, too, like the Galaxy S10, and it supports HDR video playback as well. On top of that, it costs just $669, which would have been expensive a few years ago, but now seems like a bargain compared to the $1,000 and up phones out there.

T-Mobile will offer the phone directly, but if you want it on another network, you’ll have to get it directly through the OnePlus e-commerce site. Plus, it claims water resistance, but it doesn’t have an official IP rating to certify it. You’re also out of luck if you want wireless charging. But, overall, the phone has tons going for it. Whether or not that’s enough to pry people away from the big players is yet to be seen.