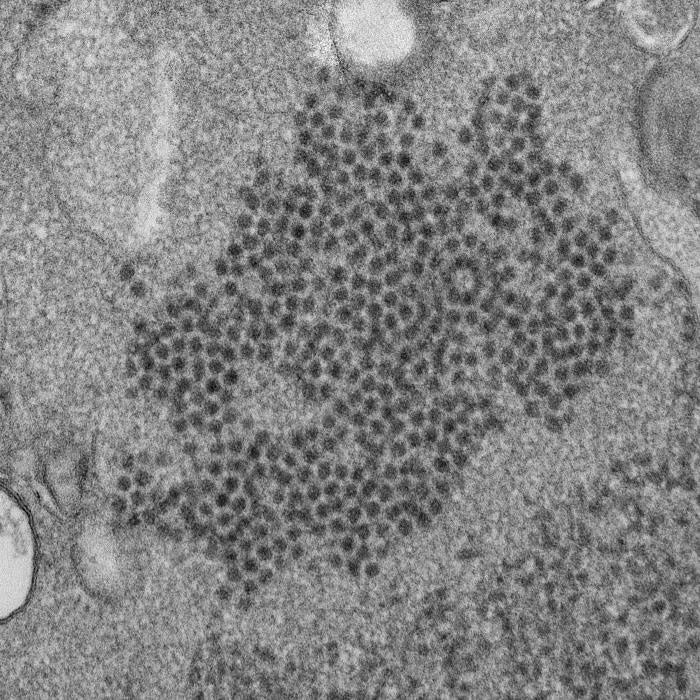 In 2014, doctors in Colorado and California started to notice cases of a polio-like illness, which caused limb weakness and spinal cord abnormalities. Public health researchers called it acute flaccid myelitis, which they believe a virus to be the root cause. For the past five years, they’ve been working to identify the specific viral pathogen responsible, how it works, and why some kids develop symptoms of paralysis while others do not. That type of scientific detective work helps them develop treatments and stop the spread of an illness—and answering all those question is key for a robust public health response.

“If we can figure out what virus is the trigger, that’s how we develop vaccines,” says Priya Duggal, director of the genetic epidemiology program at the Johns Hopkins Bloomberg School of Public Health. Researchers also need to figure out how the virus works. “If we fail to understand the mechanism, history will repeat itself. Another virus will come up.”

Viruses called non-polio enteroviruses are the lead suspects for causing AFM. Infections from those viral types are common, and usually just cause mild, cold-like symptoms. But monitoring specific viruses within that category over the past few years has shown that AFM crops up in the same places that the virus does—specifically, the EV-D68 virus.

The EV-D68 can cause paralysis in mice, which is another step to nailing down the culprit for AFM. “That’s telling us that this virus is capable of causing disease,” Duggal says.

Spikes in the number of cases have appeared every two years since 2014, and the number of cases appears to be going up (though that might just be because more cases are reported). “That temporal and geographic correlation is a piece of the puzzle,” says Kevin Messacar, a pediatric infectious disease physician and researcher at Children’s Hospital Colorado. That can’t alone prove that the virus caused the illness, he notes, but—“The circulation, particularly of EV-D68 and AFM, has coincided in 2014, 2016 and 2018.”

Modeling the disease to try and predict where and how hard it might strike next is another next step, Messacar says. The number of cases went up between 2014, 2016 and 2018, but it’s hard to compare year-to-year. Reporting and awareness also went up, so it may just be that more cases were identified as AFM. It doesn’t necessarily mean that the number of cases will continue to rise. “We don’t know what’s going to happen,” he says. “There’s a good chance it comes back in 2020. It might come back with a few hundred cases, it might come back in a bigger way, or a smaller way.”

It’s been more challenging to actually find the virus in patients who have AFM—a virus has only been identified in a few cases. That’s because there’s a lag time between when patients have respiratory symptoms from the virus and when they have symptoms of paralysis, Messacar says. So, by the time the illness is diagnosed and doctors go to look for the virus, it’s often no longer there.

That’s not uncommon among viruses that cause neurological symptoms, Messacar says. “It’s a known phenomenon.” It’s the same in cases of central nervous system illness from West Nile virus: to diagnose those cases, researchers look for antibodies to the virus in the spinal fluid of a patient, rather than the virus itself. Similar diagnostic tests for AFM are in development. “That’s going to be a step towards further conformation of the virus responsible,” he says. “It’s going to serve two purposes: one, to be a piece in this causal puzzle, and to be a clinical diagnostic test.”

On the mechanistic side, Duggal is looking at the genetics of AFM patients as well as their immediate family members to try and figure out why only some kids infected with the virus are paralyzed—two sibling might catch a virus and only one might have paralytic symptoms. “Folks like me would say yeah, [the virus] is just a trigger,” she says.

A full understanding of the disease, Duggal says, requires input from all sides. “It’s about knowing you have enough expertise in each of those puzzle pieces, and the right people will be brought to the table to bring those puzzle pieces together,” she says.

Proving conclusively that one individual virus cases AFM is tricky, Messacar notes, and some researchers might not be ready to identify a cause. “Many of us following this since 2014 feel like the evidence is strong enough to say this the likely driver,” he says.

The past few years of research have expanded our understanding of AFM, but there’s still more work to be done, Messacar says. But while work to nail down the specific virus continues, he says it’s also important to work towards ways to treat and prevent clinical presentations of the disease. “We need to keep our eyes open,” he says. “We need to do as much work as we can so we can be prepared if it does come back.”