Stop saving your umbrella for a rainy day

Countries like China and Egypt have been using the parasol the right way—to stay cool and stop skin cancer. 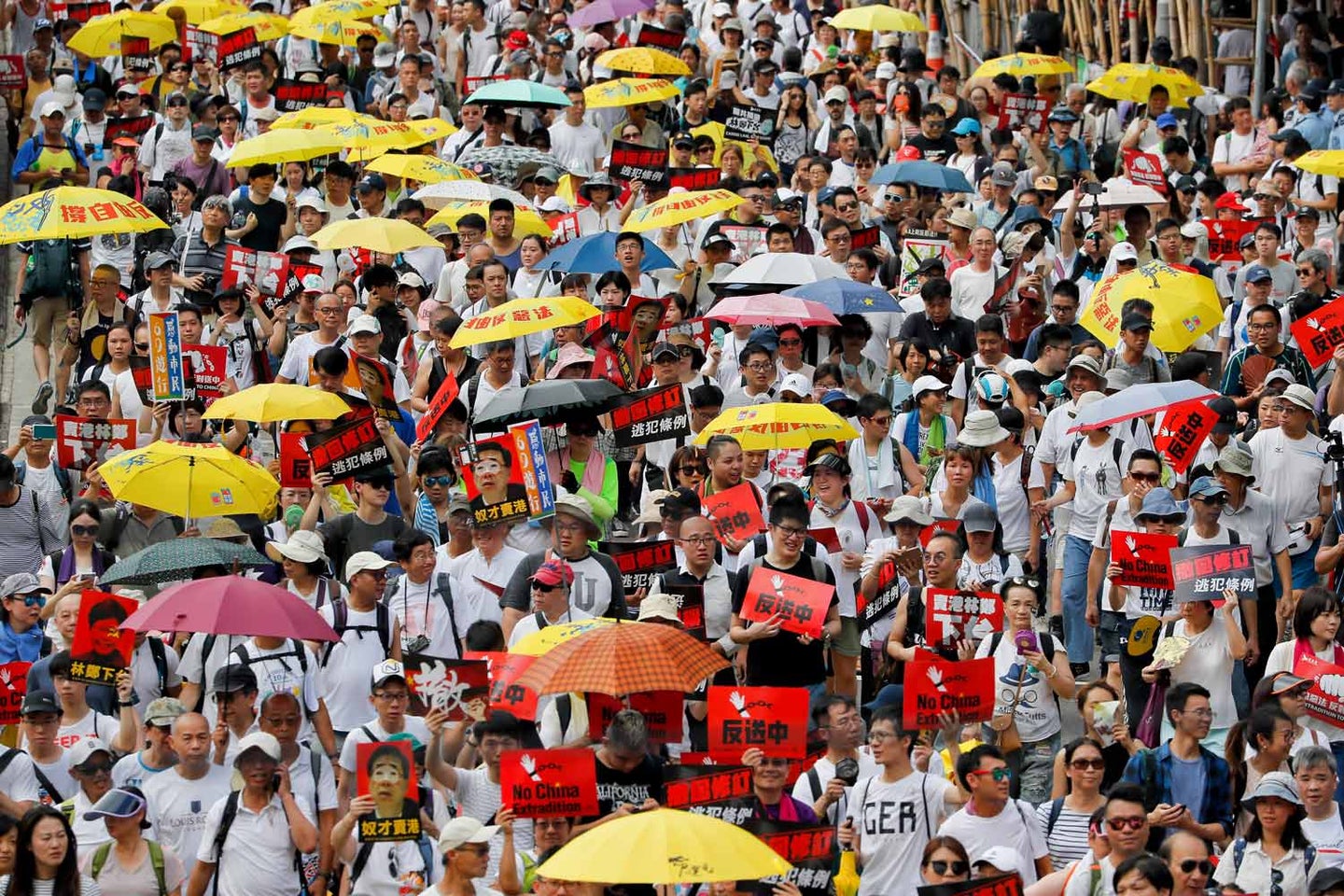 Many of us apply sunscreen when we go to the beach. But walking outside under the fierce summer sun—even if it’s to run a quick errand—can be taxing: We sweat, we get exhausted, we burn and we expose ourselves to dangerous UV rays.

In Asian countries, many people have a convenient tool at their disposal: They’ll often use umbrellas to shield them from the sun’s powerful rays.

As a historian of technology, I’m interested in why some technologies are readily accepted by some groups but not others. Unlike an expensive technology that may be very challenging to learn how to use, such as a car with a manual transmission, the umbrella is cheap, readily accessible, and easy to maneuver.

So why did the sun umbrella fall out of favor in the U.S.? And can Americans—women and men—ever be convinced to carry an umbrella when it’s hot and sunny, not just when it’s wet?

From status symbol to tool of the masses

The umbrella was actually invented to protect people from the sun.

The origin of the word “parasol” comes from the French “para,” for “stop,” and “sol,” for “sun.” And “umbrella” originates from the Latin “umbra,” which means “shade” or “shadow.”

Thousands of years ago, servants in Mesopotamia, Egypt, China, and India wielded large umbrellas to shade rulers from the sun. Umbrellas made for individual use didn’t appear in Europe until the late 17th and early 18th centuries, and they were deployed to ward off both the sun and the rain. Fashionable, wealthy women primarily used them, a reflection of the umbrella’s high cost and the status it denoted.

By the 1850s, the introduction of folding metal ribs and lighter materials like silk reduced the weight and cost of the umbrella, transforming it into an essential component of the wardrobes of middle- and upper-class women.

Like other technologies ranging from radios to thermos bottles, 20th-century mass production turned umbrellas from a status symbol for the wealthy into a tool for the masses.

When it comes to protection from the sun, umbrellas have been long used by women far more than men. In 19th-century Western cultures – much like in Asia today – pale skin was perceived as a sign of beauty. It signaled that a woman was wealthy enough that she didn’t have to work outdoors.

The umbrella also came to be associated with feminine frailty, which made umbrellas less attractive to men. The reluctance of the military to authorize their officers and men to use umbrellas is one example of how the umbrella has been gendered.

Yet since the 1960s, the inexpensive umbrella has become a widespread low-cost accessory for Eastern women to protect them from the sun. A 2008 survey found 65 percent of Beijing women used an umbrella to reduce sun exposure, while only 14 percent of men did—a result found in similar studies.

So why did American women stop using the umbrella for sun protection?

The automobile reduced the need for walking and provided a private shield from the sun for the driver and passengers. Starting in the 1920s, tans started to be seen as a sign of beauty in many Western cultures, while changing fashion styles dictated that a “modern” women should shed the parasol as a must-have accessory.

While many Eastern women might use the umbrella to preserve their fair skin, increasing concerns about skin cancer might serve as an impetus to reintroduce the sun umbrella in Western cultures.

A rise in skin cancer rates —5 million new cases and 9,000 deaths from melanoma annually in America—has led to a growing emphasis on reducing sun exposure among public health advocates.

Nonetheless, sun umbrellas haven’t received much attention. Even the American Academy of Dermatology suggests umbrellas only for infants, gardeners and tractor drivers.

Yet they’re effective, cheaper, and less messy than applying sunscreen. A 2012 study conducted by the Emory Medical School Department of Dermatology found that an umbrella could reduce direct exposure to UV rays by 77 to 99 percent. Total UV exposure, which includes indirect sunlight reflected from the ground, can be much higher. That’s why sun umbrella advocates emphasize that it should be used only as an adjunct, not a replacement, for other preventive measures like clothing and sunscreen.

But clearly, there’s a big roadblock that’s holding back their widespread adoption—American women either don’t know about sun umbrellas or don’t see them as fashionable. And most men definitely don’t view them favorably.

How can we make umbrellas trendy again?

McDonald’s, of all places, could offer some clues.

Nonetheless, since the 1960s, McDonald’s has opened 30,000-plus stores in more than 100 countries. Now, people around the world eat hamburgers with their hands. McDonald’s pulled this off by intensively promoting its burgers as a visible symbol of modernity and Americanism while also adapting to local cultures.

Menus were expanded to include local cuisine—think shrimpburgers in Japan and mashed potato beef burgers in China. McDonald’s advertisements featured celebrities and actors happily eating hamburgers with their hands. Nervous neophytes easily learned how to hold a hamburger without feeling like an ignorant, second-class citizen.

Just as the MTV show “Sixteen and Pregnant” helped reduce teenage pregnancy in the United States, so too could television and social media promote celebrities and influencers using sun umbrellas.

This is not wishful thinking. In one survey of women conducted from 2011 to 2012, 80 percent of nonusers indicated that a doctor’s recommendation would make them consider using a sun umbrella. Seventy-one percent thought seeing more people using a sun umbrella would encourage them to actually use one. In the study, participants who viewed photographs of famous women using umbrellas for sun protection thought that they were more socially acceptable.

The women surveyed were young: 31 was the mean age. Their main reasons for using a sun umbrella were to avoid wrinkles, protect their skin and, last, minimize the risk of skin cancer. The main reasons for not using a sun umbrella were the understandable desire to keep their hands free, the inconvenience of using one, and, significantly, not having thought about it before.

As for me, a 63-year-old male living in sunny Texas whose parents had skin cancer, I’ll keep embarrassing my kids by wearing my wide-brimmed dorky dad hat, slathering on the sun screen, donning long-sleeve shirts, and unfurling my portable umbrella when strolling under the sun.

Jonathan Coopersmith is a Professor of History, Texas A&M University. This article was originally featured on The Conversation.