The lens borrows from eyeball mechanics for effortless changes in focus. 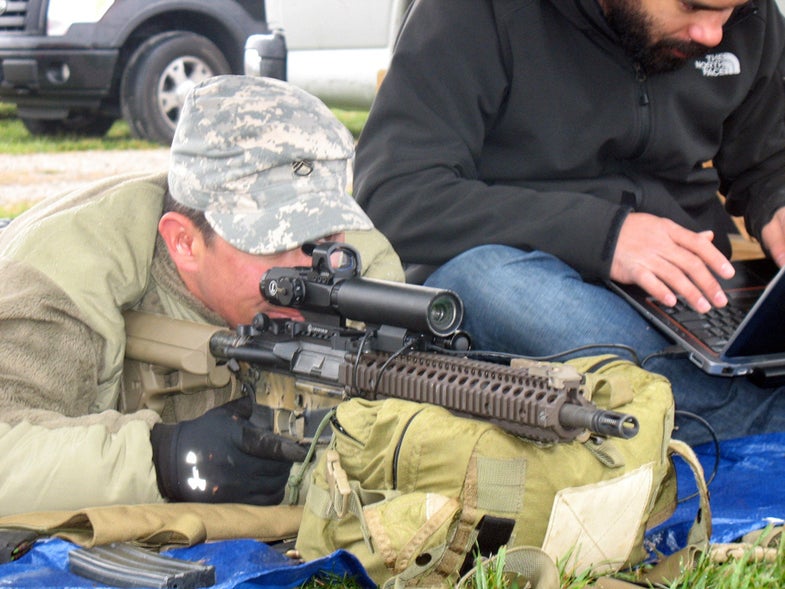 In the tense moments of a long-range gun battle, unnecessary movements can give away a combatant’s position, cause them to lose sight of the enemy, and possibly lead to fatalities. For America’s special forces, Sandia National Laboratories has developed a new sniper scope that, with the press of a button, adjusts focus. Called Rapid Adaptive Zoom for Assault Rifles (RAZAR), the lens has immediate uses on the battlefield, but in the future, it might just be a birdwatcher’s best friend.

The adaptive zoom lens works, not by changing the distance between two lenses as in a traditional scope, but by changing the curvature of a given lens. This is similar to how human eyeballs switch focus. In humans, muscles in the eye pull the lens to flatten it for far-away vision, and contract to thicken the lens for objects up close.

RAZAR does this using minimal energy, with 10,000 focus changes burning through only two AA batteries. After the batteries are dead, the lens can’t adjust until new ones are put in. But unlike systems that use electronic cameras for zooming, the lens still works without power.

While Sandia Labs developed RAZAR to help special forces win gun battles, the technology is by no means limited to a military role. Most anything that uses lenses for zooming, rather than digital magnification, could use an adaptive lens. The birdwatchers of the future, hiding out in tall grass looking for whooping cranes, may very well owe their spectacular views to a scope designed for troops fighting battles abroad.