Hooligans Are Razing The ‘Minecraft’ Version Of Denmark

You gave us the Vikings. Now how does it feel, Denmark? Not so good, I bet. 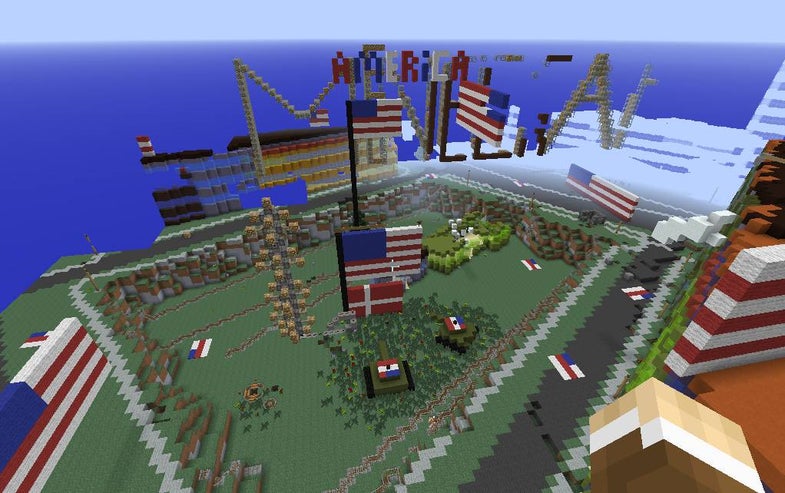 As one of the most peaceful countries on the planet, the people of Denmark have many hours to devote to government-sanctioned projects, like the construction of a full replica of their country in the videogame _Minecraft, _a real thing you can see on a real government website.

But they just can’t have nice things. As _Engadget _reports, vandals — nay, madmen — have started to blow up parts of the virtual country. Organizers at first asked that, if users tore something down, they respectfully erect a building to replace it. But, ha, nope! Instead, downtown Copenhagen was reduced to a gaudy swirl of American flags. _U-S-A! U-S-A! _

Apparently the damage was only minor, and the government expected at least some damage to the design. So, virtual world war avoided for now.