It's already in place for online computer gaming. Can the government successfully impose a curfew on the one gadget people can’t live without? 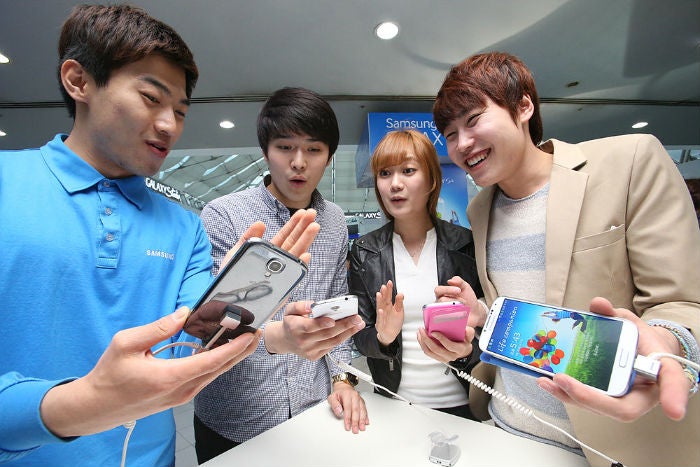 South Korea is a country known for its absurdly fast internet access, whether it’s on smartphones or desktop computers. It’s also home to Samsung, the native-Korean tech conglomerate that sweeps a whopping 30 percent of the global mobile device market.

But the South Korean government is now worried that people’s love for their smartphones may have turned too extreme, becoming a menace to society. To tackle the burgeoning problem, the government is already enforcing a midnight curfew for online computer gamers under 16 years old, according to the Global Post, and is looking to expand the curfew to smartphone gamers.

Currently, about 70 percent of South Koreans use smartphones, according to the Global Post, while only 58% of American adults own one. (If you just count “mobile phones,” the number is actually more than 100 percent, with some people carrying multiple phones.) Having unveiled its searing-fast LTE network last summer, South Korea announced earlier this year that they will be introducing a new 5G mobile internet service—while the rest of the world is still adjusting to the 4G/LTE service—that will allow users to download an 800-megabyte movie file in one second. The country’s science ministry aims to bring the technology to market within six years. A New York Times article from a while back described in-depth how interconnected the South Korean society is with smartphones. Mobiles phones equipped with integrated circuit chips can be used as credit cards, student ID cards, or storage for “T-money” (a type of electronic cash shored and refilled with SIM cards on the phone).

The government has deemed the use of smartphones an epidemic, with one in five students qualifying as “addicted” for using their phones seven or more hours a day. Even if we don’t know the full effects, it certainly could be causing health issues. Whether expanding a government-mandated curfew will help, we’ll see.