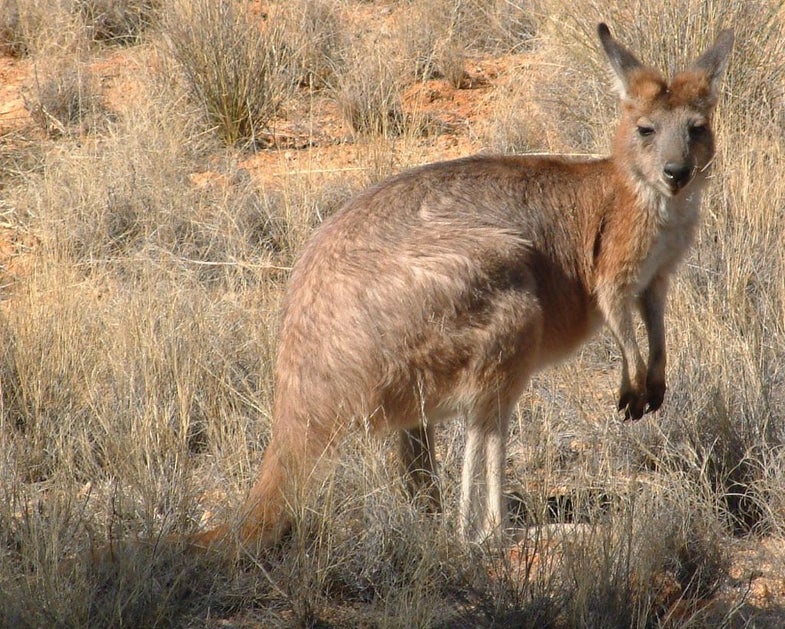 For thousands of years, Australian Aborigines have lit fires to help them hunt for animals like sand monitor lizards; burning the grassland helps expose the reptiles’ holes. It doesn’t exactly sound like a “sustainable” practice, but research has shown that these burns have a number of beneficial effects on the environment.

Specifically, the fires make the landscapes more “patchy” (compared to un-torched terrain), creating a more diverse mix of habitats. This means different types of plants and animals can flourish, offering a wider variety of food sources for beasts and humans alike. Believe it or not, recent research has shown that this burning counteracts the hunting of lizards and actually increases the animals’ populations, compared to areas without any Aboriginal burning. “Paradoxically, [sand monitor lizard] populations are higher where Aboriginal hunting is most intense,” a December 2013 study found.

“Where Aboriginal fires are more frequent, hill kangaroo population are significantly higher, even in the face of predation,” said Brian Codding, a study author and researcher at the University of Utah. “The benefits kangaroo receive from burning outweigh the impacts of hunting at intermediate levels of interaction.”

If only all such hunting could be so beneficial. Codding said that there is a larger pattern here: “Ecosystems may be adapted to human disturbance where people and the environment have a long history of interaction.” In other words, land-use practices that have evolved over centuries and millennia tend to have positive environmental effects, especially in places occupied by people “who did not rely on agriculture, such as in Australia, Western North America, and parts of Africa,” Codding added. “In these regions, environments may have co-evolved with hunter-gatherer land-use practices.”

So long-lasting traditions of land use tend to have positive environmental impacts, the research suggests, but changes in these proven practices tend to cause problems.

“There are a number of examples of consistent short-term negative interactions that typically follow from changes like the addition of new technologies that make hunting more efficient, or with the introduction of markets that make animal products profitable for export,” Codding said. “For example, consider the impact of Europeans utilizing trains and rifles to extirpate buffalo from the American West. Pangolin [a type of scaly, adorable mammals] were recently in the news because of their continued exploitation for profit driven by market demands.”

Researchers think that the reduction of fires by Aborigines (after the country was colonized by Europeans) may be a main reason for the high rate of extinction among Australian small mammals. Codding said that land managers “should consider facilitating traditional subsistence practices” — like small-scale fires — “or should enact protocols that have similar effects. The result may be a healthier ecosystem overall.”

The Martu Aboriginal people of Western Australia, which this study analyzed, see themselves as part of the environment, with spiritual components known as the Dreamtime. These people stress the importance of obeying rules about how to behave and interact with their environment, which they believe has been passed down from their ancestors; thus they probably wouldn’t be surprised that traditional hunting and burning activities would help populations of these animals and have positive environmental impacts, Codding noted.