Another day, another blacker-than-black materials science breakthrough aimed at making stealthy objects even stealthier. A U. of Michigan researcher and... 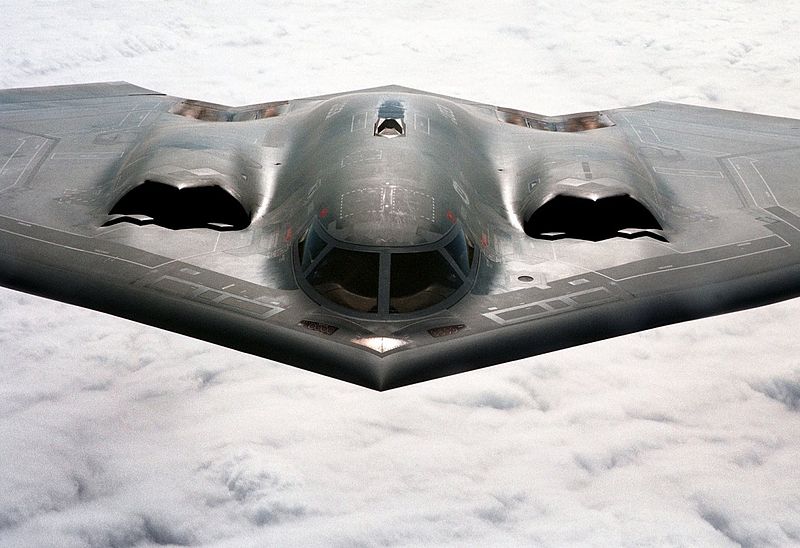 Another day, another blacker-than-black materials science breakthrough aimed at making stealthy objects even stealthier. A U. of Michigan researcher and his colleagues has created a new kind of nanostructured coating made of carbon nanotubes that could cloak an aircraft in complete blackness, concealing it in the visible range and beyond (think: radar). Suspended in paint, the nanomaterial could be rolled right onto aircraft to turn them super-black and super-stealthy.

The Michigan team’s tech taps one of the many amazing characteristics of carbon nanotubes–tiny yet long tubular structures made of pure carbon that have some pretty amazing conductive properties–to more or less absorb every bit of light that strikes an object. Grown on the surface of an object, they can absorb an extremely broad spectrum of light, from radio right on up to ultraviolet. That means that, unlike other metamaterials that are more spectrum specific, they can cloak an object not only from visible light, but from things like radar as well.

But it’s not as easy as simply slapping a coat of paint on an aircraft. In order to ensure that the nanotubes neither reflect nor scatter any light, the nanotubes have to be grown with some space in between them so their refraction index is very similar to that of the surrounding air. This keeps light from scattering out of the little forests of nanotubes without being absorbed, but it’s also kind of painstaking.

Thus far, the Michigan team has only grown nanotubes on a variety of small, three-dimensional objects because doing so is a high-temperature, high-pressure process–one that you wouldn’t want to put a multi-million dollar fighter jet through, even if you could. But the team thinks it should be possible to grow the nanotubes on tiny particles and then suspend them in paint that can be rolled onto larger objects like aircraft.