The tiny AirTag has ways to tell people when an unknown tracker is traveling along with them. 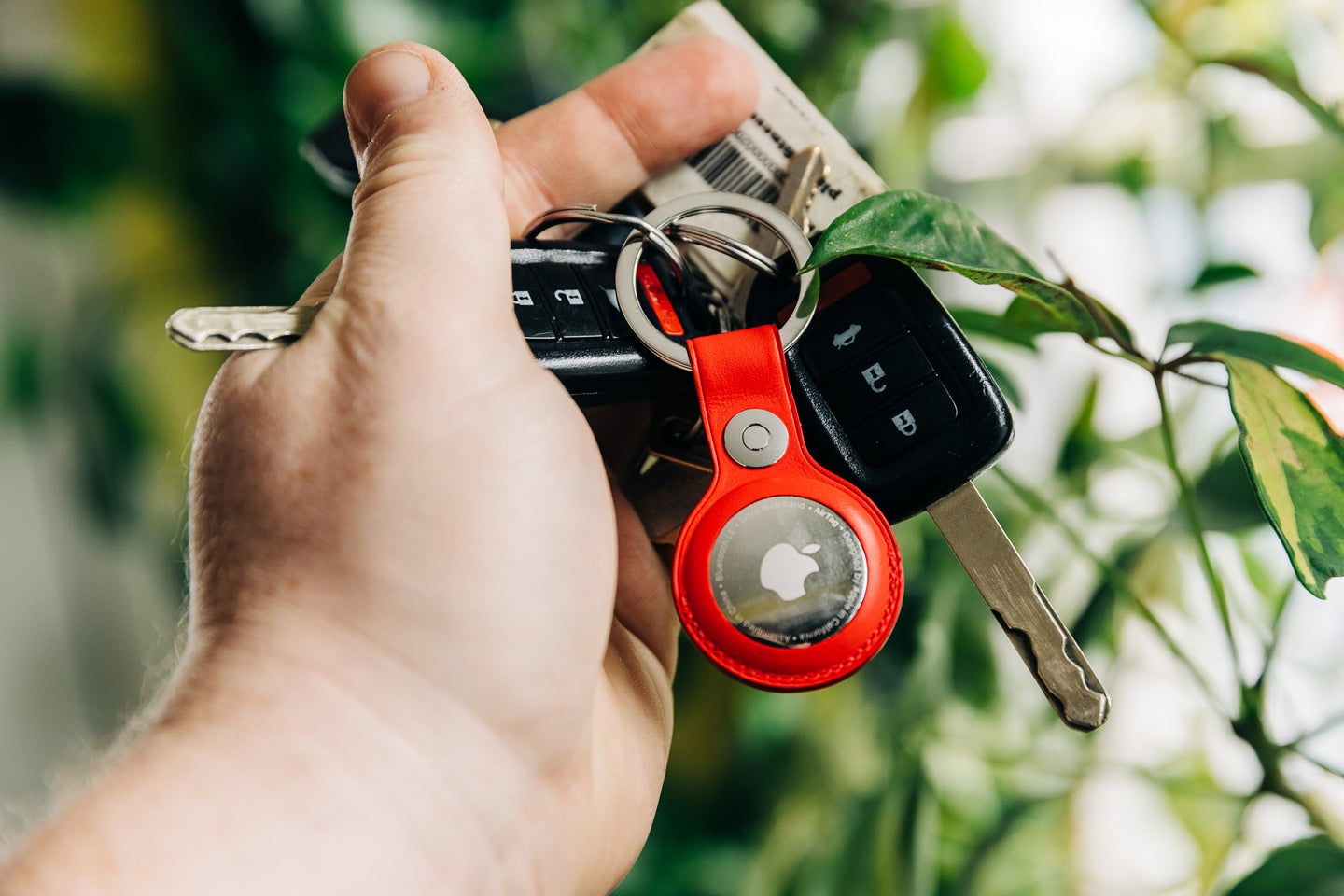 When Apple’s AirTags come out on Friday, April 30 you’ll be able to use the little poker-chip-style wafers to track physical objects like keys, your wallet, or other valuable items via Bluetooth and the “Find My” app.

If you get separated from an AirTag while outside Bluetooth range, Apple bounces the signal through its massive Find My network to detect the Bluetooth signal from your lost AirTag and send the location back to you. What’s more, Apple designed this system so you can use your phone like a handheld metal detector leading you directly to the spot your little AirTag is hiding.

Unfortunately like the discreet Tile product they’re modeled on, AirTags sound like a gift from Apple to stalkers and people who’d use them to track the location and movements of unsuspecting victims. For the one in four U.S. women experiencing domestic violence the chime of a found AirTag would be the sound of a nightmare becoming reality.

In a little-publicized industry first, Apple considered exactly how their new lost-item gadgets would be abused and used for stalking or attacks. It has created an iPhone feature that tells stalking targets when someone is trying to use AirTags for nefarious purposes.

Essentially, an item in iPhone’s Safety Alerts section will let you know when a creep slips an AirTag into your bag, in your car, or any hidden spot in which a physical location tracker could hide. This is an industry first: no other location tracker notifies unsuspecting victims they’ve been targeted for nonconsensual tracking.

According to Apple’s Newsroom release, “iOS devices can also detect an AirTag that isn’t with its owner, and notify the user if an unknown AirTag is seen to be traveling with them from place to place over time.” That’s because Apple designed AirTag to frequently rotate the Bluetooth signal identifiers they transmit. So when the identifiers don’t add up, Apple goes into “something is wrong” mode. Further, Apple adds:

“And even if users don’t have an iOS device, an AirTag separated from its owner for an extended period of time will play a sound when moved to draw attention to it. If a user detects an unknown AirTag, they can tap it with their iPhone or NFC-capable device and instructions will guide them to disable the unknown AirTag.”

In a separate post, Apple outlines what to do if you see an “AirTag Found Moving With You” message and takes you through the easy steps to disable the unwanted AirTag.

This AirTags safety feature was quietly rolled out in iPhone’s iOS 14.5 beta 3 back on March 2nd; it will be on by default next week on iPhone or iPod touch running iOS 14.5 or later, or iPad running iPadOS 14.5 or later.

Apple’s stance on encryption and privacy got baked into AirTags, too. “No location data or location history is physically stored inside AirTag,” Apple explained in an April 20 announcement. “Communication with the Find My network is end-to-end encrypted so that only the owner of a device has access to its location data, and no one, including Apple, knows the identity or location of any device that helped find it.”

This should come as welcome news for privacy and physical security worriers, which should be pretty much all of us at this point. That Apple is the first to proactively prevent location abuse and stalking is shameful though; these safety measures should’ve been no-questions-asked standards in all gadgets and apps from the very beginning.

Since Apple has a tendency to lead big changes in tech generally, we hope this is one product feature everyone rushes to copy.