He was excited to test his new camera, but he also captured something totally unique. 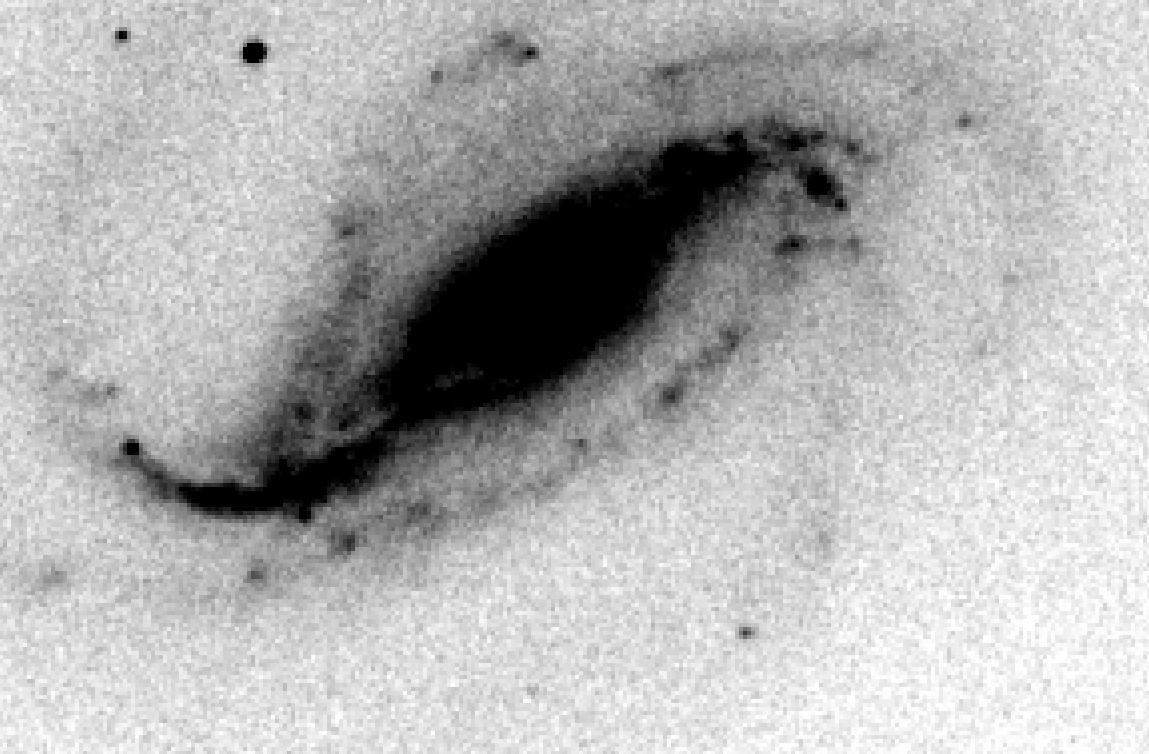 Images taken by Victor Buso show the appearance of supernova SN 2016gkg. The supernova is below the galaxy slightly to the right of center. Victor Buso and Gaston Folatelli
SHARE

Victor Buso was looking forward to testing his new camera on September 20, 2016. The locksmith and amateur astronomer waited for nightfall and headed out to his rooftop observatory in the city of Rosario, Argentina, where his 15.7 inch (40 cm) Newtonian telescope was waiting. He had no idea he would help capture the start of one of the most unpredictable events in the universe: a supernova.

Directly above him sparkled a promising target for his new equipment—a spiral galaxy called NGC 613, over 86 million light years away. He set up his telescope and specialized camera, and for the next hour and a half took a series of pictures of the galaxy, using 20 second exposures, which helped him avoid interference from the bright lights of Rosario.

At first, nothing out of the ordinary happened. But around 45 minutes after Buso started taking pictures of the galaxy, a bright light appeared directly below the spiral. And it kept getting brighter for the next 25 minutes.

Buso knew that something was going on. He reached out to another amateur astronomer, Sebastian Otero, who helped report Buso’s discovery to the Transient Name Server, a database of observations of transient astronomical events like supernova.

Supernova occur when a star explodes, with the explosion starting in the center of the star and working its way outwards toward a luminous climax. Observations taken in the early moments of a supernova are extremely rare.

As soon as Buso’s report went out, researchers swung into action. They trained telescopes and observatories on the new supernova to capture it in x-rays, ultraviolet, and visible light. Within a day, the supernova was confirmed by observations at telescopes in Hawaii and Chile. Then, one astronomer took a closer interest.

“In principle any discovery of any supernova early on is interesting, but then I noticed it was discovered by an Argentinian amateur astronomer and I wanted to know more about how this discovery took place,” says Melina Bersten, an astrophysicist at the Instituto de Astrofísica de La Plata in Argentina.

She reached out to Buso about that night, and discovered he’d been taking pictures not only during the early moments of the supernova but also in the moments before it appeared. In other words, he’d caught the very start of the event. “After talking with him I immediately understood that the thing he discovered was completely unique—something that many researchers around the world want to find. There are many surveys with a lot of money invested in this and they couldn’t do this. It’s very difficult to know where and when a supernova is going to explode,” Bersten says.

It was, quite literally, a one in a million shot. Bersten and her colleagues estimate the chances of Buso photographing the area just as light from the explosion finally reached Earth to be one in a million, given an observation time of one hour and the estimates of a supernova happening in a galaxy about once per century. Taking into account other factors, like Buso’s proximity to city lights, the odds get even more slim.

This close look at a supernova’s birth is unprecedented, and gives researchers like Bersten a more complete picture of the final stage in a star’s evolution. Bersten says the data from Buso’s observations line up with previous models of how a supernova might behave in the early stages of the explosion. Her team may even know which cosmic body stars in the shot; they dug into the Hubble Space Telescope’s archives and found evidence of a yellow star (or potentially a binary star system) in the same place that Buso photographed the supernova. Bersten hopes to take a closer look at the area once the remnants of the supernova have dimmed, to see if the star they pinpointed has in fact disappeared.

Because there’s no way of telling when a star will go supernovae, these are some of the most difficult astronomical observations to get. But researchers aren’t leaving the next discovery to chance. Facilities are in the works that monitor the sky for events like this, and automated sky surveys have already managed to pinpoint a supernova just hours after it exploded. In Japan a massive experiment waits deep underground, where researchers hope it might one day detect neutrinos from a nearby supernova. If it succeeds, astronomers and astrophysicists might have just enough time to point their telescopes at the right patch of sky, deliberately capturing what Buso had the good fortune to glimpse on that fateful night.

Bersten says the astronomical community got lucky in many ways. Buso’s parents had instilled in him a love of astronomy from a very young age, helping to nurture a passion for the stars that continued into adulthood. Not only did Buso have the equipment to capture the images, but he had enough knowledge to know what he was seeing, and a drive to communicate his findings quickly to the rest of the world.

It was particularly fortunate for Bersten and other astronomers from Argentina. Bersten remains in contact with Buso, whom she says is very happy to have his observations published in Nature this week. “He is very happy to give the data to us, Argentinian researchers, because he knows it is so difficult to do science here,” Bersten says. “We don’t have big telescopes—we have access to Gemini, but only a few nights per year, which is nothing in comparison with other countries. There is not much money to invest in computers, travel, many things. This gives us something to show that we can do nice science and analysis. Our world is going to be more visible now.”

Buso’s world of amateur astronomy is likely to be more visible as well. “It shows amateur astronomers that today they can do great discoveries with their home telescopes,” Bersten says.