A Printer For Circuit Boards 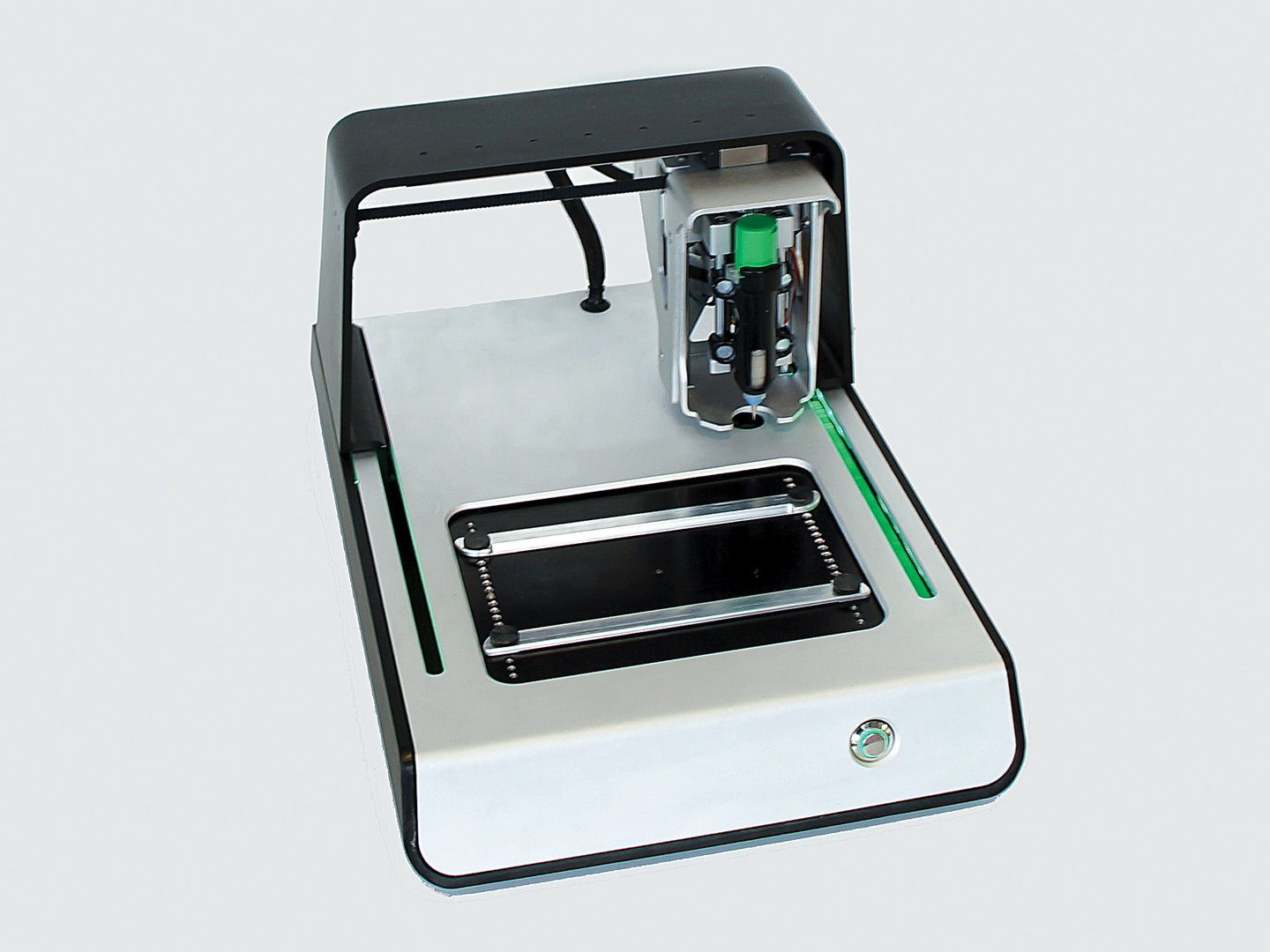 While studying mechatronics at the University of Waterloo in Ontario, Alroy Almeida, Jesus Zozaya, and James Pickard became frustrated by the inefficiency of designing circuit boards. “We’d spend a couple hundred dollars to get prototypes made at a factory and wait a few weeks, and they would come in and be wrong,” Almeida says. After they revamped the design, the agonizing process would begin again, sometimes through multiple prototypes.

Meanwhile, they watched as 3D printers rapidly prototyped other kinds of products. An inkjet printer that deposited circuits would speed up electronics design–but conductive material was too thick to squeeze through existing print heads. So when the friends graduated in 2013, they teamed up with nanoscientist Katarina Ilic to build their own device. Two years of R&D later, the team is preparing to ship the V-One to Kickstarter backers.

V-One’s swappable print heads lay down conductive circuits on fiberglass boards. By using its solder function to attach components, users can even produce small batches of their devices. Almeida hopes the printer will usher in a new generation of engineers. “This can help people understand that electronics don’t need to be difficult.”