The Rise Of Open Source Hardware

Hardware has always lagged behind software in the open source movement. But one website is beginning to change that. 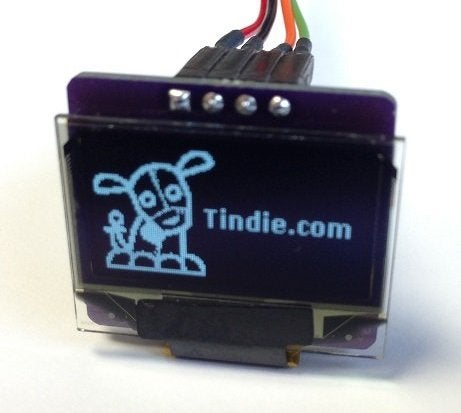 Emile Petrone founded Tindie for selfish reasons. “The basic idea was that there wasn’t a marketplace for the things I was interested in,” he says. At the time, those things were his latest DIY hardware obsessions—specifically, kits to support Arduino and Raspberry Pi. “Ebay’s not really right, and neither is Amazon. Hardware projects had no natural home.”

So in the summer of 2012, Petrone (then an engineer at a Portland startup) launched a site where flexible matrix boards and laser motion sensors could be sold alongside build-it-yourself weather monitoring kits and robot birds. Almost immediately, Tindie began attracting favorable attention from the indie hardware community—and then expanded from there. Today, around 600 inventors sell more than 3,000 different hardware products, which have shipped out to more than 80 countries around the world. Some customers are hobbyists like Petrone, but others are large entities like the Australian government, Google and NASA. These days, Petrone says, “NASA’s purchasing department just calls my cell phone.”

Just as Etsy became the go-to marketplace for craft creators, Tindie has become the primary hub for hardware aficionados.

The site has also gained a strong following from hard-core DIY types. Just as Etsy became the go-to marketplace for craft creators, Tindie has become the primary hub for hardware aficionados. “We are definitely part of and supportive of the maker movement,” Petrone says. “We fill the hardware side.”

While Petrone achieved his goal of creating a marketplace for hardware projects, Tindie also inadvertently made a second contribution to the hardware world: it now stands as the largest collection of open-source hardware on the planet. “Nothing on the site is patented, and the vast majority of sellers have their source code and documentation links available right there on the page,” Petrone says. “Open source has become very much a part of the brand and what people within the hardware world associate with us.”

Petrone, who stands on the board of the Open Source Hardware Association, insists that this development was not intentional but rather just happened. Whatever the reasoning, it could be a boon for hardware. Unlike software, which has been open sourced for decades and includes hundreds of thousands of projects, hardware has lagged behind the open source movement, wherein the inner workings of a program or a product are openly available for anyone to see, edit or modify. Open source software projects demonstrate the value of this approach, having led to integral creations such as Linux, the operating system that vast majority of the Internet runs on today. “The more people who know about a project and have access to it, the better it becomes,” Petrone says. “We then all benefit from that collective development.”

Part of the reason software has led the open source charge is that it has the advantage of being “lightweight,” Petrone explains. “It’s a case of atoms versus bits.”

Historically, big companies have dominated hardware production for two simple reasons: manufacturing is both expensive and difficult. Hardware requires physical objects, which entail manufacturing costs and, usually, shipping. But a precipitous drop in prices—which some attribute to the rise of cell phones, which made components cheap—is helping to lower the barrier to open source entry for hardware, as are crowd-sourcing platforms such as Kickstarter.

For companies and makers, the revenue model for open source hardware is still being worked out, since a person could potentially exploit an open source platform and sell it for profit. But as Arduino— a micro-controller for DIYers, and the most successful open source hardware project to date—shows, people tend to buy the $30 original version rather than the $10 copycats. “Most people want to support those who are actually contributing and putting the sweat and time into the project,” Petrone says. “You don’t get the same warm fuzzy feeling when buying a closed product as you do when you support someone who is creating an open one.”

As for Tindie sellers, monetary support has so far not been a problem. There is so much demand for the open source products sold on the site that the waiting list alone contains nearly half a million dollars’ worth of orders. For Petrone, “This has been something incredibly interesting to see because, ultimately, it’s a totally new market that doesn’t exist anywhere else.”

Tindie, however, is likely only an early example of what is to come.

“I think open hardware will start coming into its own in the next ten years,” Petrone says. “Apple’s not going to open source their products anytime soon, but Tesla could.”

This article was originally published in the October 2014 issue of Popular Science with the title, “The Etsy Of Hardware.” It has been expanded in this web version.