How littleBits Engineers Turn Their Ideas Into DIY Kits

From concept to FaceTime tank 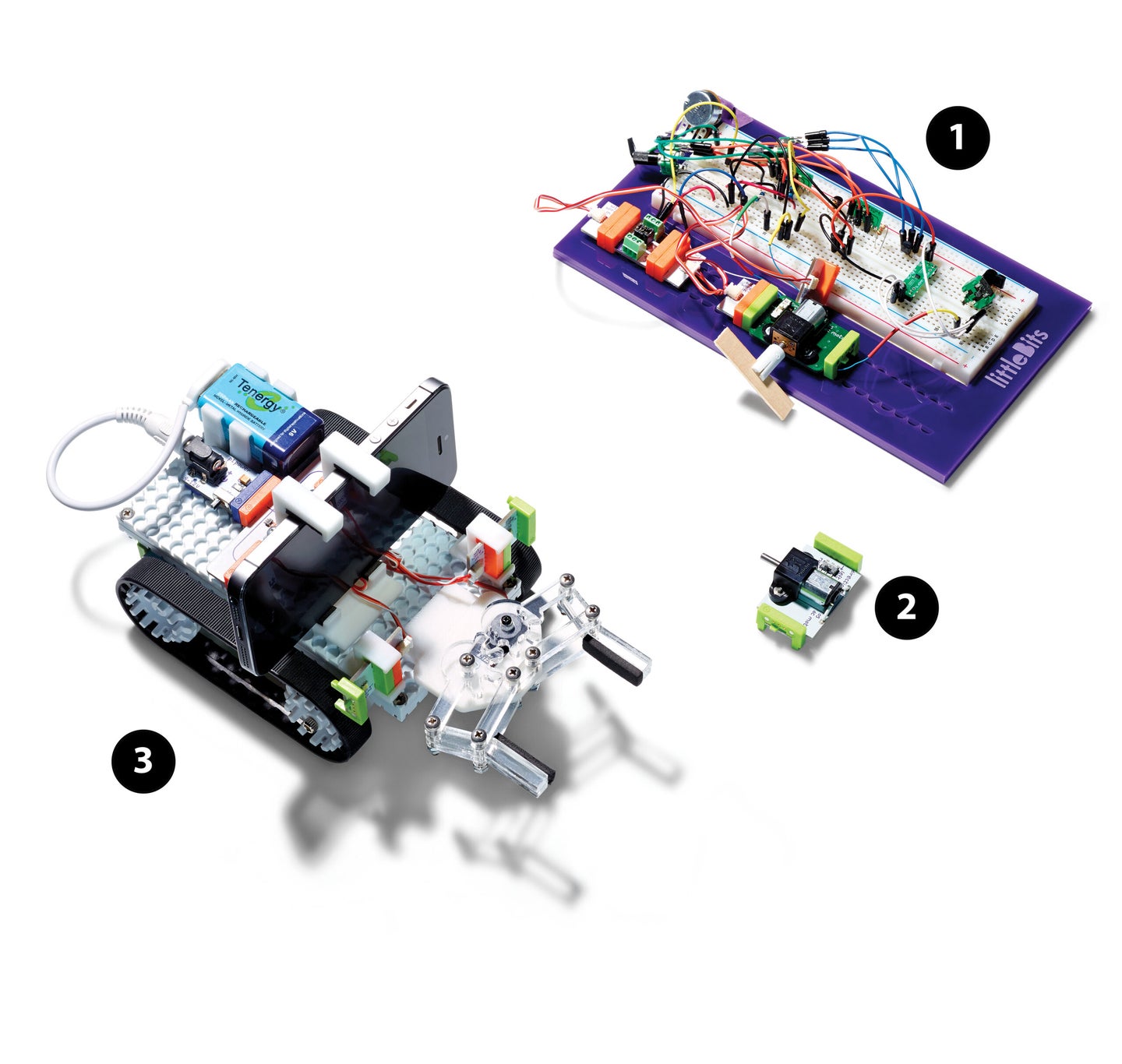 Every electronic module in a littleBits kit is, well, little. Their small size and ability to snap together in nearly any combination make them useful prototyping tools: Engineers often use them to build rough versions of a new product. In order to pack a variety of functions into the streamlined modules, or “bits,” the company has to do some prototyping of its own.

Bits range in complexity, from a button to a mini keyboard. But they all start out the same—as electrical schematics. Take the direct current (DC) motor module, for example. The engineering team, led by Geof Lipman, first modeled the circuit on a computer. “Simulations really reduce the number of times you have to mess with stuff,” Lipman says. Next, the team launched into the physical design process—just like the one used by DIYers everywhere.

Engineers build the first prototype on a breadboard, a plastic board used to quickly connect circuits. Once the prototype is functional, the design team works to make it more consumer-friendly. Breadboards don’t require soldering, so engineers can easily adjust the parts to incorporate suggestions from designers.

The next step is to shrink the mess of wires down to a manageable size by soldering smaller versions of the components onto a circuit board. If this chip doesn’t function well, its design is tweaked again. Finally, the circuit is assembled on littleBits’ trademark white board, creating the completed module.

Through prototyping, the littleBits team replaced the DC motor module’s manual forward-reverse switch with an electric one. This modification enables it to fluidly propel projects like the remotely controlled FaceTime tank, which lets video chats go mobile—or anything else you dream up.

This article was originally published in the November 2014 issue of Popular Science, under the title “From Concept to FaceTime Tank.”