Connect Tiny Devices To The Internet With Spark’s Electron

For $3 a month, you can get a whole megabyte of data! 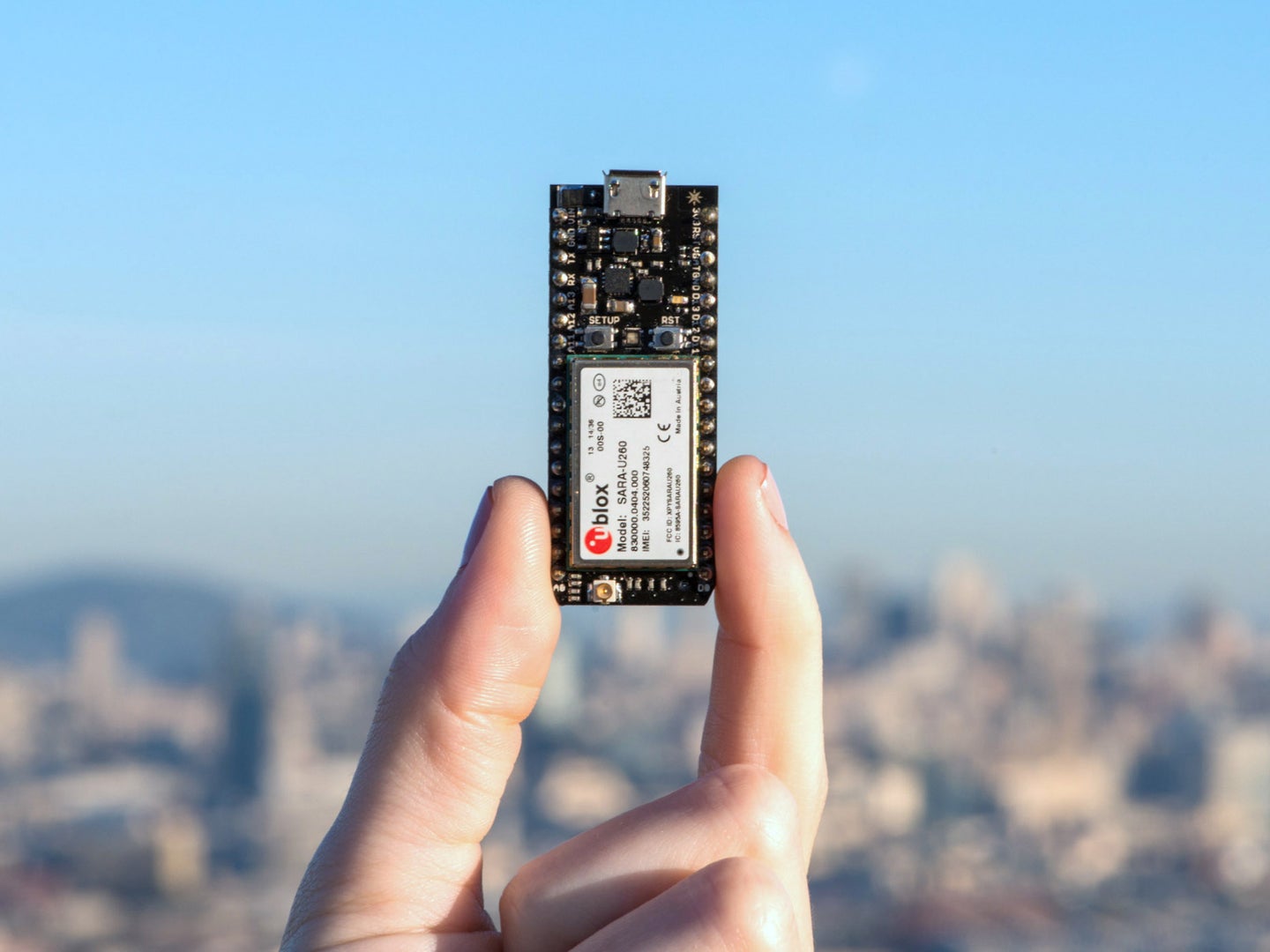 Tiny computers like Arduino and Raspberry Pi have helped jumpstart the Internet of Things by making it easy to bring connectivity to virtually anything. But while short-range networking via Ethernet, Wi-Fi, and Bluetooth is readily accessible, long-range options have remained elusive. Enter Spark’s Electron, a Kickstarter project which brings cellular networking to electronics projects–and does so without breaking the bank.

The thumb-sized board includes an ARM processor, 128KB of RAM, 1MB of flash memory, a USB port, and, of course, a cellular modem and SIM card slot. Plug it into a breadboard and connect it to other hardware, such as a GPS chip, and you can build a pet tracker that transmits location data anywhere it can get a cell signal. Or add sensors to set up a remote weather station that can report in from afar.

That’s all great, but cellular service is expensive, right? This is where Spark got clever. Rather than simply provide the hardware, it’s actually become a carrier–a Mobile Virtual Network Operator (MVNO). As an MVNO, Spark cuts deals with the owners of cell towers and related infrastructure and then sells service on to its own customers. So the Electron’s data plan costs just $3 per month for a megabyte of data, with $1 for each additional megabyte.

A megabyte may not sound like much, but keep in mind that these are simple devices intended to send short messages composed of text. Spark estimates you could send about 20,000 text messages per month without exceeding that one megabyte. Spark is also keeping things cheap by offering only older 2G and 3G cell service. Again, with the focus being on low-bandwidth data it’s not as though these devices need 4G LTE speeds.

Spark designed the Electron’s hardware to be backwards compatible with most of its other electronics equipment and it runs the same code and uses the same developer tools. So those makers already building devices with their technology can jump right in and create their cellular-enabled remote controlled car, robot, bird feeder, or more.