How To Be A Brilliant Inventor

A Q&A with MakerBot's Bre Pettis 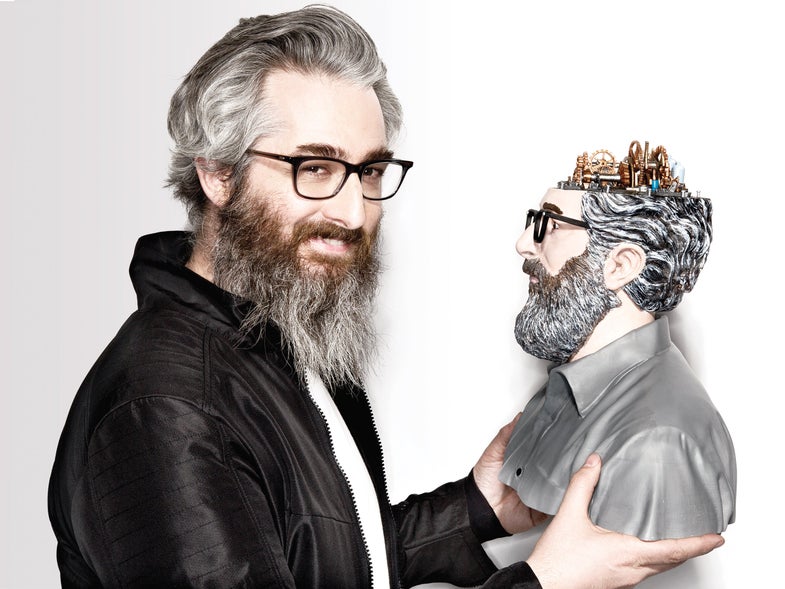 As the co-founder of MakerBot Industries, Bre Pettis launched the first affordable 3D printer, bringing the power of rapid prototyping and micro-manufacture into homes and workshops around the globe. While the rest of us catch up, Pettis has already moved on. At Bold Machines, the skunkworks he founded, he helps other inventors bring ideas to life. Pettis explains why invention has never been easier.

How did you come up with MakerBot?

We wanted a 3D printer, but we couldn’t get our hands on one. So we just had to try and try again until we made one that worked. The core of innovation is trial and error. Fail as many times as it takes, and be strategic about what you learn.

What makes an invention groundbreaking?

So many inventions are solutions for problems that don’t exist. Actual innovation is really hard, because you have to project yourself into a future that hasn’t been invented yet. And often, when you think of something that changes the paradigm or is disruptive, there are all sorts of reasons you shouldn’t do it. You have to stick your fingers in your ears and pretend those reasons don’t exist.

How do you know whether you’ll succeed?

Maybe you don’t! That’s why it is, in general, a horrible idea to be an inventor. You have to be willing to risk years of your life.

Do you recommend working with others?

There are a few different variations of inventor. Are you an entrepreneur? An engineer? A researcher? A visionary? I think you need all those things on your team to actually get an invention invented and out in the world. Or you can be a couple of people wearing multiple hats.

There has never been a better time to invent things.

What kind of inventor are you?

I’m a little bit of a weirdo. My primary mission is to empower people to be creative. I wish I could say I was a brilliant technical mind, but my real superpower is being a visionary and gathering together exceptionally talented people who get wonderful things done.

It sounds difficult to create something truly new, at least for those of us without superpowers.

It has never been a better time to invent things. It used to be you had to be a tycoon with a factory and a big R&D department. Now, basically anybody can buy a Raspberry Pi or a microcontroller and a bunch of sensors and be on their way. Then, when you have to add code, you can probably modify somebody else’s: The software is accessible. And the Internet–there are so many things that people have shared that you can take inspiration from and modify and mess with. We live in a much more connected, fantastic, collaborative world today.

If you could give aspiring inventors one task, what would it be?

And one thing to avoid?

–Edited and condensed by Sophie Bushwick

This article was originally published in the May 2015 issue of Popular Science. For more tips on how to be an innovator, click through the rest of our Invention Awards feature.