A Braille Printer Born From LEGO 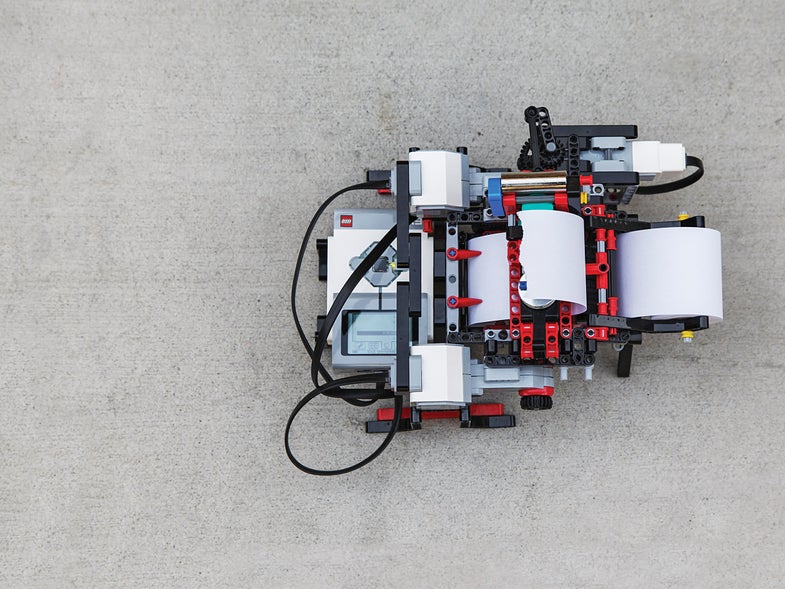 The world’s cheapest Braille printer got its start with a single piece of mail. Upon seeing a letter soliciting donations for the blind, Shubham Banerjee, then 12 years old, asked his parents how blind people read. They suggested he Google it. Banerjee’s Internet search turned up Braille printers, all of which cost more than $1,800. So he set out to make a cheaper alternative using his favorite toy–LEGOs.

Banerjee finished building his first prototype, Braigo, in February 2014. But the device was limited to printing on narrow rolls of paper. “I still love LEGO, but I had to move on to something that would be released into the market,” he says.

In summer 2014, Banerjee formed Braigo Labs with the help of his parents. That fall, he released the prototype for Braigo 2.0 at the Intel Developer Forum, and Intel Capital offered him seed funding for further R&D. Along with a team of advisers, Banerjee, now 13, is currently refining the second iteration of his printer, which will consist of fabricated printer parts powered by an Intel Edison chip.

Like its predecessor, Braigo 2.0 is light and portable–but it’s far more advanced. Using both Wi-Fi and Bluetooth, its chip will connect the printer to a webpage where users can type standard text. Braigo will automatically translate the words into Braille, converting a 160-page document in 35 seconds.

Once printers are ready, they will be sent to various institutes for the blind for testing and feedback. The final model, planned for release in late 2015, will sell for less than $500, making it the first–and only–low-cost Braille printer.

Seek out mature industries–ones that haven’t been automated or touched by the Internet. Disrupt them by making things networked, better, and more affordable.