Inside The Z Machine, Where Scientists Turned Hydrogen Into Metal 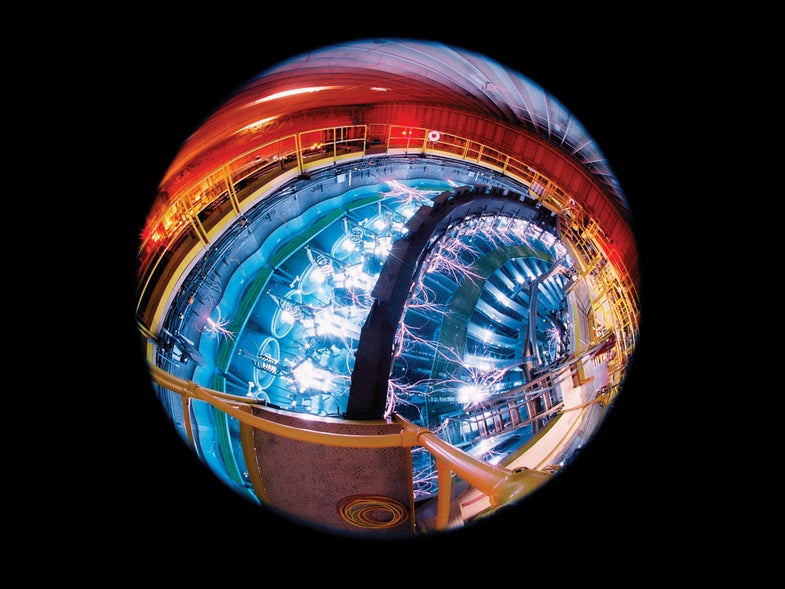 For 80 years, researchers theorized that hydrogen could transform into a metal. This year, scientists at Sandia National Laboratories finally proved it.

They took deuterium, an isotope of hydrogen, and applied 3 million times the atmospheric pressure using the Z machine, shown above. After 200 nanoseconds, the liquid turned reflective, indicating it had become metallic.

“The moment we got our first look at the data, we were very excited,” says Mike Desjarlais, the team’s lead theoretical physicist. “After the first several experiments, we had begun to wonder if we would ever see it.”

The findings change scientists’ understanding of how planets evolve. Because planets cool over time, temperature has long been used to calculate their age. But hydrogen metalli­zation causes surface temps to rise, which could explain, for example, why Saturn is warmer than its age suggests.