It’s not often that a Mars rover gets to enjoy a day of fun in the sand and sun. But later this week, NASA’s Mars Curiosity Rover will explore a sand dune, marking the first time that scientists on Earth will get a close-up view of dunes on another planet.

Curiosity is currently on its way to a line of dunes called the Bagnold Dunes, located on the northwestern side of Mount Sharp on the eastern side of the planet. Once it arrives, the rover will scoop up some sand for testing, and will dig into the interior of the two-story dune with its wheels. 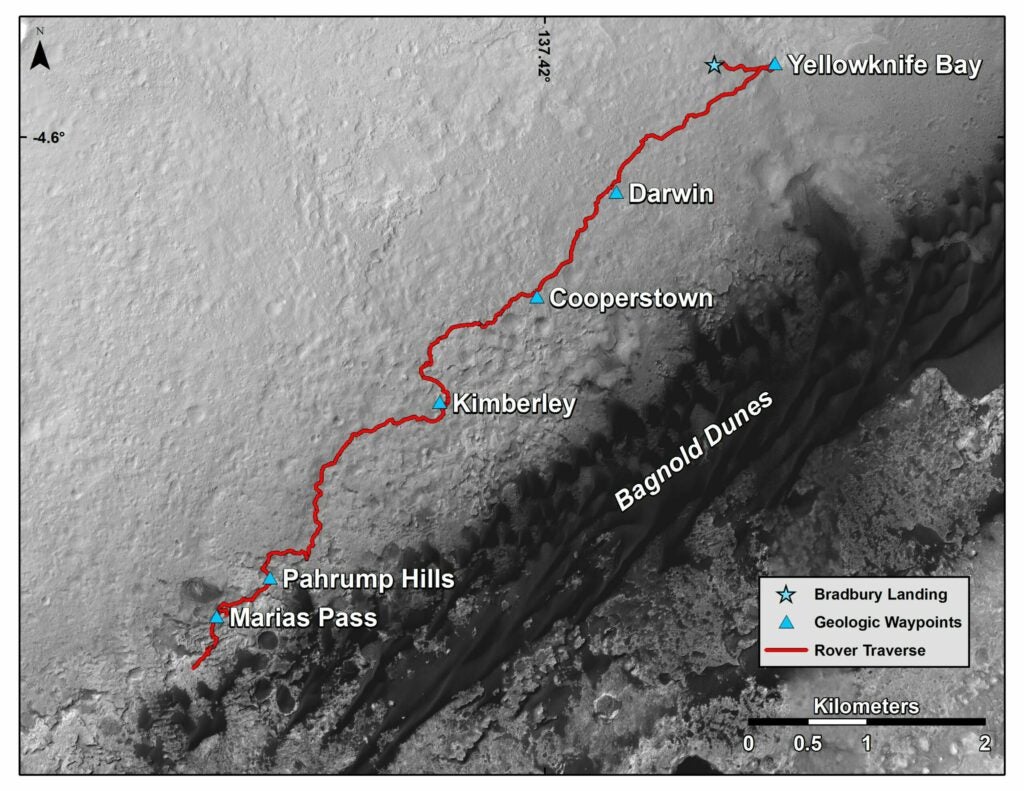 This image of Mars was captured by NASA’s Mars Reconnaissance Orbiter satellite above the planet, using its High-Resolution Imaging Science Experiment (HiRISE) camera. The image has been annotated to show the path taken by Mars Curiosity Rover across the planet’s surface from its landing in 2012 to November 2015. The Curiosity Rover is about to embark on another first: studying the first moving dunes on another world, known as the Bagnold Dunes, named in honor of British army engineer Ralph Bagnold, who pioneered the study of dune movement.

“These dunes have a different texture from dunes on Earth,” Nathan Bridges said in a statement. “The ripples on them are much larger than ripples on top of dunes on Earth, and we don’t know why. We have models based on the lower air pressure. It takes a higher wind speed to get a particle moving. But now we’ll have the first opportunity to make detailed observations.”

These are the first active dunes visited anywhere other than Earth. Scientists believe that the Bagnold Dunes can move by about 3 feet a year.

Understanding how dunes behave and are created on Mars will give researchers a better insight into how sandstones formed on the Red Planet.

Sandstones, and other sedimentary rocks are formed from layers of particles (like sand) that have been compacted into rock, usually after being moved around by wind or water. Sedimentary rocks often contain information about the past climate of an area. Here on Earth, sandstones formed by wind in a hot, dry environment, have a very different structure than sandstones built by a river or a delta.

But scientists aren’t sure whether the same rules that hold true on Earth hold true on a planet with less of an atmosphere and less gravity. In those conditions, sand grains on Mars might move differently, throwing off our conclusions of Mars’ past environments. Researchers hope that close observations of an active dune will provide more information into Mars’ geology—and through that, to Mars’ past climates. Dune 1 of the Bagnold Dunes, the Curiousity rover’s current destination. 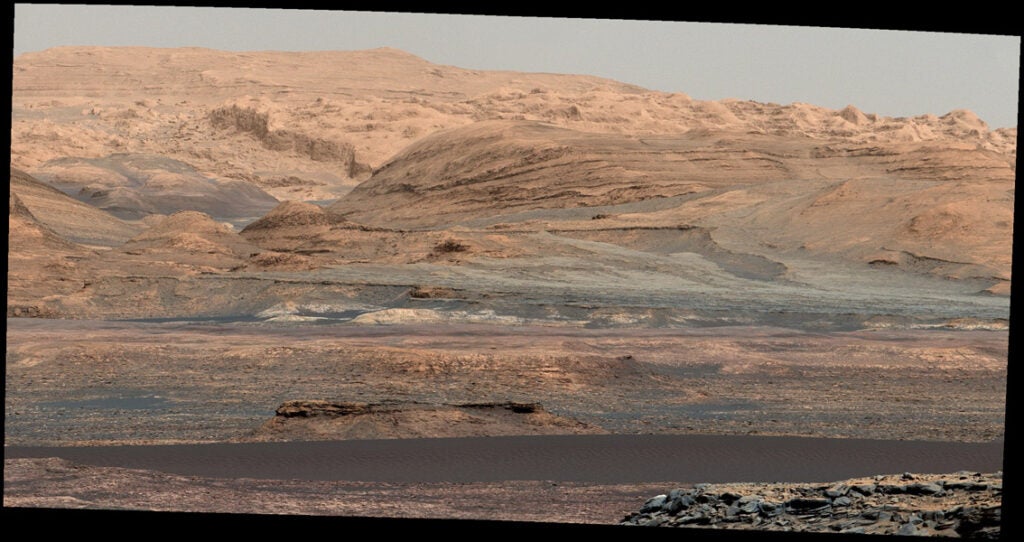 The Bagnold Dunes are a dark line in the lower part of this picture in this panorama taken by Curiosity on September 25.