German Boars Are Too Radioactive To Eat

The effects of Chernobyl are still being felt 28 years later 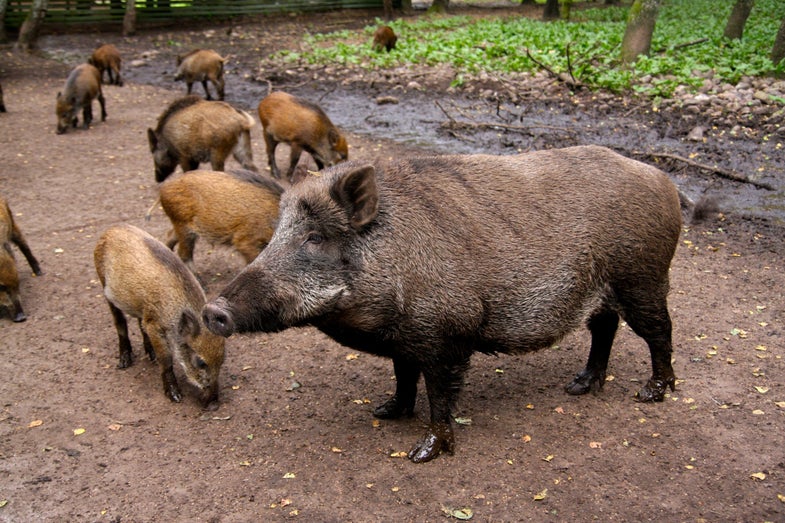 In Germany, boar meat is considered a delicacy, consumed in various forms such as salami and boar leg. But now, German restaurant-goers may want to rethink ordering boar the next time they dine out (and it’s not because of boar taint).

According to the Telegraph, recent testing in the state of Saxony has revealed that more than one-in-three wild boar in Germany are so radioactive that they’re considered unfit for human consumption. Boar carcasses are not supposed to exceed radiation levels of 600 becquerels per kilogram, but in the past year, 297 out of 752 boar tested in Saxony have su this safe amount. Some boars have even tested dozens of times over.

The illuminating trend is thought to be a lingering effect of the 1986 Chernobyl disaster, one of the worst nuclear power plant accidents in history. More than 28 years ago, a reactor exploded at the Chernobyl Nuclear Power Plant in Soviet-run Ukraine, releasing radioactive particles into the atmosphere. The contamination was so widespread that experts have estimated between 4,000 and 93,000 extra cancer deaths have occurred as a result of Chernobyl, though the actual tally may never be known.

Saxony is approximately 700 miles away from the Chernobyl site, but various weather conditions helped the radioactive particles spread far into Western Europe, contaminating much of the ground soil. And, since wild boar dig through soil for food, they are particularly affected by this contamination. They also eat underground mushrooms and deer truffles, which are known to store radiation.

Apparently, researchers have been cataloguing this pattern of boar radioactivity for some time, and they don’t believe it’ll go away any time soon. Experts predict it may be another 50 years before boar radiation levels return to normal, the Telegraph notes.

In the meantime, Germans should keep an eye out for any boars exhibiting super powers.