We really need to work on our communication skills 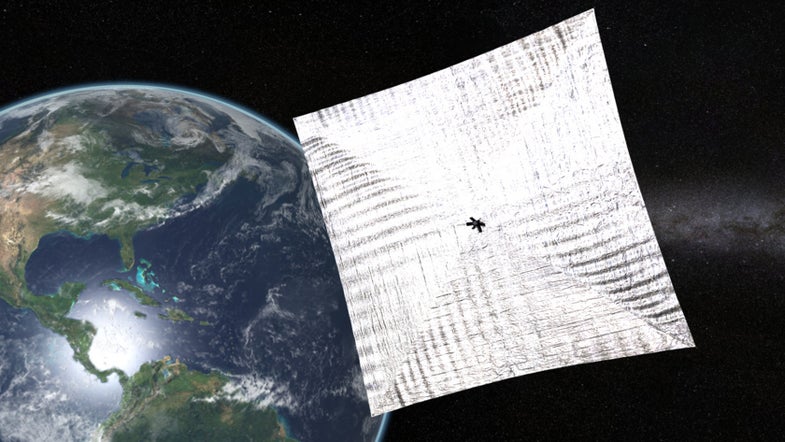 LightSail must be low on blood sugar, because it has fallen asleep for the second time since launching into space. The Planetary Society’s spacecraft, designed to propel itself forward using energy from the Sun, stopped communicating with ground control Wednesday afternoon. And ironically, it seems a lack of solar power is to blame.

The benign spacecraft has had a rather tumultuous mission since blasting off from Cape Canaveral, Florida, on May 20. With this test, the Planetary Society, helmed by “Science Guy” Bill Nye, hopes to try out their new solar sail technology—a propulsion concept championed by the late Carl Sagan. The non-profit has outfitted a test satellite with large mylar “sails,” that when deployed, use accelerating photons emanating from the Sun to push the spacecraft forward. For this trip, LightSail wasn’t scheduled to do any solar sailing, but to demonstrate that it could deploy those sails as expected.

But getting to the deployment stage has been a struggle so far. Less than a week after LightSail launched, the craft stopped sending back its signature data “chirps” to Earth, which indicated the satellite’s position and other important information to flight controllers. According to Jason Davis, digital editor for the Planetary Society, it seemed that the data chirps accumulated into a rather large file, which overwhelmed the LightSail’s Linux-based software system. The glitch caused the satellite to freeze, and flight controllers frantically tried to revive the system over the Memorial Day weekend.

Then, much to everyone’s delight, LightSail came back online May 31. Its saving grace, however, didn’t come in the form of a human-prompted reboot. Instead, the satellite sprang to life after a deep-space cosmic ray collided with the system, zapping its electronics awake.

Happy to be receiving data chirps once again, the LightSail team decided to push up the deployment sequence, so as to not run into any more unforeseen complications. On Wednesday, flight controllers initiated the first stage of the two-part process: opening up the spacecraft’s solar panels. This maneuver ultimately makes way for the mylar deployment (as seen in the Vine below).

Spencer notes that it’s possible LightSail could have a natural savior once more. Right now, the spacecraft’s orbit is such that it experiences an “eclipse” every half hour or so. But soon, LightSail’s orbit will be entirely sunlit, which may give the solar panels enough power to charge the satellite’s battery. If that happens, the Planetary Society will deploy the mylar sails as soon as possible, before some other unknown issue can occur.