From trailing edge to cutting edge 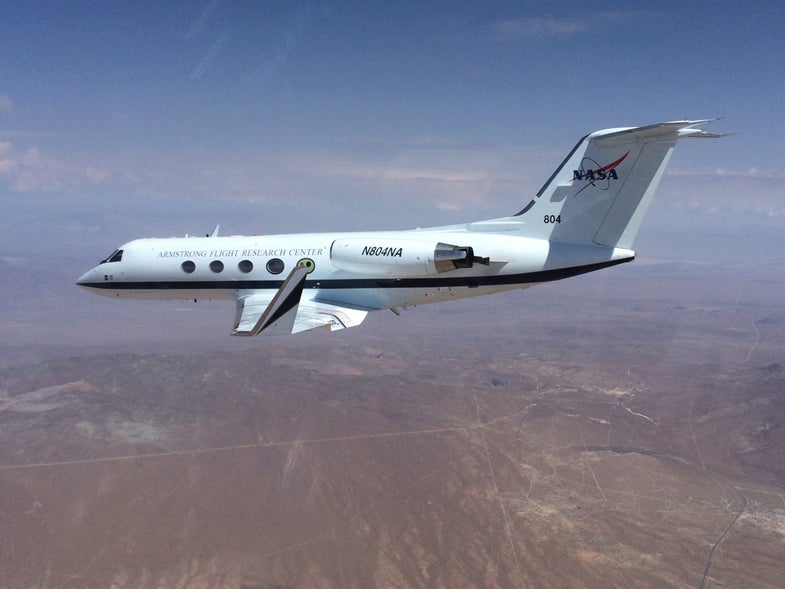 It’s not reinventing the wheel, but it’s close. NASA, working together with the Air Force Research Laboratory, announced yesterday that they’ve successfully flown a plane with a new, flexible wing–the kind that could change how all future fixed-wing aircraft fly.

Added to the rear edge of a Gulfstream III jet’s wings, the technology could cut airplane fuel consumption by up to 12 percent. “Adaptive Compliant Trailing Edge” is its name, and it’s made out of a bendy material whose identity has not been revealed by its maker, FlexSys.

The shape-changing wings are an alternative to flaps, whose hard edges generate drag and noise. That drag is, at times, sort of the point. Looking out a wing seat on a jetliner as it lands, it’s possible to see the flaps angling down to increase the size of the wing and slow the speed of the plane as it lands. The flexible edge still allows this, bending and contorting in drag-increasing ways when needed, but it does it all under a smooth, continuous surface. Servos and actuators inside the flexible shell of the aircraft pull strings that then contort the wings’ surface, bending and warping to produce an effect similar to mechanical flaps. The smooth wings promise to be more aerodynamic in flight, which helps to save on fuel.

For the tests, NASA flew the plane 22 times, with flaps fixed in position for each flight. Those angels ranged from 1 degree downward to 30 degrees upward. In future tests, which NASA has at least seven more planned, the wings will likely change angles during the flight.

Correction (4/30/2015, 10:25am ET): The original story misstated the way flaps work. Flaps only angle down, not up. Ailerons, a different wing part, are what turns up to better facilitate turns in mid-air. Our mistake!