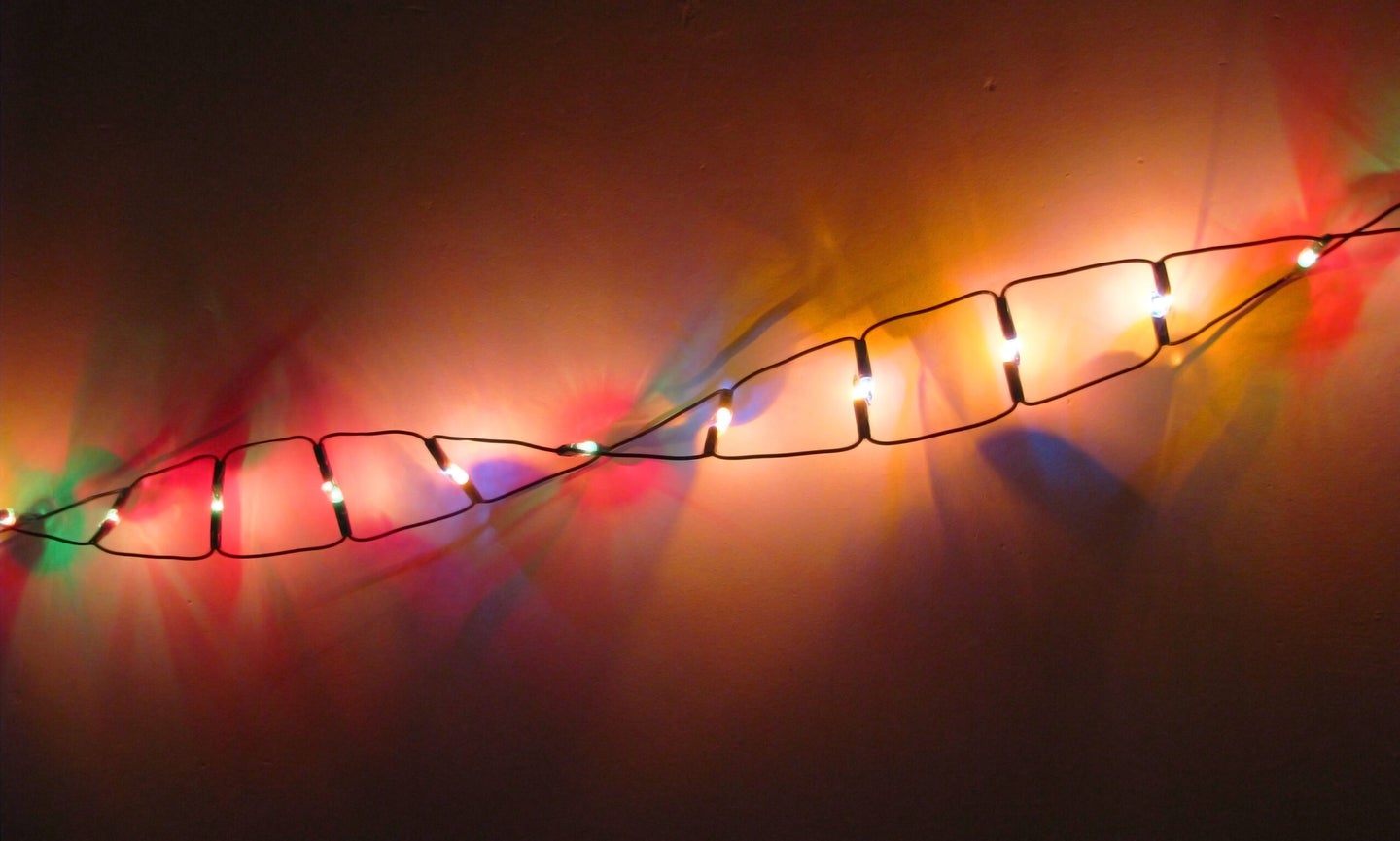 Researchers at France’s Institut Charles Sadron and Aix-Marseille Universite have built binary data into a strand of synthetic polymer, a minuscule chain of chemical information about 60,000 times thinner than a strand of hair.

This technology promises to take the future of data storage down to nanometers in coming years, says researcher Jean-Francois Lutz, deputy director of Institut Charles Sadron and researcher on the article published in Nature Communications.

Right now, storing one zettabyte (1 billion terabytes) takes roughly 1000 kilograms of cobalt alloy, the material used in hard drives. A zettabyte of Lutz’s synthesized polymer would be about 10 grams.

The process of building a polymer is like stringing a pearl necklace. As its simplest level, digital information is coded into zeros and ones. Researchers assigned certain chemical components called monomers to represent zero and one. To build the polymer, it’s just a matter of chemically stringing those monomers together in a specific order, creating a polymer. Scientists use a mass spectrometer, a device often used to sequence DNA, to read the data later.

The technology is still in its infancy. Lutz says that research has been underway for about two years, and right now researchers can chain just a handful of bytes of information together. But Lutz has high hopes that they will be able to process kilobytes of information in the next five years. He looks to the recent advances in coding biological strands of DNA in a similar manner as a roadmap for how synthetic polymer technology can progress.

Researchers at Harvard Medical School and Technicolor have led the charge in storing data within DNA.

DNA, instead of having two binary options, has four, called bases (identified by letters: G, A, T, and C). So by reducing a digital file into binary, and then matching that binary to a DNA’s bases, researchers have been able to encode 10 megabytes to a DNA sequence, and then decode it later in a matter of hours.

Harvard professor of genetics George Church previously used this DNA method to print 70 million copies of his book to DNA, fitting all that data in a drop of liquid, and debuting the technology on The Colbert Report.

Technicolor and Harvard are looking at this technique to store large quantities of media for archival purposes. DNA can fit petabytes of information in a drop of liquid, and survive more than 100,000 years in the right conditions, so it’s much preferable than, say, a floppy disk.

The biggest limitation right now, however, is time. It currently takes days to encode 10MB, a tiny fraction of the size of a feature-length film, and about eight hours to decode that same 10MB. They expect to be able to encode feature-length movies in two to three years, at which time the technology will begin to become commercially viable.

Lutz, working on synthetic polymers, says that his process, while years away from being viable, is actually better suited for the task of storing data than DNA is.

“DNA was really designed by biology and evolution to work in biological situations, but if you want to work in nanotechnology it’s is a very different environment,” Lutz said. “Our idea is that the chemistry can provide something that’s easier to synthesize and cheaper than DNA.”