Is your gaming habit a mental health problem? 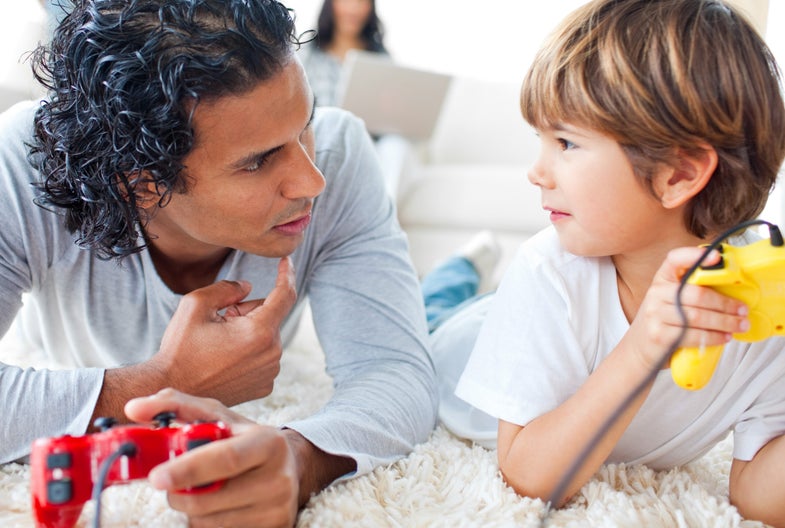 Most of us understand how diseases like alcoholism and drug addiction can cause pain and suffering. Craving a cigarette or a stiff drink on occasion is one thing, but addiction forces an individual to behave in unusual—and often destructive—ways in the service of finding the next fix. But you can also become addicted to behaviors, like gambling. And medical professionals are starting to realize that in the modern age, behavioral addictions can turn seemingly harmless things—like video games—quite dangerous.

Reports of this change originally surfaced in December 2017, based on a Beta draft released by WHO’s International Classification of Diseases. The ICD is a standard reference tool on illness, but the draft’s new listings were not yet approved by WHO at that time. Many mental health professionals disagreed with the suggested addition, but the WHO officially released the draft—with gaming disorder still included—on Monday, June 18.

The idea that spending hours at a time playing World of Warcraft might be a sign of something sinister isn’t new at all. The condition isn’t currently listed in the Diagnostic and Statistical Manual of Mental Disorders (DSM), but the tome’s most recent edition identified Internet Gaming Disorder as “a condition warranting more clinical research and experience before it might be considered for inclusion in the main book as a formal disorder.”

“I have patients who come in suffering from an addiction to Candy Crush Saga, and they’re substantially similar to people who come in with a cocaine disorder,” Petros Levounis, the chairman of the psychiatry department at Rutgers New Jersey Medical School, told The New York Times. “Their lives are ruined, their interpersonal relationships suffer, their physical condition suffers.” Levounis and other mental health professionals who believe in the disorder’s veracity say that the WHO’s recognition will make it easier for the afflicted to seek out treatment—and for them to use insurance to cover the therapy they get.

How can gaming be an addiction?

An addiction doesn’t have to involve drugs. An addiction is a chronic disease of brain reward, motivation, memory, and related circuitry. Basically, any substance or activity that starts to trigger your brain’s reward centers—the bits that release hormones that make us feel good—in a way that makes you pathologically pursue relief is addicting. When video games give you a thrill by letting you mow down an opponent or hit a new high score, they’re hijacking the same brain circuitry as a shot of liquor. Even seemingly innocuous games like Candy Crush can condition users to seek out its characteristic colors and sounds, which they’ve come to associate with a rush of dopamine.

This cycle leads people to make choices that are objectively bad for them, like smoking carcinogenic cigarettes—or playing video games all day when you know you should be working, communicating with friends and family, or taking care of yourself or your dependents. You may be more familiar with gambling addiction, which already exists as a diagnosis. But it’s becoming clear that games can hurt you even if there isn’t any money on the line.

In fact, the arguments against including gaming disorder as an official addiction don’t tend to suggest that the compulsion can’t be dangerous and persistent. Some experts simply feel that “addiction” is too loaded a term, given the fact that many gaming “addicts” are children and adolescents. There is concern that classifying such an addiction could lead parents and doctors to classify normal video game use as a pathological behavior when it suits them, perhaps even leading kids to seek out more dangerous substances when their games are taken away.

For now, the only behavioral addiction in the DSM is gambling addiction. But some argue that addictions to eating, shopping, internet use, sex, and other activities should be included.

What does gaming addiction look like? Do I have it?

It’s important to note that the existence of gaming disorder does not mean doctors are saying games are inherently bad or dangerous. Video games can be an effective learning tool, and they can also just be fun. Fun is important! No one wants to take away your fun.

Here are the behaviors WHO would list as characteristic of gaming disorder:

That last one is really key. Humans are prone to making bad choices in the name of a good time, but you’re unlikely to wake up to an intervention after a single night of hitting the eggnog too hard at your parents’ house. Just as a standing Thursday happy-hour date with your best friend wouldn’t get you labeled an alcoholic, an hour or two of gaming slotted into your regular daily schedule does not an addict make. But if that planned hour tends to spiral into an all-nighter more often than you’d like, at the cost of your performance at work and school, it’s signaling a problem.

In some countries where marathon gaming is more socially acceptable, people have actually died from combinations of exhaustion, stress, malnutrition, and dehydration while sitting at consoles for days at a time. But the WHO’s designation doesn’t necessarily refer solely to these extreme cases.

It’s possible to have a compulsive behavior that negatively impacts your life without outright ending it. You might continue to play a game even though your spouse has made it clear that your relationship is suffering from lack of attention, or even though you know you have an important work presentation or school exam the following morning. You could forego healthy eating, hygiene, and exercise habits because you can’t pull yourself away from a game. If you consistently feel like you have no control over your gaming (and especially if you’ve felt the need to try to stop, or to lie about it) then you may be dealing with an addiction.

What should I do if I have a gaming problem?

Unfortunately, the fact that gaming addiction is such a recently recognized problem means that clinicians are still figuring out the best way to treat it. But the good news is that going cold turkey on video games is much gentler on your body than trying to drop drugs or alcohol without a doctor’s help. You may be irritable, and you’ll certainly have trouble avoiding your game of choice, but you’re not going to spend days feeling physically ill. Seeking out a healthier source of dopamine—like exercise—could help you get through the toughest period. But you should take care not to replace gaming with an even unhealthier addiction like drinking.

Ideally, you won’t do this alone. Non-gambling gaming addiction may not yet be in the DSM, but if a compulsion to game is costing you your health and happiness, a mental health professional can still help you. You should look for a therapist if you’re able. If nothing else, start talking to a supportive friend or family member about your concerns. And if even talking about your problem feels like too much to start with, you can dip your toes in with online resources like Reddit’s StopGaming forum. You don’t have to let a game take over your life, and you don’t have to fight your addiction alone. Help is out there.

A version of this article originally appeared on December 26, 2017. It has been updated.