Your first memory probably isn’t yours, no matter how real it seems

Around 40 percent of us may have a fictional recollection as our “first” memory. 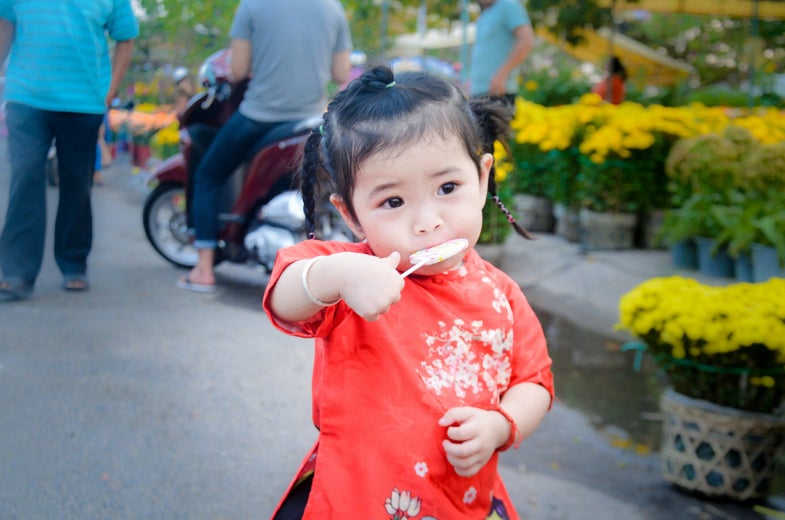 Think back to your earliest memory. What age were you in it? If its under two, you’re not alone. In a recent survey, 40 percent of people say they remember events earlier than age two. But here’s the problem: Most memory researchers argue that its essentially impossible to remember anything before those terrible twos. So what gives? Understanding how and why our brains form memories in the first place might convince you that if you’re in that 40 percent, perhaps your memory is a fictional one after all.

That number comes courtesy of a recent study out this week in the journal Psychological Science, which sought to understand when most people have their first memories and what they’re about. . The researchers asked 6,641 U.K. residents to describe in writing their first recollection and the age they were in that memory. They then used that data to figure out how many of these first impressions were real. Aside from interviewing friends and family (who might also have false memories), it’s difficult to determine whether a memory is real or not. Instead, the psychologists operated on the assumption—albeit an assumption backed by a lot of research—that people can’t remember anything before about age two. Based on that cutoff, 38.6 percent of the first memories in this dataset were fictional. Most of those were dated to somewhere between ages one and two, but 893 people claimed they could remember being less than one year old.

Why are researchers so quick to dismiss those first couple years of life thoughts? There’s a lot of research that suggests it’s all made up.

It might seem dismissive to assume that these memories are false, but memory researchers have good reason to conclude that people aren’t truly remembering being a baby. Research on infantile amnesia, the official term for the phenomenon in which we forget things that happened to us as babies and young children, has shown that it’s close to impossible to retain declarative memories at that young age. Babies can obviously remember other, nondeclarative things because they learn how to walk and talk—both of those are reliant on retaining some kind of information—but a declarative memory happens in a separate part of the brain.

We store nondeclarative or implicit memories all over our brains. The cerebellum and basal ganglia, which are areas of the brain located towards the base involved generally in voluntary movement, help you learn motor skills, for example. Declarative or explicit memories also involve multiple brain areas, but there’s one that plays a more crucial role: the hippocampus. Damage to the hippocampus will destroy explicit memories like your autobiographical ones—anything that’s a memory about yourself—but not implicit recollections. People with hippocampal damage can’t tell you much about their own lives (sometimes they can’t form new memories either), but they can still ride a bike.

During infancy and early childhood, the hippocampus is the site of a lot of new neuronal growth. This is crucial for brain development—you essentially have to learn how to learn, and that involves growing new cells to store new memories. But in the process of spawning new neurons, old ones get shoved aside. Sometimes the set of cells where a specific memory has been stored gets cut off, or the chunk of cells gets separated, thus destroying it. So it’s not so much that we can’t form memories when we’re young as that they quickly get lost in the shuffle.

In studies of human babies, psychologists found that 18-month-old infants could remember an event for up to 13 weeks. Babies as young as two months can retain memories for 24 hours. But it’s not until 20-24 months of age that the hippocampus is mature enough to store memories for much longer than that, even if it can technically stash them in the first place—kids just forget faster.

Because of this hippocampal maturing, we can’t really retain a memory from before roughly age two, and indeed this most recent study is in agreement with much of the literature that the average age for a first memory is just over three. There’s some variation in there—women, for example, tend to have earlier first memories than do men. First-born children also have earlier memories, as do certain cultures (people of Maori descent, for one, have earlier memories than those of European descent). Researchers think these variations may have to do with how much individuals are prompted to review and discuss their own memories, which helps to consolidate the memory for longer-term storage.

Memories before age two are probably not true memories, but rather are fictional memories that we’ve stored as a result of other people telling us stories about ourselves. If your father talked at length about one time when he was pushing your stroller through a park and a dog came and licked your face, you may eventually start to “remember” this event as if it were your own memory. The first time you heard it, it was definitely new. The second time it feels familiar. The third time it feels so familiar that you wonder if maybe you do remember it. Then you think yeah, you probably do recall that. And so on and so forth, until eventually you think of it as a genuine memory. Half of the pre-age-two memories in this survey involved a baby carriage, and another 30 percent were about some kind of family relationship, which means they could have easily been implanted by a family member’s story. People with first memories from the average age have more of a mix.

These false or fictional memories may still have a huge impact on us the way true memories do. They’re a part of the story we tell ourselves about our lives. Being fake doesn’t take away their meaning. The psychologists wrote in this study that recent research has found that false memories can help us. “For example, in adulthood, preserving a positive and consistent self-narrative helps a person maintain a positive self-image that can foster positive social interactions with others, ones that arguably enhance the rememberer’s quality of life,” they write. “Fictional memories are then part of the life story and may play a central, and positive, role in defining periods of life or lifetime periods.”

So if your first memory is of a dog licking your face in your stroller when you were one, know that you’re probably reconstructing that memory from stories about yourself. But if it’s part of your lifelong narrative of loving dogs? It really doesn’t matter.