Dermatologists warn against it, even if it’s super duper satisfying. 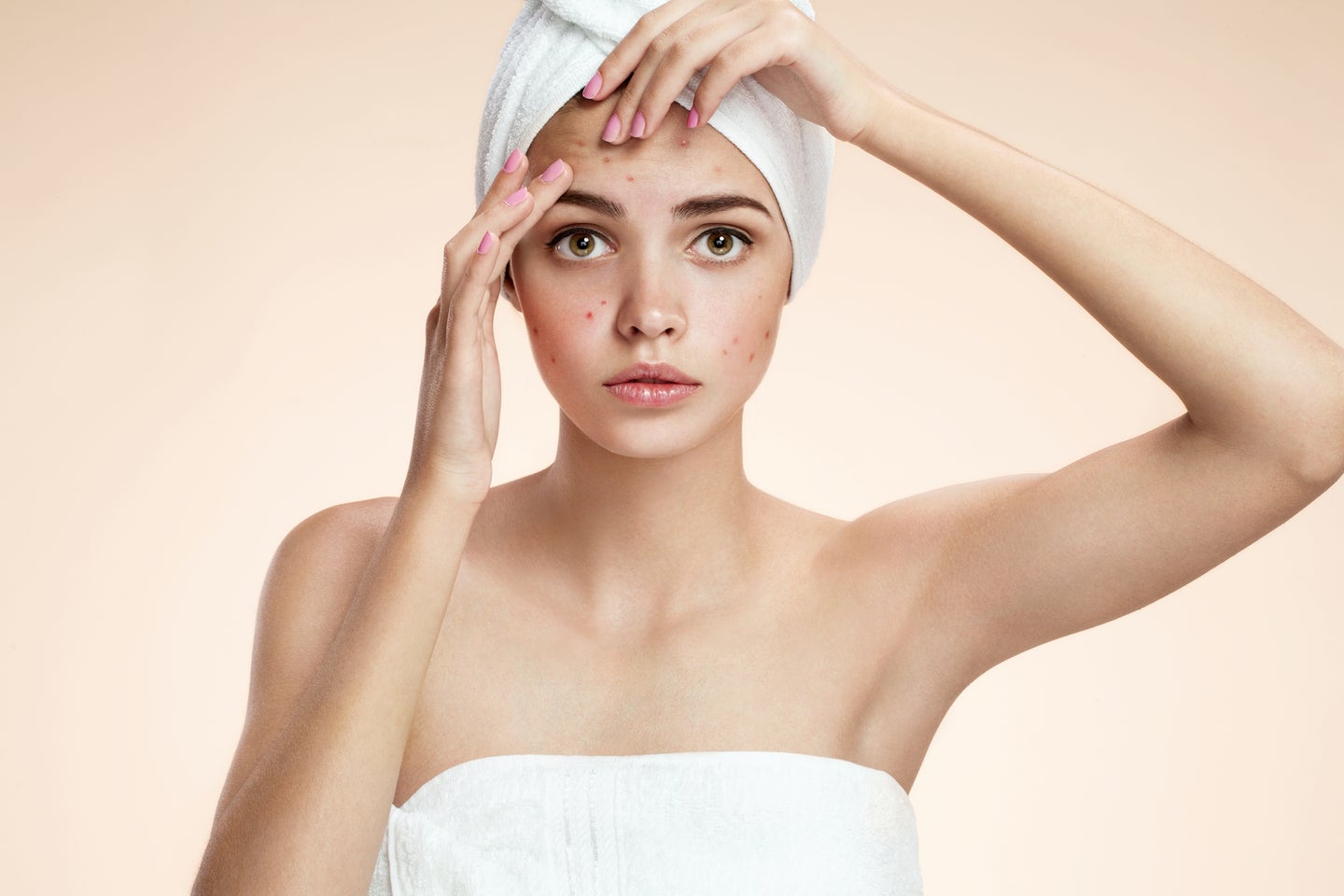 The only good thing about getting a zit is popping it. You see the bulging spot appear, expand, then evolve into a fully-formed, nasty, white-headed little sucker. Now, finally, after days of trying to hide the thing, you can lance it and squeeze all that pus out. After all, that’s how that Dr. Pimple Popper does it!

But here’s the thing: dermatologists don’t recommend popping your own acne. They actually recommend against it.

“As tempting as it may seem, do not attempt to lance your own pimples at home,” says Meghan Feely, board-certified dermatologist practicing in Manhattan and New Jersey, much to the dismay of every twenty-something who was told this whole acne thing would be over by now. Rebecca Baxt, a board-certified dermatologist practicing in New Jersey, agreed: “Never lance a pimple.”

If you can move past your disappointment, here’s why you shouldn’t pop a zit:

You’re asking for an infection

Both dermatologists stressed this: trying to lance a pimple yourself is pretty much guaranteeing an infection. Pimples look gross, and you think you’re making it better by eliminating the white pus, but what you’ve really done is turn an inflamed area into an open wound. Whether you stick a pin into the top or forcibly pop it, you’ve broken the skin barrier. And skin—even when it has a bulge under it—does a great job of blocking potentially infectious bacteria from entering your body. By introducing an opening, you’re giving those bacteria a chance to get inside.

Even if you just get a small infection, delaying the healing time only hurts you. You’ll end up dealing with a hot, red blob for longer than you would have if you had just left it alone.

You can get scarring

Inflammation is one of your body’s responses to foreign objects. It’s healthy in a lot of ways, but it can also end up causing damage. This is how you end up with acne scars. The inflammatory response changes the skin tissue, resulting in a small depression or a raised bump. People with particularly bad acne—think deep, painful, cyst-like zits—are more prone to scarring, but picking at or popping any zit makes permanent marks more likely by increasing inflammation.

The dermatologists we consulted both warned about the potential for scarring, and reminded us that serious acne should be treated by a professional. There are medications (which, of course, do not come without side effects) and injections and extraction methods that a dermatologist can perform to help your skin. Just because everyone gets acne doesn’t mean everyone is qualified to treat it.

You won’t really solve the problem

Let’s just say you don’t end up with an infection and you don’t get a scar. Even still, picking at a zit won’t help you. Acne is the result of clogged pores that are often full of bacteria or other irritants. When you go to push on the zit you may get a satisfying rush of pus, but you’re also pressing all that other gunk into the surrounding skin—just as your skin had managed to get it all contained!

We know it’s hard to keep your hands off a zit. But listen: go watch some pimple popping videos instead. It’s only vicarious satisfaction, but your skin will thank you.

What to actually try on a zit

Barring a trip to a dermatologist, there are a few things you can try to treat stubborn zits. To start, there’s the basic options of salicylic acid and benzoyl peroxide, the latter of which is more potent because it kills P. acnes bacteria (incidentally, not just any antibiotic ointment will work, so stay away from pore-clogging Neosporin). Drug stores sell spot creams with a higher concentration than standard face washes.

A lot of the other treatments you may have heard about—applying a warm compress versus icing it, for example—don’t have much evidence one way or the other. Ice will reduce inflammation temporarily, though in the long run you may want the inflammation since it helps you heal. Heat may help coax pus out of a zit, but you’re not supposed to be popping it anyway so… maybe not that either.

Unfortunately, if you’re dealing with a really nasty zit the best thing to do is see a dermatologist or just wait it out and keep applying that benzoyl peroxide. A professional can prescribe you other topical treatments to use at home, like retinoid creams that help reduce inflammation and prevent clogged pores in the first place. You may also get a topical or systemic antibiotics (they’re used less nowadays out of concern for antibiotic resistance), or possibly other anti-inflammatory creams.

For now, you just gotta wait it out.