Do Those Guys With Metal Detectors Ever Find Treasure?

Short answer: Every once in a (very long) while 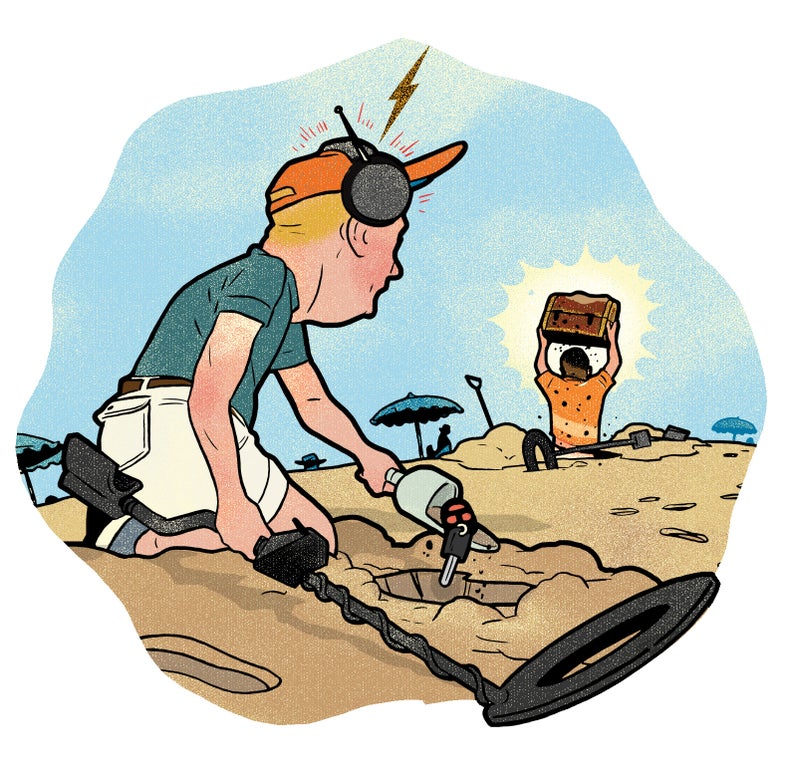 In 1975, a metal-detector hobbyist named Morton Leventhal made the front page of The New York Times when he stumbled on a piece of Roman antiquity. The Wall Street stockbroker was scouring a field overlooking the Jordan River in Israel when his Metrotech device started bleeping. He pulled out his knife and scraped away the dirt to reveal a life-size bronze statue of the Roman Emperor Hadrian, from the second century—a piece so rare it’s now in the Israel Museum in Jerusalem.

Finds like that fueled the metal-detecting craze of the late-1970s and 1980s. “Detectorists” of that era benefited from a major technology upgrade: the Very Low Frequency detector, which offered better ground-penetration than earlier models. In fact, hobbyists became so adept at finding buried treasures that professional archaeologists recruited them to scour Civil War battlefields and other historic sites, which they still do today.

But their prowess might be a bit overblown. Amateurs do, on rare occasions, turn up valuables: an Iron Age cache of Celtic coins in June 2012, another collection of Roman coins a few months later. But that doesn’t mean it’s a good way to prepare for retirement. A 1990s British survey of the hobbyists found that hardcore detectorists reported a median 13 finds per year.

“It’s incredibly unlikely to find an item that is worth millions of dollars,” says Suzie Thomas, a museologist at the University of Helsinki in Finland. She adds that most detectorists are simply in it for the hunt. “If you’re in it to get rich, you’ll probably give up after a few months.”

archaeology
ask anything
Ask Us Anything
Gadgets
september 2015